I need to be perfectly frank: this week gutted everyone that works on this site. So let’s address the elephant in the room: no matter what, this election was going to stir up some bad feelings and even worse behavior. People have felt disillusioned with the political system we’ve had because it sucks; that’s on all sides, no matter for whom you voted. Many referred to it as the need to elect the lesser of two evils. That’s led to the election of two men that scare the shit out of me. People have said that the “losers” of this election need to shut up and get over it, that we have no right to complain or protest (funny, I happen to remember rather clearly a contingency of people that demanded to see our current president’s birth certificate). This has led to the missing of a valid point: when we say we’re afraid, the adult thing to do is to ask why without condescending; it is a courtesy I offer to anyone I encounter, because in actively attempting to listen, you work toward being part of the solution rather than the problem. So when we say we’re scared, we’re worried about the denial of environmental damage, and the world we’re leaving behind for our kids. We’re concerned about the denial of healthcare coverage, as well as the broadening gap between the haves and the have nots, which includes college. We want our veterans to come home to good healthcare when they’ve lost limbs and the ability to sleep or even function while walking down the street; they’re owed that. We’re scared of the fact that extremist groups and casual racists now feel emboldened enough to make life difficult for those of us that just want to exist. Did rape exist prior to the election of Trump and Pence? Yes, just as gun violence, sexism, racism and religious bigotry.

The message is that we’re scared that this is going to get worse than it already has. The groups telling us that we need to stop complaining are the same groups that can safely go to bed at night. They don’t have to worry about corrective rape (with which I’ve been threatened), gay bashing (which can and does include murder for something commonplace, such as walking into a bar), and the blatant racist attacks (some of which have happened locally, and have involved elementary school aged children, which is disturbing on a multitude of levels). Gang, I am the B in the LGBTQ; Nika is the T. It directly impacts me when someone tells me that they hope I get murdered and burn in hell. It directly impacts me when Nika has to fight to be treated as a person. And it directly impacts the women I am lucky enough to know and love dearly when our vice-president elect endorses punishing women for having miscarriages, something which happens without rhyme or reason. Some of the good people I know are terrified that they will no longer have insurance, making everyday ailments that much more difficult to treat. This is not the world I want, and not just for me.  It’s not the world I want for the countless others – gay, straight, black, Muslim – that I do not know. Those people may not have the same support systems I have.

And I will fight for them, here, in this country. I’m not going anywhere, despite that Canada is awesome, closeby, and in possession of three of my favorite things: poutine, hockey, and Justin Trudeau. My place is here, game face on. I will always listen. I will seek to understand and educate, but the respect needs to go both ways. You are safe with me. 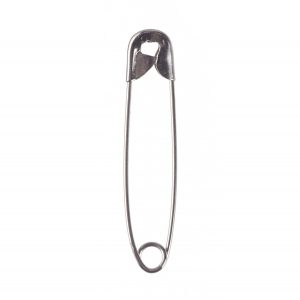 Now that that’s out of the way, down to business. This week, we’re looking at Willy Wonka and the Chocolate Factory as it relates to the dark message of conformity to someone else’s will. We’ll also recommend the cult classic Home For the Holidays this week. It might be a bit light due to the impending holidays, but we’ll be around. Always.