Warning: count(): Parameter must be an array or an object that implements Countable in /homepages/45/d96662078/htdocs/clickandbuilds/TheBackseatDriverReviews/wp-includes/post-template.php on line 316
↓
Home→Comedy→Weekend Movies: Five Reasons to Watch Help!

Some people prefer The Rolling Stones. Me? I’m a Beatles fan. I went through my Beatles phase when I was about 12 and it never stopped. No shame in that. I love the Fab Four. Part of that love extends into their films, which included my favorite of theirs: 1965’s Help! I threw it on this past weekend and remembered why it was such a good time. Here are five reasons to watch it this weekend. 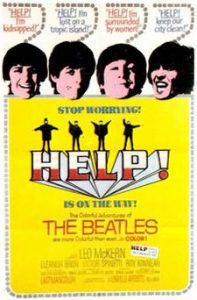 More like ridonkulous. This film, on paper, is pretty awful: Ringo comes into possession of a ring whose bearer becomes the human sacrifice of a stereotypical Indian cult. That’s pretty offensive, and the accents are just as bad as the cultural insensitivity. But then, we’re expected to believe that mad scientists would be employed to separate Ringo from the ring, and that the most famous men in the world all live together in a communal apartment devoid of any groupies in between playing songs in fields. It makes no fucking sense. It’s glorious.

If you don’t like the album Help!, we just can’t be friends, I’m sorry. It has peaks and valleys, and it’s so goddamned catchy. There’s a reason these guys were (and are) beloved: they knew how to write a good hook, and their voices aren’t annoying. “Ticket to Ride” is a good tune; there’s no other way to slice that. I also liked “Another Girl” and “I Need You,” which speaks to my great love of George Harrison. It’s nice to not have to choke down Beyonce or Taylor Swift in a soundtrack. 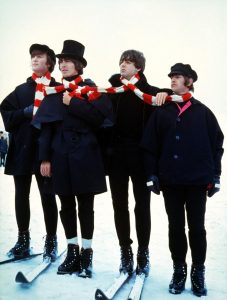 #3 – There are moments of humor

Okay, so between Paul’s shrinking adventure, the antics to try to get the ring, and some of the delivery of the dialogue, this movie is wacky. The deadpan delivery by four men who aren’t actors by trade (and boy does it show at times) combined with the weird situations make for something that is so strangely humorous that it’s difficult to put into words. Watching these guys get put into these oddball situations as though it’s completely normal will cause at least three involuntary chuckles.

It’s easy to forget in this day and age – with One Direction and 5 Seconds of Summer (and yes, I truly hate that I know those “bands”) – that the tradition of the boy band goes way back. There are quite a few people that consider The Beatles to be the first in a wave of wildly profitable boy bands. They were marketed as having their own roles to fill: the funny one, the cute one, the quiet one, and Ringo. These roles are unabashedly reinforced in this film. It’s like watching the beginning of the current trend of absolute frenzy. 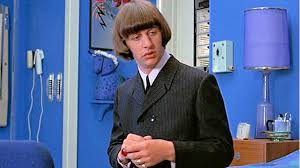 Ringo is the bomb.

Of course we were going to get to these two characters. Foot (Victor Spinetti) and Algernon (Roy Kinnear) attempt to make off with the ring in order to rule the world. Now, how they intend to rule the world with a ring that causes death, I don’t know, but that’s half the fun – they’re a bit like Pinky and the Brain in that respect. The best part? Kinnear was Mr. Salt in Willy Wonka and the Chocolate Factory. Veruca’s dad worked with the Beatles. That’s good enough for me.

You might need to dig a bit for this one, but it’s totally worth it.