***This article contains spoilers for all of season 1 of Love. If you’ve already seen it or think I should stop telling you how to live your life, kindly continue*** ***Also buckle up for feels. Not all the, but some*** … END_OF_DOCUMENT_TOKEN_TO_BE_REPLACED 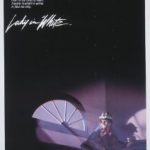 A couple of weeks ago, Fright Rags put on a great event at The Little Theatre here in Rochester. Their Saturday Night Rewind featured a 35mm showing of The Lady in White, a 1988 ghost story from writer/director Frank LaLoggia … END_OF_DOCUMENT_TOKEN_TO_BE_REPLACED