Warning: count(): Parameter must be an array or an object that implements Countable in /homepages/45/d96662078/htdocs/clickandbuilds/TheBackseatDriverReviews/wp-includes/post-template.php on line 316
↓
Home→Bios→Nika Black 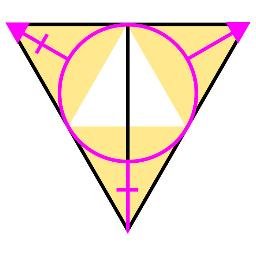 After thirty-something years in a land of unicorns, rainbows, and male privilege, Nika Black has decided to leave that all behind and live in our world.  Why would she leave all that behind?  Because Nika is a bad ass bitch ready to chew bubblegum and kick ass (and she’s all out of bubblegum).

Fandoms include (but not limited to): Doctor Who, four Star franchises: Wars, Trek, Gate, and Search (not in that order), Farscape, Firefly, video games, board games, Studio Ghibli, and comics.

Please join Nika and her column, where we’ll discuss Transgender issues and how they relate to popular media.  Everyone Trans or Cis is sure to enjoy it!

Nika Black may be reached at @nycablack on Twitter, and via email at nyca.black@gmail.com.