Prevenge has proven to be divisive: people either love it or hate it. The film chronicles the revenge quest of expectant mother Ruth (Alice Lowe) against those she holds responsible for the death of her partner in a climbing accident. … END_OF_DOCUMENT_TOKEN_TO_BE_REPLACED 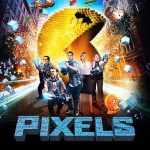 Let me start this by saying that never in a fucking million years did I think I’d be covering an Adam Sandler film for analysis outside of Punch Drunk Love. To be completely fair, Sandler didn’t write this – this … END_OF_DOCUMENT_TOKEN_TO_BE_REPLACED

One of the best parts about knowing other writers is cool stuff they pass your way, and the resulting relationships that can grow out of that. As such, I’ve gotten to know some pretty cool artists – actors, musicians, directors. … END_OF_DOCUMENT_TOKEN_TO_BE_REPLACED

Note: in my last Trailer Tuesday, I mistakenly named Dakota Fanning as a featured performer in the remake of The Beguiled. It is actually Elle Fanning who is playing the role. (Erin’s note: I spaced on that one. Ooops.)

It’s been 26 years since we’ve been to the logging town of Twin Peaks and bore witness to the twisted secrets intermingled with soap opera-y camp.  The David Lynch/Mark Frost project only lasted two seasons, as studio executives pressured Lynch to reveal Laura Palmer’s murderer, thus forcing Lynch abandon the core mystery of the series and instead find as many ways as possible to delve into mindfuck mythology that enveloped the town’s inhabitants and – eventually – FBI’s Agent Dale Cooper. But the mystery of Twin Peaks kept haunting viewers, and the specter of Laura Palmer kept returning in a prequel movie, countless references and spoofs, and in a comedic tribute. With the series’ availability through Netflix’s streaming content, new fans are continuously wooed into Twin Peaks’ dark web. However, it’s Showtime that has scored the coup of rebooting the series (scheduled for May 21)  with much of the original cast. The denizens of Twin Peaks may be older, but are they any wiser?

If you haven’t seen the series, I actually don’t recommend watching the extended trailer released by Showtime, nor the linked content above, as the entire story is pretty much hashed out. Yes, it is a 26-year-old show and the reveal of spoilers is kind of moot. But a new generation is embracing older cultural phenomena like Twin Peaks (see also: The X-Files and Mystery Science Theater 3000, both of which were also rebooted), and it will no doubt find a broader audience the second time around. Until such time as all interested parties get caught up on the Twin Peaks saga, here’s a little something to whet your appetite along with that slice of cherry pie and a damn fine cup of coffee:

Well, well, well. Some of you may know that one of our writers, Headmistress Erin (sidenote: I want to be addressed as “Headmistress Erin” in any capacity, in all situations – funerals, weddings, business meetings, you name it), contributed to … END_OF_DOCUMENT_TOKEN_TO_BE_REPLACED