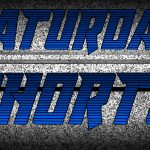 Yes, yes, I know, I know – a film about love around Valentine’s Day. Don’t really care. I stumbled across the short film on YouTube and it was enough to give me pause. Here’s Jackson Massey and Dylan Shepherd’s Love Unexpected. … END_OF_DOCUMENT_TOKEN_TO_BE_REPLACED

My couch and I are engaged in a love affair. I’ve mentioned that before, right? If I haven’t, well, I’m here to say it loud and proud: I love my couch. We’re rather intimate. It knows the shape of my … END_OF_DOCUMENT_TOKEN_TO_BE_REPLACED 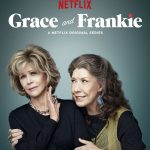 Okay, how great is Grace and Frankie? How can you not love a show that’s well-acted, well-written, and tackles subjects such as sexuality, addiction and aging with complete tact and humor simultaneously? One of the subjects of the show I’ve … END_OF_DOCUMENT_TOKEN_TO_BE_REPLACED

The title has absolutely nothing to do with today’s trailer. Or maybe it does, if peripherally. The trailer for the latest installment in the Star Wars franchise dropped during the Superbowl, and every football fan who fancies themselves a sci-fi nerd had something to salve their crushed spirits – that is, if they were a Patriots fan or disappointed that Justin Timberlake didn’t have another wardrobe malfunction to make the halftime show interesting.

Now, we get to see the backstory for the smuggler turned resistance fighter who zoomed into our hearts in the Millennium Falcon with a wookie for a co-pilot. I don’t really have much to say about it. I’m sure that’s disappointing for those of you riveted to my hard-hitting commentary, but it’s late and my boyfriend keeps trying to show me videos on Reddit. Suffice to say, that the trailer makes me a little suspicious as to if they will try to show some tragic backstory with a lost love, which kind of takes away from the tough-talking rogue who fell for a badass Princess Leia. Somehow, I liked it better that he was just a scoundrel indebted to a Jabba the Hutt mob boss and was motivated by profit. No doubt there was good in him, or he wouldn’t have been won over to Luke and Leia’s cause. But I don’t know if there was any idealism in it. He just liked them in spite of himself and was always up for giving the reigning authority a good poke in the eye. And then he fell in love…

But maybe I’m just too jaded. Or too sleepy to get terribly worked up over it.

Hey, apparently, there’s a big sports thing going on today.     Zero. Fucks. Given. This week, we’re headed for some Netflix. Not quite at the Netflix and chill level yet, peeps (I’m owed at least one more pizza. I … END_OF_DOCUMENT_TOKEN_TO_BE_REPLACED

Have you ever visited a site called Daily Grindhouse? It’s a pretty cool movie site. They do news, they do reviews, they have a spotlight on Asian cinema (that sound you hear is me swooning. It’s like a combination of … END_OF_DOCUMENT_TOKEN_TO_BE_REPLACED

I was talking with my friend Cate the other night about The Machinist over dinner. The 2004 film concerns Trevor (Christian Bale), a machinist who begins to doubt his sanity whilst playing a game of cat and mouse with a … END_OF_DOCUMENT_TOKEN_TO_BE_REPLACED