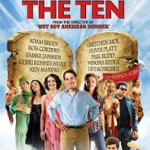 Raise your hand if you love Wet Hot American Summer. (Me in the cheap seats: “OH! ME! ME! I DO! I DO!”) The best part about that crew is the fact that they’ve been working together for the better part … END_OF_DOCUMENT_TOKEN_TO_BE_REPLACED 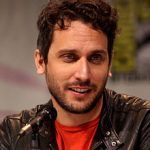 Sexual assault is never a fun time, yet there seems to be a contingency out there that functions under the thought process that the issue of not giving consent is somehow negotiable. It’s a devisive issue that’s not lost on … END_OF_DOCUMENT_TOKEN_TO_BE_REPLACED

Hollywood seems to be taking a break from the glut of preachy comic book adaptations to seek out inspiration from true-life events. We had Sully, and then Snowden, and now another movie has joined the roster of more biographical films to hit theaters in the near future.

Mark Wahlberg, Kate Hudson, Kurt Russell, and John Malkovich star in a dramatic retelling of the Deepwater Horizon explosion in 2010, a disaster that caused so much damage, that the environmental effects are still being determined by scientists and professors. The trailer illustrates that this will be told from the rig workers’ perspectives, with a great deal of emphasis on Wahlberg’s character’s family life and how the rig’s explosion will affect the “folks back home” as they wait to hear the fate of their loved ones. A scene with Malkovich indicates that the portrayal of BP Industries, who had leased the rig at that time, will not be entirely sympathetic, and so we the audience may get a primer on the cost-cutting measures that led to a disaster not seen since the Exxon Valdez oil spill in the 1980s. While still a very touchy topic, it’s also a divisive one as there are still those who don’t want to bite the hand that feeds them, so to speak, in questioning the ethics of the petro-chemical industry. Deepwater Horizon is scheduled to come out this Friday, September 30, 2016:

This morning, I woke up to a freezing cold home filled with donuts, apple cider, and enough beer bread to keep me happy and stationary all day. We’re about to get into the wonderful month of October soon (which means … END_OF_DOCUMENT_TOKEN_TO_BE_REPLACED 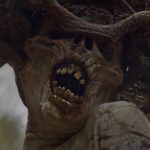 Oh, Crypt TV. You are a thing of wonders. I was rummaging around this week and by complete accident, found a gem from the writing/directing team of Ben Franklin and Anthony Melton. It’s an under-five-minutes film called The Birch, and … END_OF_DOCUMENT_TOKEN_TO_BE_REPLACED 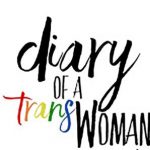 This week, I’d like to step away from the typical TV show and movies I cover, and share a podcast with you.  I listen to a group of podcasts from the Frogpants Network and its sister network, The  Diamond Club. … END_OF_DOCUMENT_TOKEN_TO_BE_REPLACED 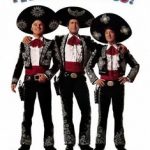 Westerns and I are not known for being close bedfellows. I’m not entirely sure why, but I’m guessing it has something to do with the romanticizing of taming the American West in the face of the pain and degradation caused … END_OF_DOCUMENT_TOKEN_TO_BE_REPLACED 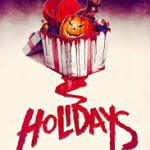 In the throes of a stomach bug, I sat down to watch 2016’s Holidays. I know, not the wisest move from someone trying not to puke, but horror fans are a breed unto themselves. I have to be honest: I … END_OF_DOCUMENT_TOKEN_TO_BE_REPLACED

Dumbledore Gets an Upgrade

Fans of the Harry Potter series may have been staggering about hollow-eyed after The Deathly Hallows ended five years ago. With the closure of a story that defined most of their childhoods, there doesn’t seem to have been anything to fill the void left by one of the most successful franchises of all time. It’s not likely that Miss Peregrine’s Home for Peculiar Children will be another Harry Potter, but the formula is in place: a book turned movie about an “ordinary” boy who discovers a world of “extraordinary” kids and realizes he’s not so ordinary after all. In fact, he is the chosen one destined to save them all from a nameless evil. Except in this case, the wizened old headmaster has been replaced with Eva Green.

This original source material by Ransom Riggs was popular on the young adult scene for about 70 weeks and has an intriguing back story. Riggs, a collector of ephemera, came across a stack of vintage photographs that seemed designed to induce nightmares. Riggs, instead, gave them all backstories, and turned them into a close-knit community of orphans with special powers and watched over by a shapeshifting headmistresss named Miss Peregrine. The lead character is led to their orphanage in his quest to discover what happened to his grandfather, who also grew up in the orphanage. What follows is a story of time warps, vicious monsters, and the beautifully strange children who huddle together in their Welsh orphanage to survive the Blitzkrieg during WWII. It’s an enjoyable tale that has enough eeriness to spare for a film adaptation, and director Tim Burton should be the right man for the job. Miss Peregrine’s Home for Peculiar Children opens nationwide on September 30, 2016.

This past week, I got a chance to sit down with the Raptors In the Kitchen podcast. The guys and I had a chance to talk about Kubo and The Two Strings, as well as Don’t Breathe, vast quantities of  … END_OF_DOCUMENT_TOKEN_TO_BE_REPLACED