Disney Re-introduces Beauty and the Beast for a New Generation

Beauty and the Beast has always been my favorite fairy tale. Cinderella’s moral was too neat (be good and you’ll marry a handsome prince) and even in the original Grimm versions of Snow White and Sleeping Beauty the main characters didn’t seem to have any defining traits other than being beautiful, displaced princesses. Beauty was a regular girl, brave and selfless, and motivated by love for her family – not to one day marry the prince.  Even if one can guess what the deal is with the Beast, he enters the story shrouded in mystery with the off-putting habit of asking Beauty every night if she’ll marry him. The original animated version of Beauty and the Beast takes these same elements and gives it some humor and rounded out motivations for the Beast and even the enchantress who curses him.

The Disney film came out when I was a freshman in high school, so I suppose I wouldn’t have been the target audience for it. That’s the thing about this movie, though. Whereas later Disney films like The Lion King had a bit more schtick aimed at the kiddies, Beauty and the Beast told the story like an adult who expected that their audience, young and old, could handle it. The characters were three-dimensional, the animation was gorgeous, and the story was…well…old as time. Unlike the travesty of Bella and Edward, the Beast wasn’t supposed to be a darkly sexy Prince Charming. He wasn’t even charming when he WAS a prince. And Belle wasn’t taking any of his crap.

Now we have Disney giving one of its most classic films the live-action treatment, and I have been admittedly skeptical. I can appreciate re-introducing these stories to a new audience by casting well-known actors and “updating” the story. But the latter is where I often find myself struggling to accept it. Rather than bash you over the head with “they’re just misunderstood” and “see…they’re ahead of their time”, the original movie just let you watch the interactions and come to that conclusion yourself. Realistically, Belle just thought she was odd and her father reacted the way any proud father would have (“oh, of course not”), but didn’t present the clunky dialogue found in this trailer. Still, this looks to be a shot-for-shot remake, and I am enjoying Emma Watson’s and Luke Evans’ characterizations as Belle and Gaston respectively. The cast is rounded out with Ewan McGregor as Lumiere, Sir Ian McKellen as Cogsworth, and Dan Stevens as the Beast. I may not be 14 anymore, but I’m still enough of a sucker for this story that I know where I’ll be on its opening night. 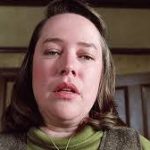 “Misery is a book about cocaine. Annie Wilkes is cocaine. She was my number-one fan.” – Stephen King Misery was first published in 1987, with the film adaptation following a few years later in 1990. It tells the story of … END_OF_DOCUMENT_TOKEN_TO_BE_REPLACED

Oh this freaking week. On top of being sick, the political climate here just fucking sucks. I’m not really in the mood to cover Valentine’s Day stuff, but what the hell. I’m going for it anyway. Wednesday is going to … END_OF_DOCUMENT_TOKEN_TO_BE_REPLACED

The Shadow Before. Why am I doing this, you may ask? Well I pose back to you, who do you think you are? My therapist? No, you’ll still take my calls…. Regardless, over the last few month after an annual … END_OF_DOCUMENT_TOKEN_TO_BE_REPLACED

In the throes of a cold that just would not quit (I’m referring to it as The Consumption of Late 2016), I caught the 2016 horror/comedy Ghost Team. Directed by Oliver Irving, it tells the story of Louis (Jon Heder), … END_OF_DOCUMENT_TOKEN_TO_BE_REPLACED 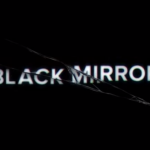 Full disclosure: when I first watched the episode “Playtest” of anthology series Black Mirror, I didn’t hold out much hope for the acting skills of Wyatt Russell. I’m generally cautious of second (and third) generation Hollywood because they’re not as … END_OF_DOCUMENT_TOKEN_TO_BE_REPLACED

I’m not the biggest fan in the world of Anne Hathaway. I do enjoy her, but I need to have small doses. Luckily, she’s been kind of quiet lately, which means that I’m ready for another dose. What better way … END_OF_DOCUMENT_TOKEN_TO_BE_REPLACED

It’s the start of a new week, after some global upheaval. It’s not going away. Time to put on our gloves, bow respectfully, and get down to biz. This week has an odd little theme to it: the self. We’re … END_OF_DOCUMENT_TOKEN_TO_BE_REPLACED

I’m not doing a cutesy intro because I’m not in the mood. Instead, I’m going to cut right to the film. Here’s Ying Wu and Lizzia Xu’s Spellbound. Of all the weeks… we need this one this week. There are a lot … END_OF_DOCUMENT_TOKEN_TO_BE_REPLACED

Quite often, you find that you stumble across things that can either be really good or really bad. I was fully prepared to dislike Billy O’Brien’s I Am Not a Serial Killer. It’s the story of John Wayne Cleaver (Max … END_OF_DOCUMENT_TOKEN_TO_BE_REPLACED