“One night over supper I wondered aloud what would happen if Dracula came back in the twentieth century, to America. “He’d probably be run over by a Yellow Cab on Park Avenue and killed,” my wife said. That closed the … END_OF_DOCUMENT_TOKEN_TO_BE_REPLACED

Yeah, yeah – I know that I just griped to high hell about The Handmaiden, but you’ll get over it because I already have (we bounce back quick around here once we’ve had the chance to rage. Except for Lust, … END_OF_DOCUMENT_TOKEN_TO_BE_REPLACED 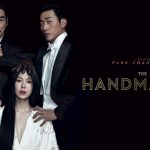 I haven’t done one of these in a long time, and had pondered a few other contenders in a bid to get back to the basics. But then… Park Chan-wook’s The Handmaiden happened. I wanted to like this one. I … END_OF_DOCUMENT_TOKEN_TO_BE_REPLACED

So I was going to post something nice about how on Mother’s Day, I remember the women who are yearning to becoming parents; this year, I direct you to read up on how some wonderful, resilient people may feel with … END_OF_DOCUMENT_TOKEN_TO_BE_REPLACED

Some people prefer The Rolling Stones. Me? I’m a Beatles fan. I went through my Beatles phase when I was about 12 and it never stopped. No shame in that. I love the Fab Four. Part of that love extends … END_OF_DOCUMENT_TOKEN_TO_BE_REPLACED 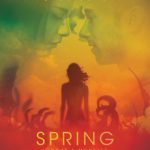 Ever fashionably late, I first caught Spring about a week ago as of the time I write this, making me the old lady that’s officially out of the loop with what the cool kids are doing. The film definitely lived … END_OF_DOCUMENT_TOKEN_TO_BE_REPLACED

I expect most people are highly anticipating the next installment of the Alien franchise, and so I’m going to cover it for this week’s highlighted trailer. As for me, the first Alien was so hard to beat that I wasn’t especially curious about the sequels (though I feel I owe it to myself to at least watch Aliens…as in, Alien with an S). When Prometheus came out, I was intrigued enough to grab a friend and head to the theater. Not much to say there, other than I was as underwhelmed as everyone else, and also quite irritated at stupid stuff like the heroine jumping across ravines and banging her stomach in the process AFTER giving herself a space-age C-section. As a result, my general reaction to anything Alien-related was along the lines of, “Meh.” But now we come to the next chapter in the Alien saga, and it appears to be getting back to giving the audience what it returns to these movies time and again to see…the friggen alien! And of course, we’re going to see them in their entirety here: from larva to adult with a new selection of human incubators. With the reappearance of Michael Fassbender as the android from Prometheus, it’s my guess that they are back on the same planet, only now all life has been eradicated by the aliens that were left there and allowed to breed.  I may be wrong about that, but I’m willing to take bets. You can send the money you lose to me when I’m proven to be right through Erin. For now, here’s the trailer so that you can make your own predictions:

The second trailer for It came out yesterday and I prompted went bonkers over it. Let’s review, then we can have some coffee talk about it in a few, okay? First, the good. The lighting looks tense! The sets are … END_OF_DOCUMENT_TOKEN_TO_BE_REPLACED

I don’t know about the rest of you, but I want to lie down and sleep for an hour or two or 300. So we’re going to combat that feeling by getting into the swing of things with some analysis … END_OF_DOCUMENT_TOKEN_TO_BE_REPLACED

So last year, my friends Scott and Liam over at the Scott and Liam vs. Evil podcast (still a cool cast, by the way) introduced me to this little gem of a film, and I got to see a preview … END_OF_DOCUMENT_TOKEN_TO_BE_REPLACED