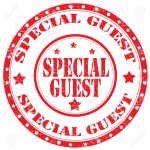 “I could do without all of the Children of the Corn sequels. I actually like the original pretty well. I thought they did a pretty good job on that.” – Stephen King   On a cross country road trip, a … END_OF_DOCUMENT_TOKEN_TO_BE_REPLACED 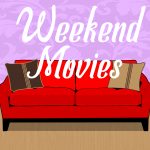 Living in America, one can’t help but feel the pull of religion lately as it digs its way even further into the legal system. What’s the best way to approach it then? Black comedy, of course. 2004’s Saved! is the … END_OF_DOCUMENT_TOKEN_TO_BE_REPLACED 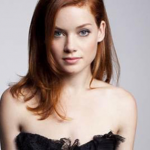 A couple of weeks ago, I wrote up issues of class, race and privilege in Don’t Breathe. Here’s the oddball crux with that film for me: while I didn’t like the strange plot holes, I really did enjoy Jane Levy’s … END_OF_DOCUMENT_TOKEN_TO_BE_REPLACED 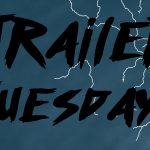 After a quick double check, I noticed that we haven’t yet covered the trailer for A Quiet Place, an upcoming horror film starring real-life husband and wife, John Krasinski and Emily Blunt. The original teaser trailer dropped way back on February 12, and there is now a more fleshed-out “official” trailer to whet your appetite before the April 6 release. Personally, if you’ve managed to avoid the new trailer…please continue to do so. The teaser is much more terrifying and lends itself to more speculation as to what this terrorized family is hiding from. Clearly, they can make NO sounds. Knitted squares are used for board game pieces and the family communicates via sign language. They must cover literally their tracks and paint the floorboards to know where to step. The new trailer indicates that the setting is some post-apocalyptic landscape inhabited by something intent on eradicating anyone who’s survived. But, like most trailers, they showed a bit too much. Not a lot, of course, but I think this is a story where the less you see, the better.

It’s nearly Easter, which means that in a week and a day, HALF PRICED CANDY!!! Happy days are here again!     This week, I’m taking a look at some of my own bullshit. Ever have an actor you just … END_OF_DOCUMENT_TOKEN_TO_BE_REPLACED

Sofia Coppola did not exactly have a great 2017. The Beguiled had some issues, to say the least. One of my favorite pieces of 2017 press, coincidentally, came from that promotional lag: longtime collaborator Kirsten Dunst basically told her boss … END_OF_DOCUMENT_TOKEN_TO_BE_REPLACED 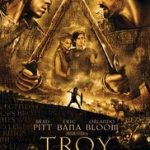 I got kind of nostalgic for the early aughts, so I went looking for movies to watch again. I stumbled over Troy on Netflix, a 2004 period piece written by David Benioff and directed by Wolfgang Petersen. Based on Homer’s … END_OF_DOCUMENT_TOKEN_TO_BE_REPLACED

Some of the subject matter the past few weeks has been, shall we say, heavy. So it’s time to blow off some steam. Remember how I said that you shouldn’t start ripping on something unless if you’re going to criticize … END_OF_DOCUMENT_TOKEN_TO_BE_REPLACED