This time of year, classical music is a big deal for me. Given, it’s a big deal during other points of the year (springtime with Stravinsky is such a rich experience), but something about the snow falling and a violin … END_OF_DOCUMENT_TOKEN_TO_BE_REPLACED

Shout out to Rachel Bellwoar, one of my fellow writers over at That’s Not Current. For at least two months now, there has been a brewing battle over at TNC regarding Christmas movie supremacy. I’m in favor of Die Hard (it’s … END_OF_DOCUMENT_TOKEN_TO_BE_REPLACED 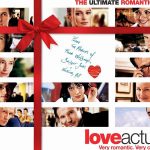 Last year, I defended the living hell out of the cue card scene in Love, Actually. I still stick to that: it’s not creepy. You know what, though? The movie’s not entirely off the hook. Do I love the different … END_OF_DOCUMENT_TOKEN_TO_BE_REPLACED

First things first: many thanks to Erin for giving me a couple of weeks to focus on moving into a new home and hosting family for Thanksgiving in the new place. It was a slice. And here’s hoping everyone had a splendid Thanksgiving and is at least OK with hearing Christmas carols every time you walk in a department store until December 26th; the same four or five songs that have been rebooted 343,545,654,654,645 times plus Baby, it’s Cold Outside. Nothing prepares one for the holidays like the vague insinuation of date rape.

Since I’ve been away, I’ve learned of the reboot Universal plans to give its classic movie monster series from the 1930s and 1940s, beginning with The Mummy. This is not to be confused as a revisit of the Brendan Fraser films (which I personally liked and is closer plot-wise to the original 1932 film) but takes a more serious tone with Tom Cruise as its leading man. The titular mummy appears to be the objective of some military-backed mission that brings it to London via plane crash: a crash that Cruise’s character seems to not so much survive but return from the dead in a Highlander sort of way. So he’s either immortal, or superhuman, or under some spell from the mummy. The mummy is also reimagined in a way reminiscent of the Enchantress character from Suicide Squad. So the bandages are gone and she sports four irises and face tattoos.

At first, the trailer looks as if it is giving away too much of the movie, but the editing of scene choices and dialogue is so confusing that I’m at a loss to guess what the mummy’s deal is or how Cruise factors into it. He seems to have some preternatural understanding of it, given his reaction at the beginning, but it’s not clear how. Overall, this clearly has a more Marvel sensibility, with plane crashes, explosions, and grandiose showdowns with the mummy, and I wouldn’t be surprised if that’s the road Universal is taking to keep up with the other studios’ offerings of gods and monsters of the comic book variety. Seems a shame, really. A little elegance went a long way in the classic monster movies, but I guess the Apple generation needs its bells and whistles.

I started Christmas shopping this past week. Let’s just say that the older I get, the more I like online shopping, wherein I don’t have to listen to overly permissive parents try to get little Peyton to behave. We’re going … END_OF_DOCUMENT_TOKEN_TO_BE_REPLACED

We’re officially into December, which means that Christmas kindness and cheer is about to get rammed down our throats like that girl on a pole in Cannibal Holocaust. I’m kidding. Okay, half-kidding. So while we’re all feeling good about ourselves, … END_OF_DOCUMENT_TOKEN_TO_BE_REPLACED

I seldom do chick flicks because I can’t stand their extreme emotional manipulation. There, I said it. I don’t like movies that go out of their way to prey upon my stereotypical triggers for crying. I don’t want to get … END_OF_DOCUMENT_TOKEN_TO_BE_REPLACED 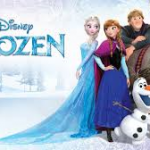 I hate musicals. Naturally, within the first two minutes of Disney’s Frozen, I was already pondering whether or not a fall from the balcony of the movie theatre would kill me or merely render me paralyzed and unable to escape … END_OF_DOCUMENT_TOKEN_TO_BE_REPLACED

I don’t know about you, but I did not go shopping this weekend. In fact, I tend to dislike shopping. Unless if it’s makeup or an anime shop; then all bets are off. So it’s been a matter of avoiding … END_OF_DOCUMENT_TOKEN_TO_BE_REPLACED

I have a rule around my home concerning Christmas: nothing Christmas-y until after Thanksgiving. If I spot one string of lights before the fourth Friday in November, I will drop kick my shit across the room and erupt into a … END_OF_DOCUMENT_TOKEN_TO_BE_REPLACED