Warning: count(): Parameter must be an array or an object that implements Countable in /homepages/45/d96662078/htdocs/clickandbuilds/TheBackseatDriverReviews/wp-includes/post-template.php on line 316
↓
Home→holiday→Weekend Movies: Five Reasons to Watch Little Women

I seldom do chick flicks because I can’t stand their extreme emotional manipulation. There, I said it. I don’t like movies that go out of their way to prey upon my stereotypical triggers for crying. I don’t want to get lured into emotional blackmail so that I’ll cry in a theatre with a bunch of strangers. I will, however, watch 1994’s Little Women. It’s one of the few. Here are five reasons why you should watch it this weekend.

Christmas happens at least twice in this movie. Given, it spans over quite some time and features other seasons, but when there’s more than one Christmas, it definitely counts. It starts off in the cold and has two major events that occur in this time frame: there’s the gift of the breakfast to the poor German family at the beginning, and then the happy moment with the piano later on. Shit, I mentioned the piano. Now I’m feeling things.

I see Christmas greenery. It counts.

Much like my loathing of Julia Roberts (I do not fucking forgive you for that annoying laugh, Julia), I greatly dislike Claire Danes. You can say that she’s good on Homeland all you like, but she bugs the ever-loving shit out of me. Spoiler for anyone that’s familiar with the source material: her character, Beth, bites it. Yeah, I know, I ruined Christmas. However, if you’ve ever had one actor that you can’t stand in a role that dies, you know the sick satisfaction of it. It’s not a proud moment – nor do I wish any harm on Ms. Danes – but I’ll take it. After all, we’re still stuck with reminders of My So-Called Life, which wasn’t even that good. So bite me. I already know I’m going to hell.

#3 – Christian Bale will break your heart

Call it Batman: The Early Years. Bale’s Laurie loses his parents and gets his first version of Alfred (aka wealthy grandpa) in this film. He’s young, with great hair, intense eyes and a poor attempt at growing a moustache. However, before all of that, he gets his heart stomped on, and hard at that. It’s painful to watch because you actually really like his character (or, worse, you’ve been there, which, if that’s the case, I’m so sorry). If you want to reach through the screen and comfort someone, you’ve done your job well. Bale does his job very well in this film. 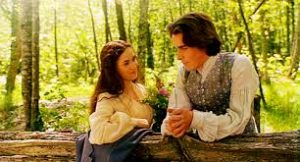 Marmie (Susan Sarandon) doesn’t screw around when it comes to telling it like it is. She’s part of the Trascendental movement, which really had no time for the self-justifying crap that most Antebellum Americans sold themselves on. She called shenanigans on racism, social class and sexism. She taught her kids to be good people, valuing good deeds and character over status and comfort. In a world where our girls are still learning their value and still fighting to be heard rather than placated, we need more Marmies now more than ever. Rock the fuck on, Marmie.

Here’s a glimpse into the life of a writer: it keeps us up at night. We’re exhausted because our brains won’t slow down. We obsess over it. We work hard to breathe life into our characters. We’ll run ourselves ragged for one more evening of getting something out of our heads. And yet we love what we do. Jo (Winona Ryder) perfectly sums up what it’s like to be a writer: the drive, the need, the identity. Want to know what it’s like to function that way? Stop and take a good look at her. 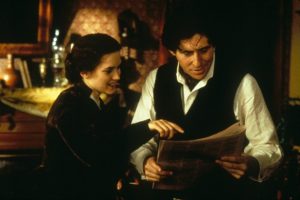 This film’s traditional Christmas fare at my place, so here’s to sharing one of my holiday staples with you lovely people.