↓
Home - Page 87 << 1 2 … 85 86 87
Back in college, my film professor spoke of some of the last remaining taboos in film. One of the largest taboos, he claimed, was that children – child actors, not dolls – were never explicitly shown in violent death on-screen. The unflinching death of a child, more specifically a murder, was off-limits for many filmmakers. He urged us to list examples of when we actually got to see a child character die a violent death in front of the camera. All examples, most notably Pet Semetery  from this group, were debunked as the camera, the eye of the audience, in essence has to look away from the act itself because it’s too horrifying. He wondered aloud who would be the first filmmaker to break that taboo, and how tasteless it would be.
I put my money on Takashi Miike. I was dead wrong. Of all people, the first time I watched a child die on screen was in a Guillermo del Toro film. The first example that many would site before this film is the death of Ofelia in Pan’s Labyrinth, but there’s an interesting rub to that one: we don’t watch Ofelia get shot. We do not see a bullet enter her. The gun is pointed off camera. We see her flinch, we see her bleed, we see her corpse, but we do not get to witness her injury the way that del Toro presents the death of a child in The Devil’s Backbone. In fact, it’s the way that he treated Santi’s death in The Devil’s Backbone that really cements the acceptance of this taboo challenge.
When we first begin watching Santi die at the start of the movie, Jaime is crying over him; we think Jaime has killed him, and are further lead to believe this assumption based upon his bullying behavior for the first hour and fifteen minutes of the film. We believe the inference because conventional wisdom tells us that, deep down, we won’t get to see the gritty details. However, when we get to see what actually happened, Jacinto’s murder of Santi is very explicit. The camera doesn’t move away from the action. In fact, we’re more in touch with Santi at the moment of his death: when Santi smacks his head – which we do indeed get to witness – there’s a brief moment of a bright flash of light. We see him begin to go into shock. We see him get bound and tossed into the pool. The entire time, del Toro does not look away.
So how is del Toro able to break the taboo in showing Santi being murdered? He treats the character with respect and a sense of justice. Far from gratuitous, the scene is a factual account of a terrible event. The effects are not gory, with twenty gallons of fake blood pouring from the wound. It’s not loud and melodramatic. It furthers the story and connects us to the characters, both dead and alive. It gives us a bond of fear with Jaime. It makes Carlos finally understand that the ghost is not the villain. It makes us hate Jacinto for not trying to save Santi. Jacinto disposes of the body as though Santi is nothing. We experience all of this and get enraged. We’re scared for the children of the orphanage because we don’t want the same thing to happen to them. We want Jacinto stopped.
The most extraordinary thing that del Toro does is that he does not make the children into monsters. They attack Jacinto out of the necessity that he will kill them if they don’t defend themselves; however, Carlos does not stab Jacinto. Rather, he pushes him into the pool, effectively giving him to Santi as requested. What does Santi do? He does not drag Jacinto down into the depths, but instead embraces him. A simple hug, quite literally the embrace of death. Rather than scratch or claw or take revenge, Santi hugs. There’s a surprising amount of mercy in the action. del Toro does not allow his protagonists to become murderers themselves, and for this reason, we can cheer the death of the murderer because the victims get to remain children.
Will others come along and take up this taboo? Most likely. Movies are getting gorier by the day in a bid to out-shock each other. I can guarantee that the results will not have nearly half the impact that this film’s scene did. Santi’s death in The Devil’s Backbone takes us to another place entirely: the presentation of the action, the inspiration of the audience, and the retention of humanity of its characters. In short, del Toro successfully challenged this taboo by handling it with class and respect.

I know, I know – am I not the person that gripes and whines about the constant stream of remakes? Yes, yes I am. However, the remake argument can be made in favor of some movies, particularly when we’re dealing with a film that could have been great if it had some tweaks. What makes a movie a candidate for remake? It needed to have elements of a good film, but such a poor writer/director/cast member/editor that it didn’t quite make it off the ground. Here, a list of movies that were once bright, fresh-faced kids that got mugged and deserve a second chance. Feel free to chime in on the comments section.

#10 – Prometheus
There’s going to be a whole post on the wtf-ery that went on halfway through this movie. What went wrong here? It had Noomi Rapace, Idris Elba and FASSY (if you’re a Black Butler fan, you just read that in Grell’s voice)! Ridley Scott directed it! Damon Lindelof helped write it – he helped with Lost! Damon and Ridley, I’m pinning this on you. Between the cheap exposition to avoid actually giving backstory and the dumbass decisions that no self-respecting explorer/scientist/person with common sense would make, the trophy goes to the writing and direction. Noomi deserved better. Let’s give her a shot with someone else.
#9 – Gozilla (2014)
I’m most likely going to catch hell for this one, but I didn’t like it. Strong start – who would’ve thought that Juliette Binoche would bite it such a short distance into the movie? Nice move. Not so nice? The ever-whiny Elizabeth Olsen, who we’re expected to believe is a stoic nurse. Throw in the prerequisite poor decision-making of just about every character, and we have ourselves a head-scratching party. I have trouble believing that the world’s top scientists thought it would be a good idea to take a gargantuan egg that feeds off of radiation and put it in the middle of a radioactive hot spot. That’s like pinning a kick-me sign on a limping kid. No thanks; take your ticket and try again.
#8 – The English Patient
There’s a reason Chuck Palahniuk references this movie as playing on repeat in Hell. This movie takes fucking forever to get anywhere, and even when it moves, it’s a bit like watching a slug struggle to get from one end of the driveway to another. So let’s redo this one with better pacing. I’d even settle for a recut version of this movie.
#7 – A.I.: Artificial Intelligence
This one pains me a bit, because I didn’t mind it as much. But – and there’s always a but – something was missing. Whether Spielberg was trying too hard to do a Kubrik impression or someone simply forgot to hit the quality control button is anyone’s guess. The cast was good, and fit well. It just felt like it should have had more oomph to it for such great parts. I’d like a do-over on this one.
#6 – The Village
My dear friend Andy Mac once described this movie thusly: “It’s like an orgasm that doesn’t quite get there – ” mimes humping the air ” – oh my god, oh my god, oh my god…. DAMMIT!” This is the most accurate description of this movie I’ve ever heard. Or seen. I’d like to see someone else take a gander at it. See if we can’t get it to the finish line.
#5 – Congo
This one should have been good, but it sucked. It had Bruce Campbell and Tim Curry in it (okay, not always the best determinant for success), and it came from a Michael Crichton novel. I expected better. I was left wondering if I should be laughing. Never a good feeling. Mulligan please?
#4 – Nightbreed
I know some people that love this movie. Considering that I’m a huge Clive Barker fan, I should have loved this movie. I couldn’t bring myself to love this movie. Not even partial nudity could keep me engaged. You know that feeling when you sit down to watch something adapted from a short story and you realize that the filmmakers are trying to gasp and wheeze to the 90-minute mark? A rare misstep for the Barker, but one that I’m willing to give a do-over pass to.
#3 – Lars and the Real Girl
I honestly couldn’t tell if I should be laughing during this movie. There’s a fine line between watching someone who is painfully ill and a dark comedy. I genuinely could not tell for which angle film aimed. I was left uncomfortable while watching it. So, a proposal: make one a dark satire, and the other a movie about a good person having a breakdown. Just pick one. Any one.
#2 – I Am Legend
Did anyone writing this movie even bother to read this book, or did Will Smith campaign to make it somehow deeper (and I use that term loosely when it comes to him)? Was it sponsored by the Ford Mustang? The original book ending is so much more epic. That’s not the way that it ended, dammit. Reshoot the fucking thing. I’ll be waiting over here.
#1 – Star Wars Episode 1: The Phantom Menace
In the famous words of Tim (Simon Pegg) from Spaced, “Jar-Jar Binks makes the Ewoks look like fucking Shaft!” I have a drinking game for this movie: take a shot every time Anakin acts like he’s the long-lost child of the Cleavers. Drunk in no time flat. Painful, though, if you’re watching it with your kids. Remake it, make it shorter, and write some better dialog. This is coming from Star Wars fan.

Here’s how this works: you comment below as to which movie you’d like me to review. It can be a request for a serious, in-depth review, or major snarking. The choice is yours. Comment below and we’ll make it happen. 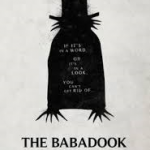