Warning: count(): Parameter must be an array or an object that implements Countable in /homepages/45/d96662078/htdocs/clickandbuilds/TheBackseatDriverReviews/wp-includes/post-template.php on line 316
↓
Home→Adaptation→Hail to the King Vol 12 – Maximum Overdrive

“The problem with that film is that I was coked out of my mind all through its production, and I didn’t know what I was doing.” – Stephen King

A man goes on a drug fueled tear. Some words happen. Then a movie happens. A clueless public are left to make sense of the aftermath. 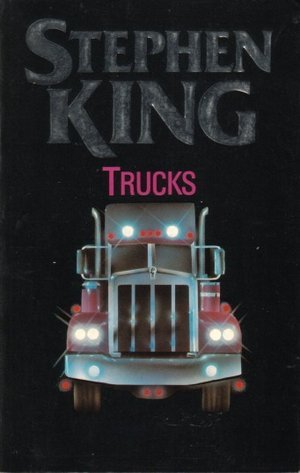 I’ll be honest, I’m covering this one to review the movie rather than the story because let’s be honest, how many hardcore “Trucks” fans are there? I mean I’ll give a little bit on the story, but the main event is a little bit further down the page. If you want the funny book section, go back and read my Cujo piece. That’s the best you’re getting in terms of book that broke my brain with its shitness.

So the story takes place in the middle of the truck siege. It really throws you in with the characters who are trapped in a truck stop and looking for others. It never gives any indication of what’s happened to make these trucks start to turn on humanity. None of this Rea-M bollocks, just straight up we’re fucked and have no idea why. It’s really just an exploration of these people being trapped and eventually having to side with the trucks in order to live. It’s similar to The Mist in how it explores people in an enclosed space with a supernatural menace. But arguably in a much more hilariously ridiculous way.

The ending is arguably more nihilistic than the movie in that the narrator accepts they’ll never beat these machines. Aside from an EMP pulse or finding an island… it’s like escaping zombies…. ooo or go to an Amish community. They’d have this shit on lock, plus you get to grow a sweet beard as part of the cultural exchange…. so what I’m saying is we need a sequel. Horse and buggy vs. 18-wheeler. 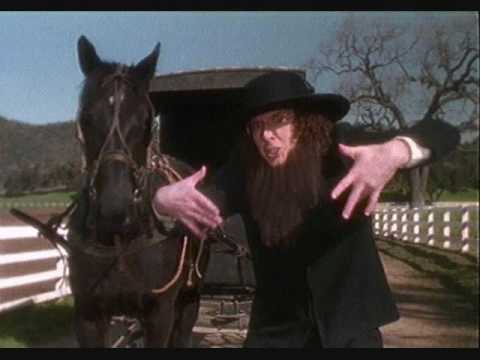 The dangers of cocaine abuse.

Before we begin, look how weird this trailer is. I had a few questions about the film, so let’s really go all Cujo up in this piece.

Why are the trucks fucking with these people?

No really, I don’t get why they’re being held captive in this truck stop.

What is the end game of these now-sentient machines?

Is it to kill the people and take over the earth (like in the Cars movies)? Or is it to keep a few of them around to keep mining petroleum from within the earth? But if that’s the case, then why not take an oil rig hostage with some sentient boats and bring it back to land on a sentient tanker ship to deliver in to other sentient tanker trucks?

How do these machines plan on refining these things?

At what point do these machines become alive?

If they made more would they come to life too or is it only machines that were hit by a blast from this comet?

Let’s use an example: these people hiding from the trucks in the diner is like when I’ll hide from my dog occasionally. If there’s no food on offer, she just gives up and goes to hang out somewhere else in the house. Why do these trucks have it out for these people specifically?

Have they mistreated cars?

How do the trucks communicate?

STEVE HOW MUCH BLOW BEFORE THIS STARTS MAKING SENSE?!

Ok, another tactic: How can these trucks see people?

Are their headlights the eyes?

How do machines without headlights see?

Like that machine gun on the army truck, how did it know to aim itself and work in conjunction with the truck? (That’s not even getting in to the fact that U.S. military have domestic vehicles with side-mounted machines in case they need to mow down people at a moments notice.)

The BIG question: at one point while all the people are trapped, someone asks, “Why don’t they just drive through the place?” And someone replies, “Because the basement’s hollow and they’ll be stuck.” HOW THE FUCK DO THE MACHINES KNOW THE FUCKING BASEMENT IS FUCKING EMPTY? MOST PEOPLE LOOKING TO DESTROY THE PLACE WOULDN’T KNOWN ABOUT THAT. WAS THERE A DELETED SCENE OF A TRUCK BREAKING INTO THE TOWN REAL ESTATE OFFICE AND PHOTOCOPYING PLANS?

THE TITLE CARD AT THE START OF THE MOVIE SAYS WE’LL BE IN THE COMET’S PATH FOR 8 DAYS. THE MOVIE TAKE PLACE OVER 2 DAYS, THEN THE END TITLE CARD SAY THE RUSSIANS DID SOMETHING 2 DAYS LATER THEN 6 DAYS AFTER THAT WE PASSED FROM THE COMET THAT’S 10 FUCKING DAYS. THE CONCEPT OF TIME THIS FILM WORKS ON IS WISEAU-IAN, SO EARTH IS IN THE WAY OF THIS SPACE ALIGNMENT FOR 8 OR 10 DAY. IT’S LIKE IN THE ROOM WHEN JOHNNY SAYS HE AND LISA HAVE BEEN TOGETHER FOR 7 YEARS AND 5 YEARS WITHIN A FEW MINUTES OF EACH OTHER OR HOW HE WITH WORKS IN THE COMPUTER BUSINESS OR FOR A BANK. THIS ENTIRE MOVIE IS SUMMED UP BY THE BANK MESSAGE IN THE VERY OPENING WHEN IT SAYS FUCK YOU. THAT’S THE MESSAGE TO ANYONE WATCHING THIS MOVIE. FUCK YOU. WHY DOES NONE OF THIS MAKE ANY SENSE AT ALL. WHY STEVE. WHY. Oh yeah…. 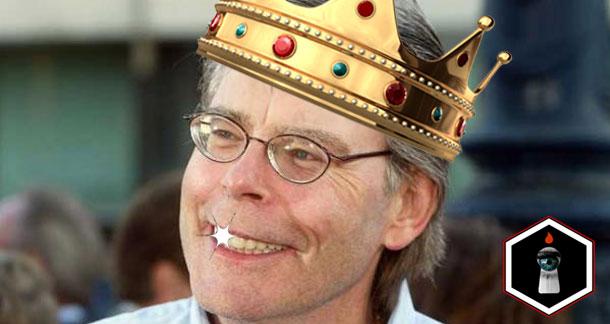 Hail to the King, baby.