Warning: count(): Parameter must be an array or an object that implements Countable in /homepages/45/d96662078/htdocs/clickandbuilds/TheBackseatDriverReviews/wp-includes/post-template.php on line 316
↓
Home→cult→Outgoing Transmission – The Rocky Horror Picture Show

First off, I’d like to apologize, it’s been about a month since I posted an article (not counting my FAQ when I came out).  I needed some time before and after coming out to get a grip on my life and what coming out meant to me.  I’ve had some great responses, and am happy to begin an open life as Nika.

Every city has a community of people who get together frequently (weekly, monthly, sometimes yearly) to watch what could be considered one of the worst movies of all time.  Like a lot of cult classics, this movie has a very dedicated following.  Event goers dress up as different characters, throw things at the screen, shout “Asshole” and “whore” at the characters on the screen, act out the whole movie, and enjoy each others company while they do it.  If you’ve attended one of these events, I’m sure you know what movie I’m referring to (or you read it in the title of the article), The Rocky Horror Picture Show.

“But Nika,” you may be asking “RHPS promotes gender expression!  Why would you be against that?”  Perhaps it does, but it does it in a very outdated way.  As the Trans experience comes more into the public eye, we need to move away from fetishization transgender individuals. 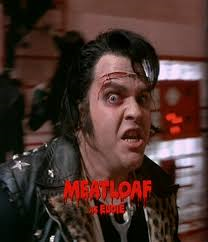 Let me start by giving a plot summary for those who haven’t seen it before.  We’re going to play a little game to piss people who really know the movie off.  I’m going to try and recall the movie from my memory, not having seen it in 2 years, but if you want a true synopsis, go here.  The movie is a musical and opens with a disembodied pair of lips singing to us.  It then cuts to a couple, Brad (Barry Bostwick), who is affectionately known as “Asshole” by the audience, and Janet (Susan Sarandon), affectionately known as “Slut” by the audience, whose car has broken down in front of a castle.  They get invited inside and meet Frank-N-Furter (Tim Curry) who is a self-proclaimed transvestite.  He sings to them about how cool it is to be a transvestite and insists they stay for a special event followed by dinner.  They have Meatloaf for dinner, who plays Eddie.  Yeah, you read that right, Meatloaf, as in the singer, plays a character named Eddie, who they eat for dinner.  Meatloaf sings a song too.  Frank has created a Frankenstein’s monster type of character, Rocky Horror (Peter Hinwood) who is meant to be his sex slave or something.  Then we have an intermission.  Frank then flips a switch and turns Rocky, Asshole, Slut, his rival Doctor Everett V. Scott (Jonathan Adams), and maybe someone else, into transvestites.  At this point the butler, Riff-Raff (Richard O’Brien) and Magenta (Patricia Quinn) reveal themselves to be aliens, and well, the movie goes downhill from here.

As mentioned before, I’ve attended RHPS twice in my life.  The first time was over a decade and a half ago.  My friend, who had also never seen it, brought me along to a showing at his college.  I recall being a tad envious of the cast member (someone who dresses up as the character and acts out the part, for the audience, in tandem with the movie) playing Frank, who was wearing a corset (which is the typical attire for the character).  However, I also recall my friend, who knew this guy, telling me he was gay, which was why he was playing the character.  As much as I hate to admit, I think this adversely affected how I saw myself.  If I want to wear something like that, does it make me gay?  I don’t like men, so I mustn’t wear that. 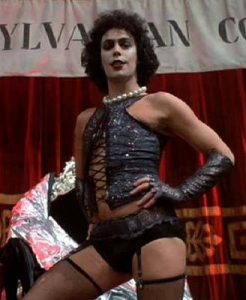 The second time I saw it was just two years ago.  While I still hadn’t come out to myself at that point, my wife knew I liked to crossdress.  The local group she had been a part of many years ago was having a reunion show and we decided it was a good chance for me to express my crossdressing in a safe environment.  While it was certainly that, I still recall feeling pretty uncomfortable in a dress out in public.  I didn’t feel girly or pretty, I felt more like I was baring all my secrets out in the open where anyone could see them.  I recall being pretty introverted that night.  I’m not sure if my wife picked up on that or not, but she is now familiar with how I feel about the movie.

First let’s discuss the director, Richard O’Brien.  Since the movies release Richard O’Brien has spoken about being gender as a spectrum and even called himself “70% male and 30% female.”  However, despite this, he has within the last year spoken out against Trans women agreeing with Germaine Greer who said, “Just because you lop off your dick and then wear a dress doesn’t make you a fucking woman.“  I’m sorry Richard, but if you have a problem with your own gender identity, don’t take it out on those of us who have actually figured it out.

Aside from my personal accounts, why is it such a damaging movie?  Well, let’s start with Frank-N-Furter, played by the wonderful Tim Curry.  Frank-N-Furter is a transvestite, not transgender.  A transvestite is someone who derives pleasure (usually sexual) from wearing clothing of the opposite gender (I didn’t look it up, but I’m pretty certain that’s precisely the dictionary definition), whereas someone who is transgender is someone who identifies as a different gender than they were born.  Notice right off the bat that how I defined transvestite uses a binary approach to gender while transgender uses a more analog approach?  Transvestite is an outdated term.  The idea of gender has evolved in the 40 years since this movie has come out. 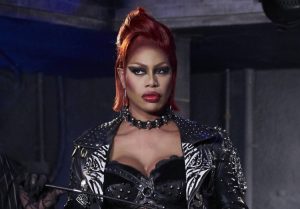 On that same note, let’s talk a little about the latest iteration of RHPS, which aired on Fox.  Frank is played by Laverne Cox.  Laverne Cox is a Transgender woman, best known for playing Sophia Burset on Orange is the New Black.  So now we’ve taken this confusion of transvestite and Transgender and doubled it by having someone who is Transgender playing a transvestite.  A lot of the time in Hollywood cis-actors play Trans characters, Lee Pace in Soldier’s Girl, Felicity Huffman in Transamerica, Jeffrey Tambor in Transparent, and Eddie Redmayne in The Danish Girl.  This causes Trans actors and actresses to have a hard time getting work, but that is no excuse for Laverne Cox to have taken this role.  I haven’t seen the remake, but I highly doubt they do anything but damage to the Trans community (if anyone actually watches it).

The Rocky Horror Picture Show may have been a movie that helped a lot of people realize it is ok to explore sexuality and gender, but today it is a cultural relic.  We need to move past terms like transexual, and the fetishization of such.  Much like we have cast aside other cultural relics like black face, it is time to do the same with this movie.