Warning: count(): Parameter must be an array or an object that implements Countable in /homepages/45/d96662078/htdocs/clickandbuilds/TheBackseatDriverReviews/wp-includes/post-template.php on line 316
↓
Home→Adaptation→Sly Fox: The Demented Genius of Willy Wonka and the Chocolate Factory

As a child, I loved watching the 1971 version of Willy Wonka and the Chocolate Factory. It was bright, it was fun, and it was loaded with sarcasm and candy: two of the things that continue to make my world go around (speaking of which, a very public and grateful shout out to Paco Rodriguez, who has recently given me my first taste of U.K. Cadbury Dairy Milk and Turkish delight, both of which have permanently changed my world). Growing up, though, the film never seemed dark to me, which was a huge departure from the book. Bluntly put, Roald Dahl’s Charlie and the Chocolate Factory is dark. Pitch black. It’s a scathing indictment of the nastiness around us, and Wonka himself comes off as something of a madman. Given, Gene Wilder’s Wonka is nutty, but he’s so sweet and fun that we instantly love him. I never saw him as anything other than that darling smartass with the beautiful eyes (and oh how those eyes were lovely, Gene). All that changed in October, though, as I sat through the film as it played on the big screen in a local art house theatre. It finally hit me: this film is everything that Dahl’s story sought to accomplish, hidden carefully in plain sight while silently judging us all.

On the outside, Wilder’s Wonka is sarcastic, but doesn’t come off as particularly dangerous. One of my favorite lines in the whole thing is his response to Mrs. Gloop’s plea to help her drowning child: “Help. Police. Murder.” Really, who hasn’t wanted to say this to an overreacting parent? (Okay, okay, her child is drowning, but find me one person on Augustus’s side. I dare you. The point stays though – head down to your local playground and listen to some woman in riding boots and jeggings complain loudly that her precious Addison – and you know that’s spelled Addysyn – tripped over her own inappropriate-for-playtime shoes.) His responses to Mike Teevee are equally as good: requesting the screaming child to speak louder into his ear while pretending not to hear him. In fact, he’s like that with all of the kids, but he always comes across as sage-like for the greater morality. Case in point: the explanation to Veruca, “We are the music-makers, and we are the dreamers of dreams.” That’s a beautiful statement in the face of a kid who’s an absolute snot. There’s inspiration to be had with Mr. Wonka, whose eyes twinkle as he insults those that display bratty behavior and wise-cracks his way through the new and unfamiliar with utter glee. We love him. We trust him, despite that we can’t tell his next move readily. He’s a magic man, and he’s stuffed to the gills with confections and searing honesty, bound to make us smile. 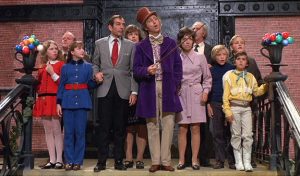 I will even tolerate singing for Gene Wilder.

Now given, there are points that make us question him. Many point to the boat and his wild laughter and singing as the terrified group around him gazes in astonishment. There was also his hissy fit at the end of the tour, wherein he declared the whole day to be wasted. I was always willing to overlook that, because Charlie (Peter Ostrum) was a good kid and Wonka was our swift kick in the pants to the resident shithead children. We knew that Wonka had to test Charlie in some way; our hero had to fall in order to rise higher. I always displayed pride in Charlie that he made a good choice and refused to sell out Wonka because he didn’t “win.” We loved the honest child, and we loved that he got to see his dreams come true. All was forgiven because the good guys won.

But then, that speech happened.

It’s one of the last things Wilder’s Wonka tell the boy: “I can’t go on forever, and I don’t really want to try. So who can I trust to run the factory when I leave and take care of the Oompa Loompas for me? Not a grown up. A grown up would want to do everything his own way, not mine. So that’s why I decided a long time ago that I had to find a child. A very honest, loving child, to whom I could tell all my most precious candy making secrets.” 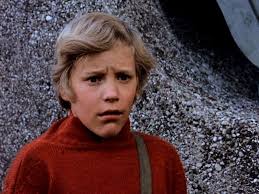 Charlie, you in danger, girl.

People, this is dangerous as fuck. Wonka doesn’t want someone who is going to innovate and take him into the future. He doesn’t want new candies and new knowledge; he wants to maintain the status quo without change. Hell, he doesn’t want the inevitable, that someone is going to grow up. He wants someone that is going to do things his way – not a free-thinking adult capable of critical thinking and, therefore, mental evolution. He wants someone to ape his mental patterns. He wants a child, upon whom he can leave an impression and shape in his image. He basically wants to brainwash a kid to think like him, under the guise of praising moral behavior. That’s a harsh lesson to swallow: conform, and ye shall be rewarded with riches and comfort. That’s a hard pill to swallow, especially with the week we’ve all just had (hell, with the year the entire world has had in the political arena). How does this lesson slip by with not only the loss of tone, but the adoring, widespread cultural embrace? By drawing a sharp comparison to the point of being cartoonish. Of course we like Charlie – he’s the only kid in the lot that knows how to listen and conduct himself in a manner that makes us not want to smack him in the face with a shovel. It’s easy to get on board with the good kid that cares about others, and we’re happy to see him rewarded. However, the implications of this are grim once examined: by doing things his way, Wonka makes his methods the only way, which is completely counterproductive when it comes to the creativity necessary to be considered a dreamer. That’s like telling someone that the only paintings they are allowed to create is through the use of primary color: there’s always hope that the colors can combine to form other colors, but we all know that this kid is going to follow the rules and will therefore never operate at the potential that resides purely outside of the imposed social limits. Wonka seeks to create a stifling environment that limits creativity because too much critical thinking will bring about a violation of his treasured ideals. It’s not enough that Charlie is kind and loving; he also must be willing to do everything to Wonka’s specifications. In essence, he’s sending the message that in order to obtain profound secrets, he must be willing to sacrifice his sense of self and thought. Some may view that as a statement on detachment; I happen to find it a scathing indictment on the creation of a generation that operates under the direction of a tyrant that doesn’t want them to think. 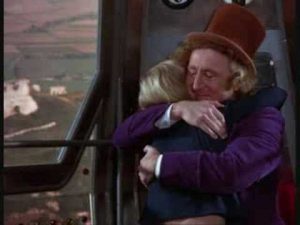 Roald Dahl was apparently angry with the changes made to the script by David Seltzer, who was brought in to finish it when Dahl missed key deadlines. He disowned the movie, but I think that this reflects and interesting parallel: Dahl wanted to have total control over his creation, much like Wonka. If you’ve ever read the book, as well as the sequel Charlie and the Great Glass Elevator, you’ll know that both works are highly combative in terms of politics and challenging social ideas. And therein lies the genius of this message and character: we love the magic man and are willing to give up our critical thinking for a bit of that magic. It’s proof that we’re willing to go along with the glitz and imagination in order to avoid having to employ those faculties ourselves, lest we be cast in the same light as those who disobey the powers that be.