Warning: count(): Parameter must be an array or an object that implements Countable in /homepages/45/d96662078/htdocs/clickandbuilds/TheBackseatDriverReviews/wp-includes/post-template.php on line 316
↓
Home→Animated→The Heart of a Child: Charity and Mistakes in A Chipmunk Christmas (1981)

A glimpse into my childhood: every year, A Chipmunk’s Christmas (1981) was not only eagerly anticipated in my house growing up, but we had the audio cassette recording of the whole thing to play on car rides. For a kid that had to go to the doctor’s office in the snow for allergy shots every week – which meant a long car ride and plenty of chances to get bored – it meant the world to look forward to singing along when you knew that you were going to get poked and watched for an allergic reaction. It’s a cartoon I’ve shared with my own kids every year, in part because it combines heart with excellent jokes. And in the spirit of the season, it’s something we need to examine to really appreciate its core message beyond the gags and one-liners. 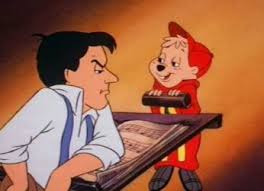 Never fails to make me laugh.

The plot is pretty saccharine when you think about it: Alvin, upon hearing that classmate Tommy Waterford is sick, gives the kid his prized harmonica as a get well present. Tommy wasn’t just sick – in a stroke of 1980s extreme children’s storytelling, Tommy was close to death, with doctors being unable to determine the source of his illness. Alvin overhears his cash-strapped mom talking to his sister about the possibility of the youngest member of their family dying, and without a second thought, gives Tommy his most prized possession to help. It’s a sweet gesture, but one that comes to bite Alvin in the ass: his dad Dave books the Chipmunks to perform at Carnegie Hall on Christmas Eve, with Alvin having a special harmonica solo. Alvin panics because he thinks Dave will be angry that he doesn’t have a harmonica, so he tries to raise the funds in the most humorous and misguided way possible to cover the missing harmonica in the few days before Christmas Eve. A present from Mrs. Claus and a happy phone call to Dave from Tommy’s grateful mother later, and we’ve got ourselves a feel-good happy ending. 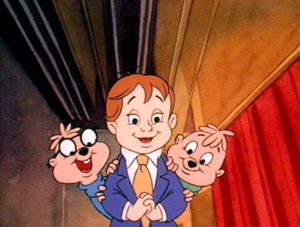 Part of why this special endures and has aged so well is the fact that Alvin handles this situation in exactly the fashion a child would. He hears about someone suffering and wants to help the best way he can: he gives his harmonica up, hoping it would make Tommy feel better in an action that is immediate and seeking nothing in return. His rationale: Tommy needed it more than him, and he can buy a new one before the old one is missed. Once he hears about the concert, he panics and tries to cover up so that Dave doesn’t get mad at him. Not once does Alvin throw Tommy’s illness around as an excuse, choosing instead to have Dave think poorly of his character rather than seek to justify his actions. To Alvin, the problem isn’t that he gave Tommy his prized harmonica – it’s that his plan of replacement is disrupted. The kid never once asks Tommy for the harmonica back – that’s never an option, nor is garnering praise for his selfless action; after all, the act was from the heart, something Alvin assumes any good person would do. No, he goes into problem-solving mode: don’t put extra stress on Dave, don’t place blame on Tommy, just fix the problem yourself. If you’ve ever encountered a little kid who’s made a mistake and wants to fix it, you’ll know that this is the logic of a child. 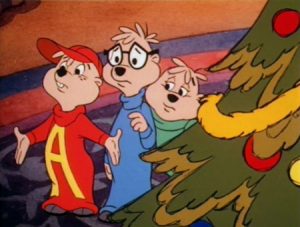 Their logic makes perfect sense to a kid.

That Alvin doesn’t seek to draw attention to himself speaks to the way (most) kids operate: when they see someone struggling, they want to help, and they don’t expect a cookie for doing the right thing (unless if actual cookies are involved). His immediacy is indicative of the nature of true charity: when you witness someone struggling, you want to help right away, without thinking. Alvin comes up with an action plan to help cover what he’s given up for someone else’s betterment, and not once does he attempt to tell Dave about his good deed… because for Alvin, the deed should stand on its own. Small children often jump in with both feet when they feel strongly that the scenario in front of them should be addressed the way a good person would. Tommy receiving the harmonica is something that had to happen, and if there are going to be consequences, it’s something he will take rather than displace using a sense of blame. Alvin gives Tommy a present that originated from his father because the child very well could die, and Alvin wanted to give a sick child joy. He didn’t think about it. He didn’t hesitate. He just did it. 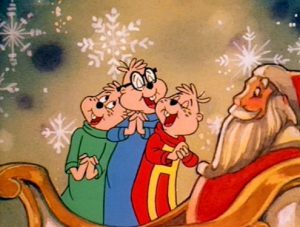 To this day, the sentiment is beautiful. However, it shouldn’t be seasonal either. If you see someone that needs help, please, be good, fellow humans. Help. Don’t expect praise. Just be that good in the world. Be someone’s good thing that happens. You can do it.