Warning: count(): Parameter must be an array or an object that implements Countable in /homepages/45/d96662078/htdocs/clickandbuilds/TheBackseatDriverReviews/wp-includes/post-template.php on line 316
↓
Home→Animated→Weekend Movies: Five Reasons to Watch The Nightmare Before Christmas

True story: every time you whisper, “The Nightmare Before Christmas,” a new goth kid is born. And that’s a beautiful thing, because the film is just like a goth kid: full of heart, a bit grim, and knows how to rock a killer set (both musically and in terms of visuals). Fun story: my kids’ dad showed my youngest this film when she was a year and a half old. I had serious misgivings, thinking nightmares and all, but it turned into her goddamned Rocky Horror Picture Show – she made up dances and knew all of the songs and it was great. There’s no better Christmas memory than a tiny blonde moppet singing “Oogie Boogie Man.” It’s more than enough to want to revisit the film. Here are five reasons to watch it this weekend. 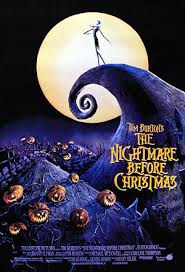 How charming is it that the sidekick best friend is the ghost of a dog? That tickles me to no extent. Zero is the faithful hound in the perpetual costume that sticks by Jack Skellington through his misguided adventures. Zero doesn’t have lines, but he’s just so cute. That’s my soft side coming through. Don’t tell anyone. I have a reputation to uphold as a heartless bitch and all.

The theme of this film is so applicable to everyday life: the grass is always greener when you’re stuck in a routine. Yes, you might be the best at something, but when you find something new and different than your own reality, it can become captivating, and you want so badly to be a part of it, even if you’re not a passable fit. Some could argue that this film gets to the heart of cosplay: it’s something fun, it’s an escape from the doldrums of life, and it’s the embrace of something you love and admire with all your heart. It’s nice to see something new get an awed reaction rather than the angry rejection we see change face in the waking life. 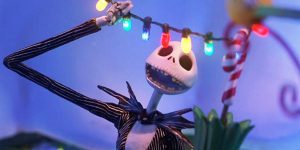 I’ll admit it, I adore me some lights.

It took me the longest time to realize that Prince Humperdinck was the voice of Jack. You know what else? Sarandon is 75, people. He’s getting up there. He’s played everything from a transgender individual to a vampire to a prick of a prince. His turn as a skeleton that finds the joy in the holidays when so many of us wish it away is proof that he’s fantastic. Let’s appreciate him while we’ve still got him.

#4 – The score is light without being obnoxious

Danny Elfman is not a taste for everyone. It’s like cookie butter – some people love it, while other people think it needs to be killed with fire. Elfman’s score in this film is appropriate for the action: it’s lighthearted and playful, yet knows when to get thoughtful and serious. Plus, it’s got some New Orleans flare from time to time with Oogie Boogie’s tunes. I like it. You don’t have to, but it’s one of the few musicals I can stomach. 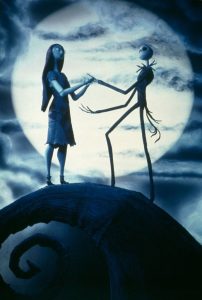 This film came out in 1993. It’s 24 years old. Man do I feel old. Commonly, people think it’s a Tim Burton movie. While Burton produced it, it was actually Henry Selick who did the directing on it. If you haven’t seen what else Selick has been up to, check out Coraline or James and the Giant Peach. He has this knack for childlike wonder and the need to set things right, and it started here. In short, this film has been going on about a hero who makes mistakes and tries to do the right thing for nearly a quarter of a century. Crappy films don’t hold up like that. Reason enough to watch it with wonder.

Just buy this one.