Warning: count(): Parameter must be an array or an object that implements Countable in /homepages/45/d96662078/htdocs/clickandbuilds/TheBackseatDriverReviews/wp-includes/post-template.php on line 316
↓
Home→Feminine→The Unlikable Woman: Jane Levy and the War on Likability

A couple of weeks ago, I wrote up issues of class, race and privilege in Don’t Breathe. Here’s the oddball crux with that film for me: while I didn’t like the strange plot holes, I really did enjoy Jane Levy’s performance as Rocky a great deal. In fact, I think that Levy generally does a great job with her material. Here’s the even weirder part: I am the first to admit that something about Levy bugs me. It’s completely irrational, and I can’t pinpoint it. And at some point, I have to ask myself: is it Jane, or is it me?

Let’s clear something up right now: Levy is damn good at what she does. In Evil Dead, she completely nailed the part of Mia, a young woman attempting to kick drug addiction yet again. The writing and performance work together to ensure a cohesive unit: Mia is a young woman who knows that she’s got a terrible illness, who wants to get clean, and who happens to encounter something supernatural (and metaphorical) in the woods. We see her struggle and we appreciate her predicament a little more because she’s in a position where no one wants to believe the junkie. Equally effective? Her turn as a scared young woman in Don’t Breathe. Rocky is a street savvy woman who wants to rescue her little sister from her total prize of a mother and mom’s alcoholic boyfriend; while her actions aren’t perfect, we can get on board with her backstory and reasoning because there’s a good person there. She conveys horrified and resolute with ease. Hell, in I Don’t Feel At Home In This World Anymore, she brought some psychotic glee to the part of a trigger happy gang member. She’s believable and slips into her roles with ease and comfort. That’s a good actress right there. 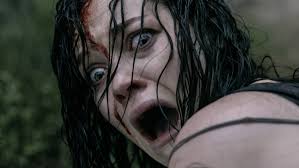 Look into the documented footage on her performance. She did so much for this role.

So why do I look at her and sort of inwardly groan? She’s a competent actress. She doesn’t pick bad projects. She’s not out in the world curb stomping puppies in her spare time. She hasn’t killed anyone in a hit-and-run. Her voice isn’t like nails on a chalkboard. She doesn’t deliver her lines poorly. She doesn’t have some annoying trademark for being the cutest manic pixie dream girl on the block. What the hell is my goddamned problem with this woman? 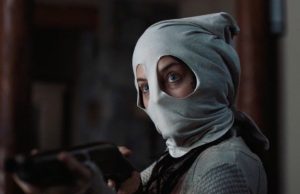 Come on, self. What the hell.

Here’s where I think the problem is: we’re hung up on this idea that our actresses need to be likable, and I’m really starting to hate that term and concept. When it comes to our actors, we cut them some slack when they play less-than-savory types. We look at Dave Franco and applaud him in Six Balloons. We’re charmed by Hugh Grant in Bridget Jones’s Diary. Denzel Washington can do no wrong in whatever role he chooses. Hell, we even look at Alan Rickman as Hans Gruber in Die Hard and love him for playing such an effective asshole. And we extend our respect to these men as a sign of commendation for their skill and acumen as performers: we applaud them for doing their part. We don’t have to like them – they do their jobs and go home; they get to keep being themselves, judgement-free, while portraying characters that aren’t perfect. So why in the fuck am I giving a hard time to a woman who has proven multiple times that she not only knows what she’s doing, but can play a part with gusto and competence? At the root of the matter, bluntly, is there something wrong with Jane Levy, or is there something wrong with the way that I perceive a female actor who does not give a single shit about playing the I Need You To Like Me game? When I stop and think about it, I can shred an actress pretty hard – I can make comments about how Andrea Riseborough or Anna Gunn are actresses that seem cold and distant, but really, they play meaty roles of which women dream. Thinking back even further, women couldn’t stand Hedy Lamarr, who was a complete badass that invented communication technology that’s used in WiFi and Bluetooth devices today. Consequently, the women that go out of their way to be seen as the approachable best friend types – the Zooey Deschanels, the Anna Kendricks, the Emma Stones – all have this ultra-nice public persona; people will say, “Oh, nice – I like her!” when they’re onscreen. In the meantime, we don’t read about Levy going out of her way to be likable – she’s here to do her job, do it well, and go home at the end of the day. So why aren’t we praising someone like that? Why do our actresses have to be likable at the end of the day, while our actors get to show up, be surly and collect awards? Can’t we just allow them to be good at their jobs, without having to be their very best friends too? 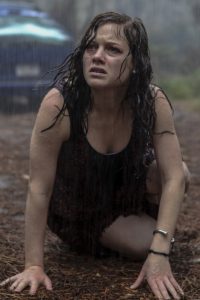 The end result of this experiment was to go back and re-watch Fede Alvarez’s Evil Dead remake. This time around, it was a freeing experience. I watched the character Mia. I got lost in what she was doing. I appreciated the film a bit more. And I smiled looking at Levy. There’s a freedom in not giving a fuck. I’ve got an understanding now, and I’m resolving to be kinder to actresses out there. They don’t need to be sweet to have merit – they need to be good at what they do.