Warning: count(): Parameter must be an array or an object that implements Countable in /homepages/45/d96662078/htdocs/clickandbuilds/TheBackseatDriverReviews/wp-includes/post-template.php on line 316
↓
Home→Comedy→Weekend Movies: Five Reasons to Watch Saved!

Living in America, one can’t help but feel the pull of religion lately as it digs its way even further into the legal system. What’s the best way to approach it then? Black comedy, of course. 2004’s Saved! is the story of Mary (Jena Malone), a Born Again Christian teenager who finds herself in the family way. It’s not only a look at life in a bubble – it boasts some good performances and damn fine comedic timing. A disclaimer: this film ultimately is about love and acceptance, which is a nice message. Here are five reasons to watch it this Easter weekend of all weekends. 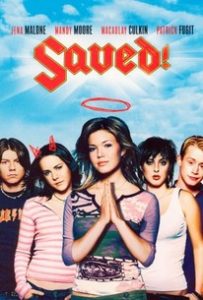 #1 – The plot is wacky without being accusatory

Upfront: the plot seems really out there. Mary’s boyfriend Dean (Chad Faust) confides in his girlfriend that he’s gay. To most of us, this isn’t a big deal, but to an ultra by-the-book community, this is a point of crisis. Mary doesn’t know what to do, so she tries to think of a way to redeem him and, well, she winds up pregnant. The thing is, the whole scenario plays out like a naïve girl’s unintended consequences. It happens because she’s misguided and believes that her faith alone will help things go back to the way they were. You want to hug her because she’s woefully uninformed.

I’ve mentioned this before, but it has bearing here: I got pregnant as a teenager. Before I miscarried, I lived in sheer terror that someone would find out. No one found out until long after the fact. Watching a young girl panic and realize that she has no one to turn to… that hit hard. I’ve been that girl. Given, I didn’t get as far into my pregnancy as Mary did, but damn do I get that feeling. It’s isolating and scary, and that whole need for secrecy in a community that would rather pretend its problems aren’t there will strike a nerve if you’ve ever found yourself in less-than-ideal circumstances in one of those environments. 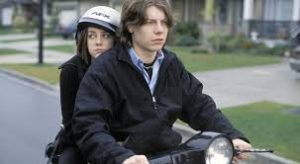 Alone even when you’re with someone else.

There’s a place in this film called Mercy House, which is a home for wayward Christian youth. They specialize in things like adoption for unwed mothers and gay conversion therapy. I’m going to lay this out right now: if you think a teenage mother or a gay child are shameful things that need to be hidden away until they’re fixed, go fuck yourself. While it’s not a huge presence in the film, it looms in the dark recesses, which is a reminder to us that those places still exist and are insidious. For people who preach god’s love, they sure are hypocritical when they find something they consider imperfection.

For good measure: you’re perfect as you are, and if someone tells you that you need to go away and be “fixed,” they don’t deserve you. There’s always a way out, kiddo.

Long before This Is Us started breaking hearts and Crock Pots across America (I still haven’t seen it, but it leaves half of my friends emotionally destroyed once a week), Mandy Moore was busy flexing her acting muscles in smaller films like this one. This film showcases how well she can turn on the bitch. She is such a delightful villain as Hilary Faye, the jealous, ultra-conservative she beast. She doesn’t ham it up or break character once; she’s simply seamless as H. Faye, which is fairly impressive when you think about how likable she comes off in interviews and other roles. 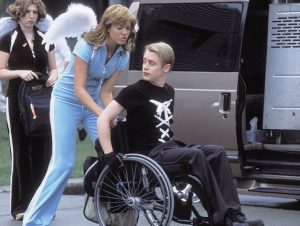 Mandy Moore is the fucking shit in this movie.

Amurri’s Cassandra – the lone Jew at the exclusive Born Again academy – is the perfect compliment to Culkin’s Roland, the disabled brother of Moore’s Hilary Faye. Cassandra lives to antagonize her classmates, and Roland delivers quip after quip on life in his closed community. They’re also two of the most loyal people you’ll ever meet on top of being blazingly funny. Their dynamic goes far beyond the whole “outcasts who find love” trope – these are people you’d want to have your back in real life.

Saved! is available for rental on Amazon.