It’s officially October! This year, we’re getting a Friday the 13th during our sacred month of horror. We’re also getting a new season of Stranger Things, and the sequel to It has a release date of two years from now. Life is good. 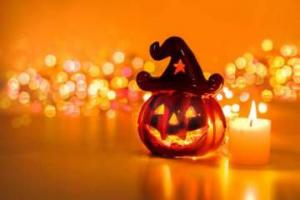 Last month, I had some suggestions given via both Facebook and Twitter for possible subjects for the month, since I want to cover what interests folks (we’re really open to suggestion). This week, we’re going to kick off our month of horror by going old school. We’re going to take a look at the 1949 animated adaptation of The Legend of Sleepy Hollow, particularly, how masculine bullshit ruins the whole damn party. We’re also going to recommend that spectacular Hell House, LLC for weekend viewing, because this one is so good, it deserves October-level Halloween billing. Not sure if we’ll have a trailer on Tuesday, but we will have a short on Saturday. So grab that pumpkin spice latte, break out your basic girl boots, and hunker down for a good ol’ month of scares, smirks and analysis.