The important thing: ARE YOU GOING TO VOTE ON TUESDAY?! Because I come from Rochester, NY, which has a long tradition of voting. Susan B. Anthony would be greatly displeased if she heard that I wasn’t voting. And in the grand tradition of Susan B., everyone here in Ra-cha-cha votes and puts their stickers on her grave because she fought hard for that right. You should too. 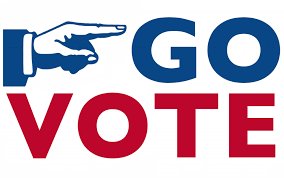 This week, we’re feeling a bit salty, so fair warning. Wednesday, we’re taking a look a film that’s been on my mind lately with the absolute shit show going on right now: An American Tail (1986). People have driven me to Don Bluth, and I’m mad as hell. We’ll follow up those thoughts with a visit to The King of Kong: A Fistful of Quarters (2007). If we’re going to have a wild week, we’re going to have it together. In the words of Sophia Petrillo, “Fasten your seat belt, slut puppy.”