Warning: count(): Parameter must be an array or an object that implements Countable in /homepages/45/d96662078/htdocs/clickandbuilds/TheBackseatDriverReviews/wp-includes/post-template.php on line 316
↓
Home→Uncategorized→Coming This Week and Other News 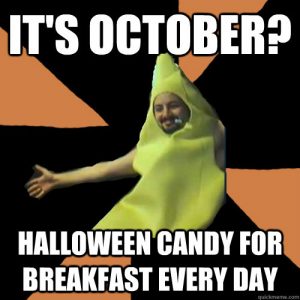 Which means that we’re about to binge on all sorts of scary stuff (double WHOO HOO!).  So this week, we’re going to start on fun things that make fall, well, fall. Tuesday, Talicia’s back with a trailer. On Wednesday, we’re going to get up close and personal with the Easter Bunny of Holidays. Thursday will see a recommendation for the hit-or-miss Most Likely to Die.

Friday is going to be a departure. This past week, we were supposed to have Nika’s thoughts on Soldier’s Girl; however, life happened and that got postponed (I’m a pretty lax boss). This week, she’s poised for a major personal milestone, and to show her some support, we’ve got a Q&A concerning her transition. Please show her some love. Frankly, she’s one of the most important, supportive people in my life. She has my undying loyalty.

In other news, we’ve also got some new stuff going on.  We have a Facebook page now (huzzah!), as well as new logos for Trailer Tuesdays and Saturday Shorts. Many thanks to the incredible Nick Boyd for his handiwork – it’s awesome.

Here’s to a pacled week, gang!