Warning: count(): Parameter must be an array or an object that implements Countable in /homepages/45/d96662078/htdocs/clickandbuilds/TheBackseatDriverReviews/wp-includes/post-template.php on line 316
↓
Home→Live Tweet Event→Coming This Week, Plus LIVE TWEET!

Some years, we just don’t learn. Which is fine, because, well, it’s entertaining for the rest of you. That’s right: we’re goin’ tweetin’ once again. This Saturday at 6 PM, I’m going to get drunk and watch that horrific Christmas classic that Lifetime hath wrought, The Christmas Shoes. It’s on YouTube and I have a twitter handle. If you’ve ever seen a clip of this shit show, you will realize that I will need ALL OF THE BOOZE to get through it. So join me; at the very least, there will be some good stories. 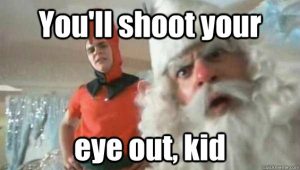 This week, we’re still stuck at the North Pole. Our festivities continue with a look at the male bullying that goes on between Billy and Joe in Love Actually. I promise, I do actually like this movie, despite that fact that I give it shit every single year. It’s like that one cousin who was always prettier that now leads a vastly different life from me: we love one another, but damned if we don’t push each other’s buttons. To return to happyville, we’re going to recommend The Santa Clause this weekend. And then the weekend will go to shit with me live tweeting a movie about a terminally ill woman at Christmas. Rob Lowe’s going to emote, kids. It’s going to be magical.