Warning: count(): Parameter must be an array or an object that implements Countable in /homepages/45/d96662078/htdocs/clickandbuilds/TheBackseatDriverReviews/wp-includes/post-template.php on line 316
↓
Home→Brains→Hail to the King Vol 15 – Firestarter

Charlie McGee is a trouble starter, punkin’ instigator, a firestarter. Meanwhile her father is a self inflicted, mind detonator, the one infected, a twisted animator. 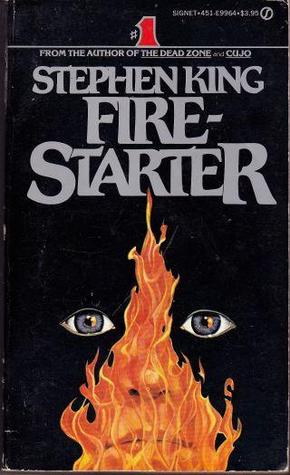 The story follows Andy McGee and his daughter Charlie as they go on the run from shadowy The Shop organization, who want to capture them and discover the root of the psychic powers they possess. Powers which Andy and his wife Vicky gained from a college medical research test, and while they had very light abilities, their daughter Charlie inherited a much stronger ability, which makes her the eponymous Firestarter.

While published in 1980, this story has all the markings of a paranoid 1970s conspiracy tale. It feels like something from the era of The Manchurian Candidate, The Paralax View, or Three Days of the Condor. The one person who knows the truth is on the run while the government or other agency tries to silence them. The science fiction edge really adds a lot to the story though: it’s not a fight for the truth, but a fight to survive. These sorts of thrillers were as ubiquitous as the Giallo films of Italy in the 1970s: though they swapped the evil government for a black gloved killer, the paranoia and suspicion remains the same. 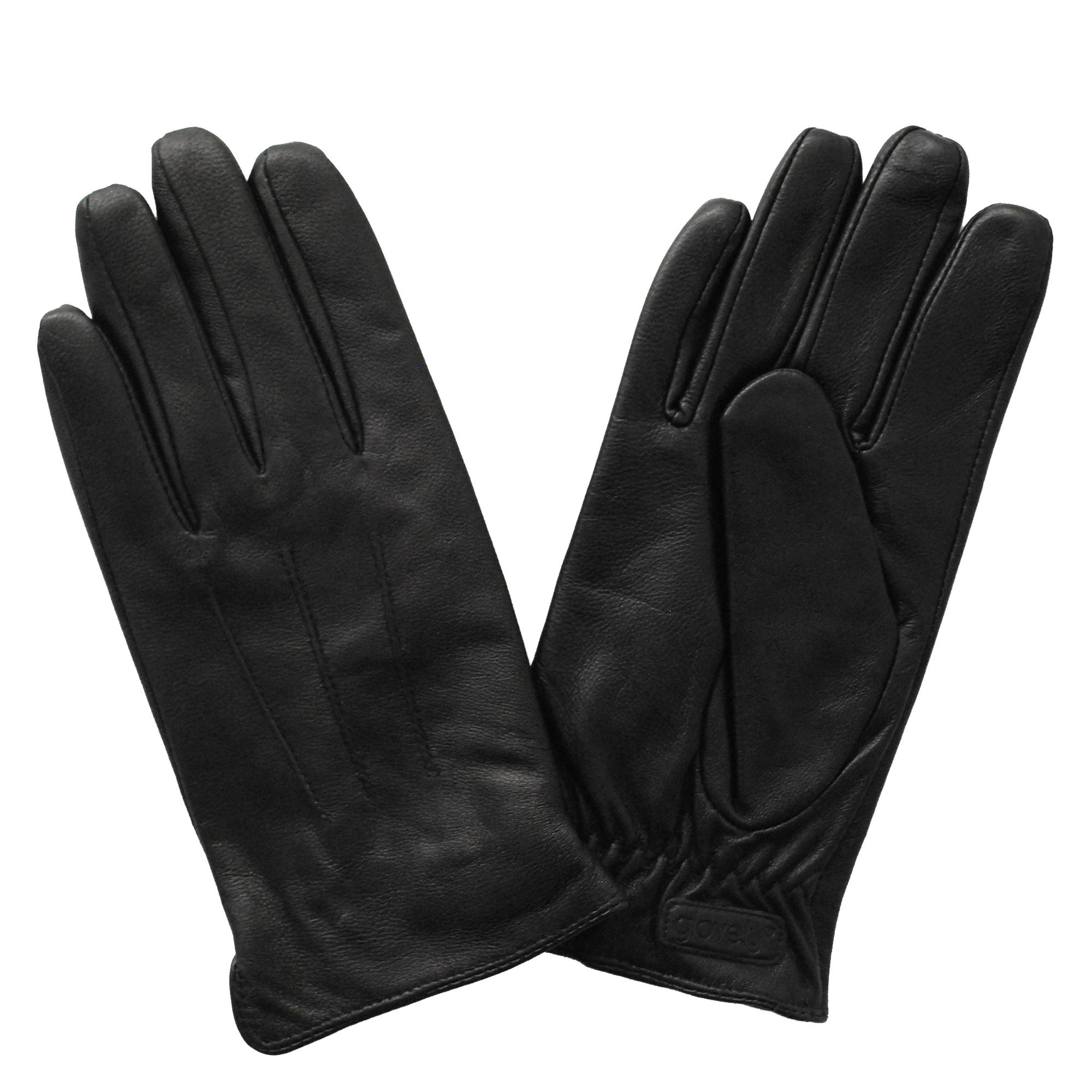 This book broaches new style in this series of non-linear story telling. You could argue that something like Carrie or IT follows a similar out-of-order format; I’d argue that Carrie is approached in almost a documentary style, collecting the entire spectrum of people’s views from those on the ground like Sue Snell to scientists who’ve studied the phenomena of her abilities. It could be said that Carrie may be a spiritual cousin to Charlie McGee (or Steve likes the idea and this is one of his ideas that’s expanded through several different stories). IT, meanwhile, gives us past and future simultaneously but in a less intrusive way. In Firestarter, parts of chapters will be flashbacks and then just jump to the present between chapter breaks, whereas the story of Turtle and kids vs. Clown is deliberately told with huge chunks of the story being set in different time periods. It’s up to us as an audience to make all the little connections to the past and present if you’re obsessed with the book as you all know I clearly am. The style King chooses for this book really makes the story engaging as you pick up details while the characters are on the run. A modern example would be the film Midnight Special, which has similar plot of a father taking his son, who has special abilities, on the run from a shadowy organisation. But in that case it’s a religious cult, who have way less bureaucracy than The Shop.

John Rainbird continues King’s great tradition of weird bad guys. Not the faceless evil of The Shop presented by Cap (the head of The Shop and a scary guy) or O.J. (yeah, there’s a character called O.J. who frequently refers to himself as The Juice. The character in the novel frequently uses his status as a government agent to intimidate women and kill people indiscriminately. Scary FICTIONAL character.). Rainbird is intelligent, organised, and psychopath. His insistence on being the one to hear Charlie’s last breath and fascination with women’s shoes make for a complex, layered villain. In other stories he’d be someone hunted by the authorities and even in the book you get the sense that he isn’t 100% on The Shop’s books officially.

As I mentioned above, the influence of this book is written largely in the 80s-onwards pop culture lexicon. Most notably in Stranger Things, in that Jane was experimented on and gained these abilities, then was hunted by Hawkins National Labs. I understand this is a homage as that is mash-up of great 80s sci-fi and horror stories. Like so much of King’s other influences, it has become synonymous with psychic phenomena fiction: things like Midnight Special (as mentioned earlier), Scanners (which came out a year the book), or even that terrible film Push (about psychics) owe something to King. Although in the story he mentions that the idea isn’t wholly original, making reference to the classic sci-fi story “Its a Good Life,” about a young boy with god-like powers who terrorizes his family and the rest of the town he lives in. It made for a great episode of The Twilight Zone original TV show and an ok section in The Twilight Zone movie (which, considering what else went on during the filming of that movie, is getting away lightly). 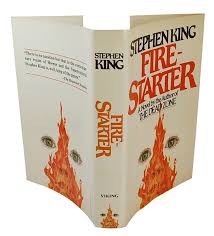 My main issue with the story is that’s a pretty bare bones plot considering the length of the book. Audiobook was like 15 hours. It tends to follow the same rhythm of Charlie and Andy are on the run, they arrive somewhere, it all seems okay, The Shop show up, Charlie burns them, rinse, repeat. It’s similar to how The Walking Dead has become the group on the road: they get to a new place that seems full of friendly people, spoilers: they’re all evil, burn town down, back on the road. Even the second half of the book is pretty formulaic

The Tommyknockers – The Shop appears heavily in that book trying to contain the, I think aliens, of – shit I’m going to have to read this one now, aren’t I ?

There was a remake announced, to be written by Akiva Goldsman, writer of such abominations as Rings, I Am Legend, The Dark Tower, Lost in Space (the one starring Joey from Friends), The DaVinci Code, Angels & Demons, A Winters Tale, and Batman & Robin. I forget what I listed all those titles for but I actually liked this story, so maybe give him the Cujo remake so I can just skip it ?

Before we begin, I want to give a shout out to the score of this film. It’s a good old 80’s pumping synth score. One to put on while writing possibly, but why oh why was it wasted on this movie?

David Keith plays Andy McGee because Kurt Russell was clearly busy making Swing Shift with Goldie. The kindest thing I can say about Keith’s performance is that his hair overshadows the bland everyman lead. That mane of late 70s/early 80s feather hair is sort of worth looking up for yourself… wait I can save you some time. Look…

See what I mean? It’s “helped” by the fact that his idea of displaying a psychic power is to grab either side of that glorious mop, inflate his cheeks, and do duck lips. There is no sum of money too great that I’d pay to see Patrick Stewart adopt the same technique in an X-Men film.

The big thing this film is remembered for is the performance of young Drew Barrymore. For someone so young, Gertie pulls off a passable portrayal of the innocent little girl who burns shit down by squinting. You can see the influences Stranger Things drew on for the character of Eleven, but Barrymore’s portrayal is on par with any other annoying kid of the 80s. Martin Sheen is pulling double duty as the evil head of The Shop, when a year earlier he played the U.S. president who was slobbering to start a nuclear war in The Dead Zone.

My biggest issue is that George C. Scott plays a character called John Rainbird, who in the book is Native American…

In the book, he has the gnarly-looking eye that he uses to gain sympathy from Charlie but covers the rest of the time. Here it’s a contact lens and he adopts an eye patch for the end of the last act because… reasons? It’s a very confused performance and one that I feel wouldn’t get by today. The Rainbird of the book is a complex character who is psychotic but in a controlled way, which made him scary. Scott’s performance boils him down to an eye patch, a creepy uncle vibe, and a ponytail.

I feel like this whole film was shot in the same room, with some creative set dressing like Cube. It has an air of cheapness about it that really lets it down. The shots of President Bartlett feel like they were shot in someone’s summerhouse they’d rented for the weekend. Which looks like they shot the other side of the room for Charlie’s cell later in the film.

This is actually a pretty straight up adaptation of the novel, but the film short changes Vicky even more. There’s a whole aspect of this woman who struggled to raise a child with difficulties that is totally ignored and would have made for a more interesting story than the adventures of Andy McGee bumbling his way across America.

Overall I wasn’t a fan of either. I didn’t Cujo-hate this one, but it’s a pretty basic story for how well remembered and long the book is.

Next time: We ride the lightening.