Warning: count(): Parameter must be an array or an object that implements Countable in /homepages/45/d96662078/htdocs/clickandbuilds/TheBackseatDriverReviews/wp-includes/post-template.php on line 316
↓
Home→Hail to the King→Hail to the King Vol 16 – The Green Mile

“The more difficult life becomes, the more the chance the human spirit has to shine.”

A Native American, a Cajun, a Real Estate Agent, and a trained mouse are waiting to die on death row and then… 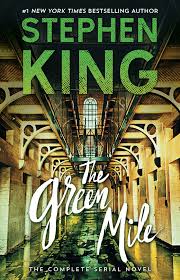 When talking about this book, the first thing we need to look at is the way King originally released this story as six smaller instalments. They were released once a month between March and August 1996. King often separates his books into more defined sections; this is the natural extension of that style of writing, while alluding to the likes of Charles Dickens in the serial format. Reading the book in the modern days, you feel as though you’re missing out on the anticipation people had for the next instalment in this story. 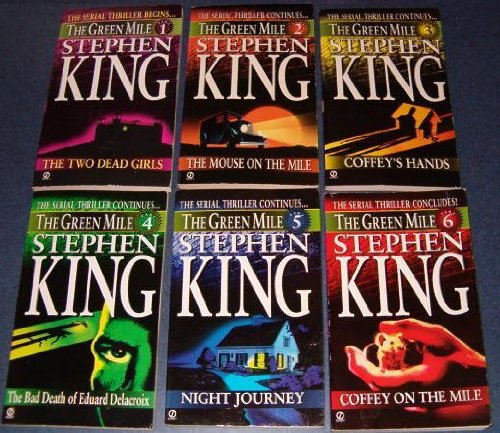 This is the newest King work I’ve covered so far in this feature (still 22 years old), but it really shows his evolution as a writer. We see a fundamental shift from the supernatural being a cause for concern to a cause for curiosity. There’s no other magical prisoner who’s evil: here, our villains are very human in their forms. We move away from the very nihilistic endings of his earlier books: this one conveys a message of hope for the human spirit. While the ending is still dark in that Coffey dies and Paul is condemned to live, both men have an acceptance of their fate that most King characters don’t get for the most part. Only other example I can think of in this series are the deaths of Larry Underwood and Nick Andros, who go out like champs fighting the good fight. While no one is exactly changing the world in The Green Mile, it’s more a meditation on the curse of living and what death brings to the soul that welcomes it in Coffey.

Again, King and faith are at battle again in this story. But it’s an acceptance of this “miracle” John Coffey can preform. Usually, the religious character is the dangerous, crazy character who leads others to their deaths, but this story is different. Here, the people who believe in John Coffey are the good guys (Paul and a few other guards) and the bad guys are the ones who don’t believe (Percy and Wild Bill). This shows another interesting shift in King’s stories, as he seems to have come to some kind of peace with faith. Rather than decry it, he uses it to give characters hope. We find out Coffey was trying to heal the two dead girls (granted, it’s not a great look), and was convicted the moment they find him because of his size and the colour of his skin. But as the guards come to realise what a gentle soul he is and how he wants to help the world, they all have their own world view shift a little bit. This faith in humanity Coffey provides is something you’ll find in few other King stories prior to this one. It’s a direction I feel comes with King ageing and letting going go of the anti-faith themes of his past so that he can explore the “what if” in fiction. 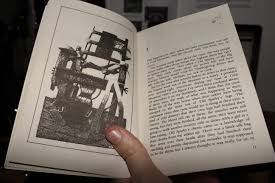 I’ve mentioned in previous features that King likes to workshop ideas, which is why we tend to get several books with similar themes. In this case we’re almost retreading Shawshank: being in prison with a possibly wrongly convicted man facing death. But in this case, we get a lot more of the supernatural as a wonder. It restores Paul Edgecomb’s faith in his job and allows him to do more good in the world, like when they heal the warden’s wife. It speaks to the larger theme of the book that the human spirit grows bright in the darkest places. Coffey knows he’s going to die but still wants to help people as it’s just in his nature. Same way Paul wants to help these men under his care pass on with as little pain and as much dignity as possible. The only time we truly see Paul lose his cool is when Percy fucks up an execution and impedes the calm order of the place.

Ok, this one stumped me. I can’t find any connections here. I even cheated and had a look online all the resources that came up had nothing for The Green Mile.

We’re back in the world of Frank Darabont adaptations and it’s the final act… until he does another one… please, Frank, do another. His touch as both writer and director is very true to the King source material, bringing it to life in a way few other directors can. (I’m looking at you Mick Garris, you know what you’ve done, or at least tried to do.)

Tom Hanks delivers another wonderful… you know what there’s something that bugging me this whole movie about Hank’s performance in this and a lot of his films. I’m not the first to point this out, but Hanks’s major roles almost all feature an extended scene of him peeing. Open your eyes sheeple: Forrest Gump, A League Of Their Own, Big. Peeing is something that his guy uses for seemingly no reason. Look at The Money Pit, where Hanks’s character mocks a pissing statue with a superior stream, or Apollo 13 where he explains to the audience exactly how to pee in space, or when he’s waiting for that phone call in The Terminal and suddenly has to pee. Even when it’s tangential, like the moment in Castaway when he suddenly has to go, so he tears across the beach.  Connect the dots, sheeple! Why do you want us to watch you pee, Tom? ANSWER ME! …any way, he’s great as Paul Edgecomb, he brings a real softness to the hard role. You believe he wants to treat the men on The Mile with dignity and respect before they are executed. Hanks has that quality about him that makes you see him as someone who’s trying to do a good thing in a bad place. Hanks’s natural charm makes you root for him as someone doing his job and the way he interacts with John Coffey, he wants to believe in the good parts of people.

As we’ve come to expect from a Darabont joint, the support cast is a rollcall of “the guy” actors: faces everyone will recognise from a long history of character acting even if you don’t know their name. But here we also have some new faces. First we have Doug Hutchison as Percy. Is there a more hated character on film than Percy? Hutchison takes this character, who played a sadist on the page, and perfect embodies him. From the first shot you completely get this guy as the psychotic evil protected by family connections. One the flip side of the coin, we have Sam Rockwell in one of his earliest roles as Wild Bill. He seems like what Percy would be without the money. Bill is truly wild: he has a sly intelligence that lets him really get in to people’s heads, like on his first introduction playing at catatonic in a hospital to eventually coming alive just to mess with the guards. He’s an element of rogue chaos. If Percy is the embodiment of institutional evil, then Bill the wild spirit of random evil. These two characters take elements from the character evolution of Lloyd Henried in The Stand, going from wild man to knowing how to play the game. 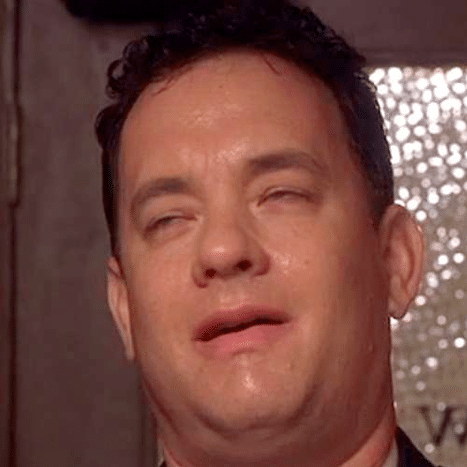 The ending is the difference. The books’ ending is considerably darker than the film. In the book, Paul introduces Elaine to Mr. Jingles, who dies just as he meets her, only to have Elaine die shortly after. This continues the books’ theme of transference, and how Paul is paying for his unnaturally long life. When he gets into the story of how his wife died after a bus crash while John Coffey’s ghost watches on, it hammers home the idea that Paul be more cursed than blessed.

The film does get into the idea that everyone who was healed by Coffey has a long life, but Paul and Mr. Jingles seem to be getting along ok with. In the film, it could almost be read a fantastical story made up by the old man. This ambiguity is something Darabont plays pitch perfect, and it ties in with a massive theme of King’s: there is still a little magic left in the world.

Overall, the stories are so similar but I’m going with the movie on this one. For that collection of Tom Hanks O/Pee faces alone.