Warning: count(): Parameter must be an array or an object that implements Countable in /homepages/45/d96662078/htdocs/clickandbuilds/TheBackseatDriverReviews/wp-includes/post-template.php on line 316
↓
Home→Sweeping Love Story→Hail To the Queen

You know, it’s about time that women get their due. We work hard. We tell stories just as well. They’re relevant and deep and have the shit that we want, goddamn it. So for today, we’re putting Dan on suspension. There’s no Hail to the King right now. It’s time for Hail to the Queen. Someone who gets horror. Someone who gets romance. Someone who knows what we want, what we really, really want – the voice of our generation. I speak, of course, of Our Lady of Body Glitter, the one and only… Stephenie Meyer. 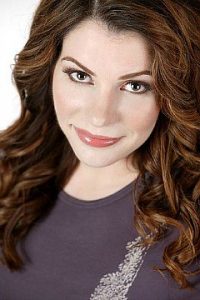 Let’s give this one the credit it deserves.

Published in 2005, can you believe that Meyer’s masterpiece of eternal love and devotion is now 13? That’s like perfect marrying age for Jacob, but I’m getting ahead of myself. Okay, okay, okay – camera back on Stephenie. Twilight is the story of average, everyday teenager Bella Swan, a nondescript girl who likes reading, moping and awkwardly running into things. Bella’s world gets flipped – turned upside down – when she meets broody Edward Cullen, the pale dude who’s in her science class. After several interactions wherein Edward conveys his disgust, she’s placed in convenient danger and Edward OMG SAVES HER LIFE. From there, it’s a constant barrage of, “If you tell people what really happened, no one will believe you” and vampire research montages. Yup, our sulky dreamboat is a member of the undead, but that’s okay because he feasts on the blood of Bambi. Bella is smitten, Edward musters some tortured smiles, and before you know it, it’s prom season and evil vampires descend to argue over who’s a snack and who has better hair (hint: it’s Edward. It’s always Edward.). 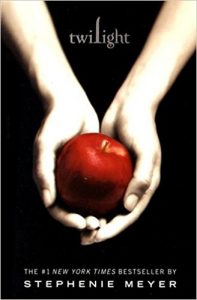 So this story has some stuff that appeals to both middle aged moms who’ve had a headache for the past four years and naïve preteens raised in seclusion alike: the presence of a non-threatening, courtly teenage boy who is wise beyond his years and wouldn’t dream of having sex with you. Edward is a bit like a Ken doll: pretty, fashionable, and bearing molded on underwear. He listens to you read poetry, he’s a hell of a baseball player, he plays piano, and he’ll be around with nary a hair out of place for centuries to come. Edward isn’t going to bug you for a handy in the backseat of a pickup truck with cushions held together by duct tape – he’s going to take you to dinner, watch you eat anything you want off the menu (grab your coat, Edward – we’re goin’ to APPLEBEES!), and defend you against mortal enemies for being nothing more than a shell of a person who happened to walk by. That’s all you have to be, and he’ll love you. Plus, he sparkles when he stands in the sunlight. 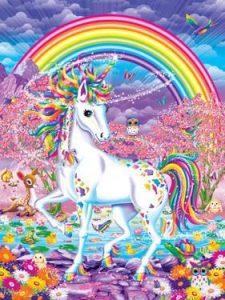 Ten years ago, a cultural phenomenon was born. Thanks to a lucrative business deal that involved Summit Entertainment somehow roping in both Catherine Hardwicke AND Melissa Rosenberg, this masterpiece of bland love could finally be brought to the big screen. Shove over, Love Story – there’s a new bad bitch in town. 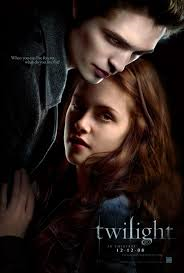 This film, thank Christ, was even BETTER than the book. We got our undead (ahem, living-challenged) hunk in the form of Robert Pattinson, fresh off playing a corpse in one of the Harry Potter movies (the one before we all realized that Matthew Lewis was indeed carved out of marble and everyone else could go home now while we watched him read the paper). Slather Pattinson up with some of the finest Bath and Body Works shimmer lotion we had available (I hope they used Sun Ripened Raspberry, please, dear god, let it be Sun Ripened Raspberry), stand him in some weak lighting, and get ready to swoon. 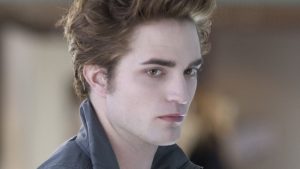 We also had the seeds planted for a later love triangle: the presence of Taylor Lautner as resident Native American, werewolf-in-training Jacob Black, who started pining for Bella like a puppy (see what I did there?). Countless women who had read ahead in the series winked and nudged and sized up a teenage boy, wondering what he was packing underneath that t-shirt and knitted beanie. This was your competition. Good lawd, they were expecting him to get hot. It brought me back to April 2004, just mere months before the Olsen twins turned 18. Ah, the fever pitch of waiting for someone to be legal. 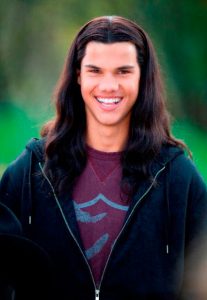 Then we had our heroine: Bella, as brought to us by the extraordinary goddess trapped in a glass cage of emotion, Kristen Stewart. K. Stew put her own special spin on Bella by blinking as rapidly as she could and letting her mouth hang half open. Is it longing? Boredom? A need to catch flies for sustenance? You be the judge. Nothing says, “I’m a blank slate upon which you can project yourself so that you can live in the story by proxy” like Kristen Stewart. I hope one day to be as lifeless of a kisser as she conveyed in this film. 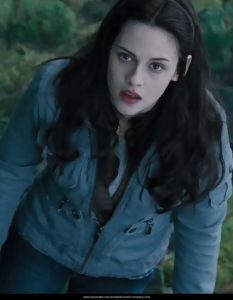 But the real star… the real star here is Billy Burke. The moustache. The plaid. The quiet life of desperation as a small-town cop who looks like he hasn’t quite grasped how to do laundry or go grocery shopping anywhere but in the frozen food aisle. Billy is magic, my friends, and no one can take away this gift. 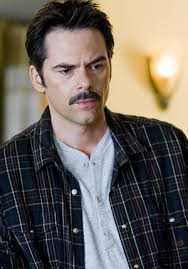 That’s like asking me to choose between my children. How dare you. 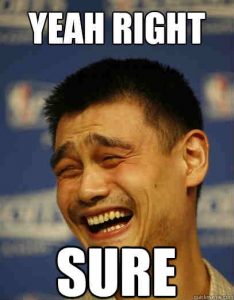 In short… Hail to the Queen. And by that statement, I mean April Fool’s, motherfuckers. You want a queen? Check out Roxanne Gay, J.K. Rowling, George Eliot, Eiko Kadano, Bharati Mukherjee, Maya Angelou, Gwendolyn Brooks, Ijeoma Oluo, any of the Brontë sisters, or pretty much any other woman who’s written a novel, poetry, non-fiction and/or a classified ad for a local newspaper.