Warning: count(): Parameter must be an array or an object that implements Countable in /homepages/45/d96662078/htdocs/clickandbuilds/TheBackseatDriverReviews/wp-includes/post-template.php on line 316
↓
Home→Uncategorized→Happy Halloween From The Backseat Driver Gang

GUESS WHAT DAY IT IS?! AWWWW YISSSSSSSSS.

Erin – What I’ll Be Watching 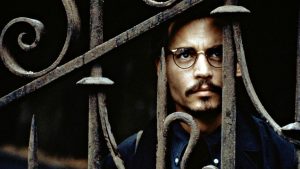 Depending upon my mood, what I watch on Halloween varies from year to year. Sometimes, I like funny; others, more serious. This year, I’m in the mood to tip my hat to the dark side, so to say. I’ll be watching The Ninth Gate, a film with which I’ve mentioned a troubled relationship in the past. However, it’s the holidays, and those are the times during which you should set aside your differences and see the positives. Polanski’s film features a love-to-hate-him performance from Johnny Depp, a killer score from Wojciech Kilar, and a main character that we never quite see: Old Scratch himself. It’s a film about a book that has the power to raise the devil – what is not to love here?! It’s the perfect end to Halloween: a chance to sit in the dark and slowly let the madness and obsession envelop you with style, grace and a steady climb down the stairway to hell.

Dan – The thing about The Thing 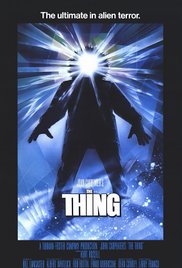 John Carpenter’s The Thing is one of the greatest films ever made. This is because it functions on a number of levels outside of the genre conventions. It’s part isolation horror, part creature feature, and part paranoid communism allegory. The creature effects work by Rob Bottin are still unmatched, the ripping, tearing, and spewing are equally gross out and beautiful to watch as you see a true master at work. Morricone’s score is haunting as it helps add to overwhelming atmosphere of dread that the characters are under. The paranoia is the real selling point here, Bill Lancaster has scripted a true pot boiler that doesn’t tip it’s hand as to who’s infected when. The cast sell their characters as both frazzled people and possible infect humans looking for a warm place to wait until help arrives. Finally, John Carpenter’s direction, the lingering shots, the use of shadows, that bleak nihilistic ending are all trademarks of a director who is truly on the top of their game. 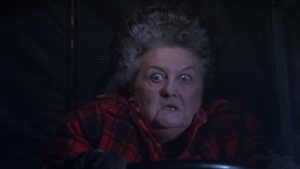 Last night, I was asked by a friend, “What movie fucked you up when you were a kid?” I had to really think about the answer. I wasn’t allowed to see scary movies as a kid. However there was a scene from my favorite movie as a kid, that I always had to look away from. Large Marge, from Tim Burton’s Pee-Wee’s Big Adventure. While I have no problem watching that scene anymore, that movie still holds a special place in my heart. 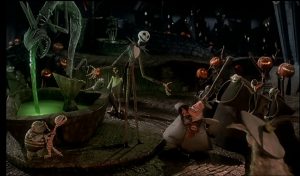 When I lived in my first house, I envisioned that I would transform it every holiday into a whole world for that time of year – think Christmasland, Halloweenland, etc from Nightmare Before Christmas. But my plans were bigger than my budget, so I just settled for decorating as best I could and feeding anyone who cared to stop by. My Halloween tradition kind of took off when I realized my house was a regular trick-or-treating stop in the neighborhood. So I always made it a point to get several bags of candy and rig up an iPod outside with Halloween music to entice the kiddies to the door (kind of like Witch Hazel, but without the cannibalistic intentions). The kids loved it. I loved it, and always had a horror movie going on my TV in the background. I don’t live in that house anymore, and am a bit bereft as to what my new Halloween tradition will be for this year, but I’ll most likely slide into a pair of pajamas, turn on one my favorites for Halloween, Young Frankenstein, and eat junk. Maybe I’ll also crank up a little “Thriller” for old time’s sake.