Warning: count(): Parameter must be an array or an object that implements Countable in /homepages/45/d96662078/htdocs/clickandbuilds/TheBackseatDriverReviews/wp-includes/post-template.php on line 316
↓
Home→I hate people→I Hate 10 Things I Hate About You. Here’s Why.

Some people think that the sun shines out of Shakespeare’s ass; I am not one of those people, which, let me tell you, is part of the reason I got some pretty nasty glares during my time in the English department in college. Personally, I think we’d be reading a hell of a lot more Kit Marlowe had he not met an untimely end, but that’s an entire tin-foil package worth of hat conversation for another day. Given, there are some plays I don’t mind – Titus Andronicus reminds us just how well-paved the road to hell is with good (and revenge-minded) intentions, and Hamlet is a juggernaut of parental issues on both sides of the relationship coin. The other plays… I could take or leave. Mostly leave. It’s the whole romantic comedy that’s so sexist it’s charming thing. You see, while a product of their times – and let me state right now that this behavior needs to be captured to acknowledge that it happened – this aspect doesn’t exactly translate well into modern adaptation, as much as people want you to think it’s timeless. And 10 Things I Hate About You is certainly no exception to this rule. Grab a seat belt – this is going to wander a bit, but I promise, it makes total sense in the end. 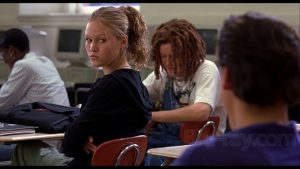 I’m side-eying it too, Julia.

This film is based off of The Taming of the Shrew, which I won’t regurgitate here. So here’s the huge problem with the script of Karen McCullah Lutz and Kirsten Smith: they created a shrew who’s actually a pretty mature teenager, with the confidence levels we all claim to want for our young girls in the face of peer pressure and high-stakes decisions such as sexual activity and alcohol use. Sure, Julia Stiles’s Kat can be a bit of a pill, but she makes some good points in terms of fighting the patriarchy and wanting something more than to just be some vapid, empty vessel like her sister Bianca (played by Larisa Oleynik, who never really appealed to me). Instead of being steered toward being a bit more accessible to make her point, she faces constant scorn from the rest of the school, particularly spurned suitor Joey (cult leader Andrew Keegan), who now has his sights set on deflowering Bianca. Kat, we later find out, is a big ol’ softie whose extreme feminism and non-conformity stems from a sexual encounter with Joey after her mother walked out on the family. Not died, mind you – mom walked the fuck out on her two young daughters, which is a head trip that would require quite a bit of therapy. So this vulnerable girl had sex with a douchebag because that’s what everyone else was doing; after saying no to further activity, she was dumped and vowed to not go along with what everyone else was doing, recognizing what was best for her mental health. Really… bravo to Kat. Saying no when someone’s pressuring you for sex was, is, and will continue to be a problem that many females face, from ages 12 to 80 and beyond. Good for her for being young and having the kind of respect it takes women years to achieve; some women never get there. Instead, though, Kat is described as a “henious bitch” to her face by an adult (which, really, I couldn’t get behind the way Allison Janney’s counselor, Ms. Perky, was written). She’s spoken over rather than praised, save for the brief kudos she gets from Mr. Morgan (Daryl Mitchell). Even then, Mr. Morgan chooses to slam her rather than create a dialogue concerning her need to embrace intersectional feminism, which would have been fucking beautiful to see. While not entirely there in terms of her evolution, we should see more Kats in cinema because we’re still having this fucking conversation almost 20 years later. Don’t believe me? Go view the warring factions of the Women’s March on Facebook. 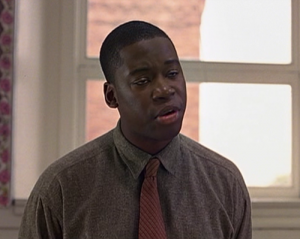 My expresssion every time I have to watch this film.

Where we get into the squicky part of this whole mess is the plot with Bianca and Kat’s father, Walter (Larry Miller), a grouchy obstetrician that refuses to let his daughters date for fear of pregnancy, and the need to “tame” Kat in order to make her datable so that others can have access to the more socially-agreeable (read: less deep than a puddle) Bianca. Walter reminds us all that “the two house rules [are] One: no dating till you graduate. Two: No dating till you graduate. That’s it.” He continually tells stories about uneducated, unwed mothers delivering babies with the line, “I should have listened to my father!” despite that the stories he tells are often embellished far away from the truth. The goal here is not education: Walter never seeks to educate his daughters with lessons on the menstrual cycle, positive body image, and normal relationship progression; this is entirely about the control laid down by the authority figure. By laying down the rule that Bianca can date when Kat does, he feels he’s won the game: Kat doesn’t tolerate high school boys, so he’s in the clear. In his words, he can go to sleep without worrying that someone will knock up his daughters. It’s about ownership at its core: no one gets to damage his property without his say-so. Some call this being a loving father; however, note the trend that once daddy’s little girl is married in a socially respectable fashion, she’s fair game for pregnancy; she’s technically not his property anymore, and therefore can’t be considered unmarriagable, damaged goods that could harm the family name (and therefore, financial bottom line). Kat’s suitors, therefore, have their work cut out for them: a group of teenage boys jonesing for sex need to figure out a way to get through someone who sees through the bullshit of a teenage boy jonesing for sex. Girl’s got to want a suitor, and thus the breaking process begins. 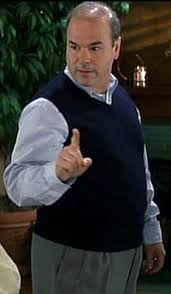 I’d hate the patriarchy too, Kat.

The way we get there, though, has a pretty grim origin. In the film, we see Heath Ledger’s Patrick sponsored attempts to woo her via insinuating himself into her interests, trading barbs along the way right into her heart. Classic, right? Problem here is that while it’s pretty creepy on paper (because it’s forgiven here because – sarcasm alert – Ledger is “dreamy”), in the play, the roles are far darker. Katherina is married off to Petruchio, then brought home to be systematically starved and threatened with physical violence in order to break her of her troublesome ways (read: questioning of absolute male authority). The end result is that she’s docile and obedient to him, whereas her sister is a more willful wife. Final message of the play: break her early on or else she’s going to rule that goddamned house. One line in the play drives home just how bad this training is: it’s a comparison to falconry, which doesn’t sound too bad at first glance. It’s an apt comparison: a bird of prey that’s trained to respect and work for its master rather than just slaughter everything in sight. The problem herein lies within falconry training exercises. Like many issues of hunting, there are multiple facets to this: proponents speak of the humane versions and conditions to which birds may be trained, often frowning upon just watching a few do-it-yourself YouTube videos. The reasoning behind this is without a doubt brutal: falconers without sufficient training can kill their fucking birds. Then there are some of the methods of training, which involve hooding the bird in order to force dependency, the tagging, the food deprivation, and the potential for poor living quarters. It’s a contested practice that’s designed to break a wild animal to serve a master. Chew on that for a minute: Shakespeare felt it was a good comparison for the taming of Katherina. What she experiences is domestic abuse. Your great love story is an abusive relationship built upon manipulation of a young woman’s emotions and physical safety because she didn’t accept the status quo. She’s being punished for asking questions and not taking bullshit, and in the end, she has to publicly declare her private hurt and feelings as an act of attrition for her individuality. 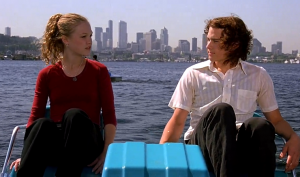 Ultimately, Kat gives a dramatic public reading of the reasons why she loves someone who violated her trust and hurled some choice verbal abuse at her from time to time. Is this really the love story that you want to define you? Is it really that appropriate to think that a young woman being robbed of her individuality so that someone else can get laid is somehow a love story for the ages? Some may argue that everyone winds up happy in the end, that everyone gets their freedom. However, the road to freedom should not be strewn with manipulation. No one deserves abusive in order to achieve a sense of personal happiness. And truly: if you’re being abused, do you even realize that someone has robbed you of your agency and happiness?