Warning: count(): Parameter must be an array or an object that implements Countable in /homepages/45/d96662078/htdocs/clickandbuilds/TheBackseatDriverReviews/wp-includes/post-template.php on line 316
↓
Home→Love story→Weekend Movies: Ten Flicks to Catch For Valentine’s Day

Ah, the time of love. Flowers and candy and all that fun crap. I know, I shouldn’t be so pessimistic. You know what? There are actually some good romance flicks out there; some of them you haven’t even seen. Some you have, and you may not have realized that they’re actually good love stories. There won’t be any Amelies on this list – we all know that’s a good love story. Let’s throw pessimism to the wind and go exploring – at the very least, you’ve gained something new. Or have a new film to justify to a loved one. Here are ten movies watch during the season-o-love, in no particular order. 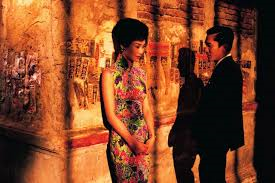 Kar-Wei Wong directed this incredible story that is as delicious as a piece of Italian bread dipped in homemade sauce (not Prego or Ragu – keep that shit out of my kitchen). This gem features Tony Leung Chiu-Wai and Maggie Cheung as neighbors who are devestated to learn that their spouses are having an affair. The heartbroken pair, in their grief, attempts to figure out how the affair started, which leads to them genuinely falling for one another, yet not wanting to engage in the same behavior as their spouses. You will never pull for a couple to get together so hard in your life. Coupled with one of the most gorgeous costume jobs in cinema and a multi-layered score, it’s so pretty it hurts.

3 is one of the best love stories out there. Hanna (Sophie Rois) and Simon (Sebastian Schipper, who rocks the fucking hizzouse – really, go rent Victoria, which he directed) are a long-term couple that has lost their spark. Enter Adam (Devid Striesow), who begins separate relationships with each of them. This film presented polyamory as the solution rather than the problem. As a poly woman, I can’t tell you how wonderful it felt to see this dynamic onscreen, even if it’s only one permutation of polyamory (trust me, there are many…. heh, see what I did there?). Theirs is a bonded, content love, and while complex, you will find yourself longing for their passion. In particular, Striesow and Schipper have amazing chemistry. Check it out for that. 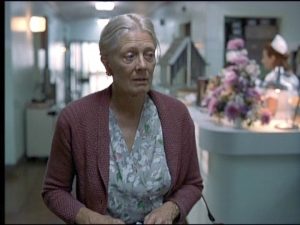 Three segments on lesbian love, each with different facets of the experience of love. In “1961”, we watch Vanessa Redgrave lose her lifelong partner, mourning in absolute agony as the people around her treat her as an afterthought rather than a spouse in an ill-informed era. “1972” sees Michelle Williams finding love with Chloe Sevigny amidst the great debate of what a lesbian is supposed to look like (hint: it’s whatever the hell the lesbian in question wants to look like). The final installment, “2000,” sees happy couple Sharon Stone and Ellen Degeneres trying to have a baby. While all three are great stories, “1961” is the true clincher here. Redgrave is simply stunning in this piece as she conveys the life of someone who is willfully unseen and discarded, who cannot grieve openly. It is my sincere hope that we never have to return to that state ever again. 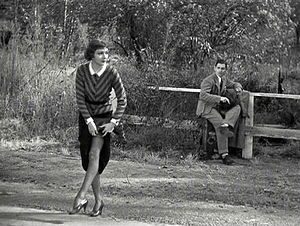 Don’t discredit a film just because it’s in black and white and pre-code. Frank Capra directed this bad boy – he’s the same guy that brought us Mr. Smith Goes to Washington in 1939. This film is a screwball romantic comedy featuring Clark Gable as a no-nonsense reporter and Claudette Colbert as a rebellious heiress trying to reach the husband she impulsively married to spite her wealthy father. Worlds clash, snappy dialogue ensues, and before you know it, everyone’s in love and having a good time. It will charm the damn pants off of you. It’s a movie that will make you smile. 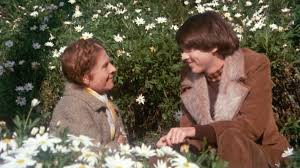 Harold (Bud Cort) is a wealthy young man who’s obsessed with death. Maude (the divine Ruth Gordon) is a spunky woman just shy of her 80th birthday. They meet at a funeral, where neither knows the deceased and both are searching for something more. First, they become friends, then something more. If you have a dark sense of humor like yours truly, you NEED to see this film, if only for Harold’s mock suicide attempts. It’s also a beautiful statement of surviving versus living. You want my advice? Go find yourself a Maude. Find someone that reminds you to stop and play the banjo every so often. Find someone that makes you feel alive. 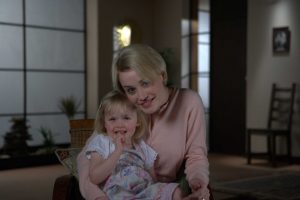 On the surface, this science fiction effort from Duncan Jones shows us a man that’s stuck up on a moon base in the near future, pondering if he’s going to be let out of his contract. It’s the struggle of corporate greed versus human rights (oh, the relevance here….). We get to see main character Sam (Sam Rockwell) try to make sense of his life and identity as his world comes crashing down. We can’t ignore one key piece of it: his longing for wife Tess (Dominique McElligott), whom he desperately wants to see again. It’s a beautiful statement on one person being the thing that we want most in this world, and how they can be our sanity in a storm of self-doubt and pain. Couple that with the beyond-moving score provided by Clint Mansell, and it will leave you yearning as much as our hero. 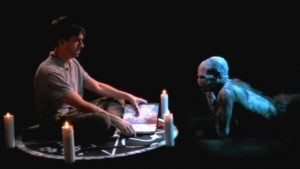 Lo is an indie film from Travis Betz, set in one spot with a few different painted backgrounds. It tells the tale of Justin (Ward Roberts) matching wits with summoned demon Lo (Jeremiah Birkett) to find his kidnapped girlfriend April (Sarah Lassez). Justin wants April back; Lo wants to eat Justin. Along the way, Justin learns some truths about his beloved, but never loses sight of the desire to see her again. My entire reasoning for recommending this is one look. You will know it when you see it: it’s a look some of you may have given someone, or a look you may have received. It’s wrenching. It’s powerful. It’s a kinship formed when you’ve had to make an impossible choice that leaves a gaping hole in your chest. It’s pure, and it’s a facet of love we sometimes don’t want to face: letting go.

Pixar, you sneaky sombitch. You just have to give us amazing love stories. Yes, Up is the clear winner in this game in terms of strength, but WALL-E wins the race in terms of endurance, particularly as our main characters are, well, not human, and therefore shouldn’t feel like we do, let alone feel things many of us have forgotten. Some could argue the beauty of the emerging relationship between John (John Ratzenberger) and Mary (Kathy Najimy) as the romantic focal point, but it’s the good example this pair gets to model in the form of WALL-E and EVE that give it the edge. Everyone wants someone to look at them the way that WALL-E looks at EVE, and when she realizes just how much he’s stuck by her in absolute awe… he’s lucky to have her as well. I openly admit to crying at the end of this film. Every time. 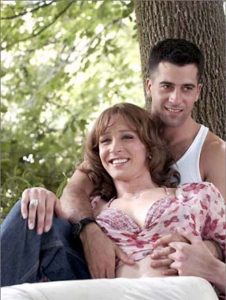 This is especially appropriate in the age of trans rights. Based on the tragic true story of the murder of Barry Winchell (a nuanced Troy Garity), it recounts the courtship of Winchell and Calpernia Addams (Lee Pace, who really can do anything he sets his brilliant skillset to) prior to Winchell’s death. It’s not enough that Garity and Pace have the kind of chemistry that can’t be bought. Nope, we get some beautifully written scenes that deal with the nature of love. Specifically: you don’t pick who you love. Sometimes, it just happens, and when you allow it to happen, it’s beautiful. Theirs is a story so human and moving that I seriously distrust you as a person if you call it ugly. I only wish the real Barry and Cal were sitting on a porch somewhere, laughing and holding hands while sipping iced tea. They deserve that. 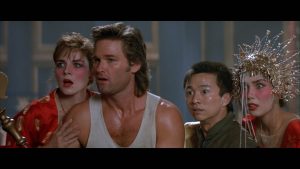 How the hell did this one get here? Because at its core, love is the great motivator for what is a cult classic that’s packed with action and mythology (plus a bitchin’ score by John Carpenter). It features a man (Dennis Dun) that ventures into a world of dark magic with his best buddy (holla for Kurt Russell) in order to save his beloved (Suzee Pai). Oh, and our other female love interest, Gracie (Kim Catrall)? She’s a badass babe that uses her legal degree and chutzpah to fight against human trafficking. Game, set, match.

While not traditional, these films are definitely something worth checking out in the love department. So grab a bottle of wine and give one a try – you just might find a new sweetheart in this bunch.