Warning: count(): Parameter must be an array or an object that implements Countable in /homepages/45/d96662078/htdocs/clickandbuilds/TheBackseatDriverReviews/wp-includes/post-template.php on line 316
↓
Home→Meh→The Familiar Discontent: Why I Don’t Feel At Home In This World Anymore Is Unfulfilling In a Good Way

Nothing gets me excited for a movie like learning it’s come from Netflix. With shows like Bojack Horseman, Stranger Things and Love – as well as movies like Beasts of No Nation – the service has a great track record of providing quality entertainment that knows how to think outside of the box. So when I Don’t Feel At Home In This World Anymore was announced, I felt quite a bit of excitement. It’s directed by Macon Blair, who’s had a hand in Blue Ruin and Green Room. It was getting good buzz. It stars Elijah Wood and Melanie Lynskey, both of whom I enjoy immensely. So when I watched it, I found myself feeling a little underwhelmed, and wondered why. I mean, this film was getting good reviews. It looked good. So why wasn’t I feeling it? Then it hit me: Macon Blair is one crafty sombitch in that he gave us a tale that fits so well with the centralized theme that the tone carries over to merge with our own experiences. 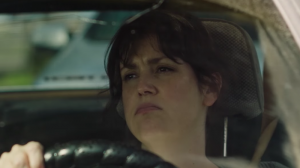 My face, just about every time I get behind the wheel of a car.

First up: Lynskey’s Ruth. Ruth is relatable for many of us: she’s quiet, she’s polite, she does her work, she waits calmly in line while someone rudely cuts in front of her at the store. When her home is broken into, she follows the straight and narrow pathway, electing to call the police for her lost belongings. What she gets is not what she expects: she’s practically blown off by Detective Bendix (Gary Anthony Williams), who doesn’t show an ounce of sympathy for a woman who has experienced a violation. In fact, his chastising of her leaving her door unlocked works to undermine her sense of violation in a manner that crosses into victim-blaming: had she been more careful, she could have prevented her own violation. This is probably one of the more disgusting parallels to sexual assault I’ve seen in a long time: if only she had done something differently (not drinking, not had so many previous partners, etc.), something bad wouldn’t have happened to her. As it is, this woman is left to process that someone has been in her home without her permission and has stolen something of great sentimental attachment. For anyone with aging grandparents, we can recognize how tough it is to lose something special they’ve given us. We know the story behind it. We don’t care about the monetary value; we care about the memories. So when this quiet woman who gets pushed around and has books spoiled for her without a second thought gets told that it’s her own fault and effectively, there are larger problems then her sense of safety, we’re pissed. We want action. 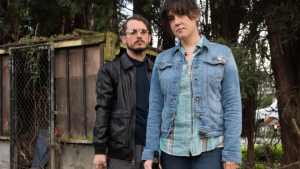 The action we get it both amusing and a bit of a letdown. Let’s be honest, Elijah Wood’s rat tail hairdo is quite possibly one of the greatest things about this film. His Tony is intense while simultaneously letting on that he knows fuck all about anything. When Ruth enlists Tony’s aid, we know that this is going to go hilariously wrong. What we’re not expecting are the moments of politeness that still permeate the film: Ruth apologizing for clocking the pawn shop owner, the lack of fight with the group when she takes back her laptop, the cowering when Bendix screams at her in the police station and shifts the conversation onto his impending divorce. While we get to see Ruth get angry, it’s not fully realized – it’s as though she has trouble letting go. She even apologizes when she clocks Christian Jr. (Devon Graye) in the throat after her threatens her in her home, which is the perfect moment of taking back one’s life in the face of someone who violated you. Tony is not equipped to deal with the unfolding situation, and he doesn’t have a shining moment of saving the day. In the end, the bad guys die, Ruth gets to go back to her life, and things fall into place. I must admit, this whole thing got me down. 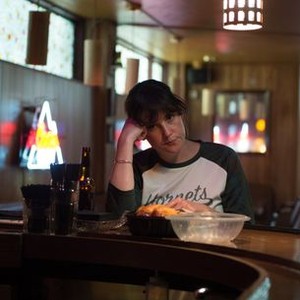 Me, at the end of this film.

And then it hit me that Blair is a goddamned genius. If you stop and put this entire execution into perspective, this is how we’d all behave, and Blair doesn’t sugar-coat that in the slightest. There are bad people out there that do terrible things, and yet the majority of us will just take it. While we’d like to think that we’d be a commando that would take control and right the wrong when the law fails us, deep down, we know that we’re either a Ruth or a Tony. We know that we’d listen and seethe quietly while a cop told us that it’s our own fault, to lock our doors, and to sit tight while they work the case. We’d like to think that we’d go storm the gates, but we know that we’d just look like Tony, underprepared and over-confident. We know these facts and so we act accordingly. We become Ruth. While Ruth has a happy ending because of her ability to act, we know we’d be polite and go back to the way things were. Humans crave pattern and normalcy. These are uncomfortable observations concerning human nature, and in calling attention to them, Blair gives us a story that falls way closer to the truth than to any rip-roaring story. By default, that makes this story way more important because it forces us to look inside of ourselves and recognize not only who we are, but how we would react. That has the potential for either change or grudging acceptance, which is never an easy task when it comes to the reconciling of one’s psyche. 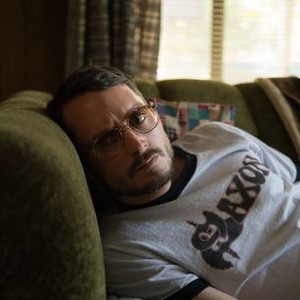 Moral of the story: the couch is safer.

In the end, we can’t all be Jason Statham, as much as we’d like to be. Sometimes, we get to be that polite person that just deals with life while quietly screaming on the inside. Sometimes we get to scream out loud; sometimes, we apologize immediately and let our manners take back over. And that’s alright. Sometimes, being nice isn’t so bad.