Warning: count(): Parameter must be an array or an object that implements Countable in /homepages/45/d96662078/htdocs/clickandbuilds/TheBackseatDriverReviews/wp-includes/post-template.php on line 316
↓
Home→Horror→Weekend Movies: Five Reasons to Watch Hell House LLC

I caught Hell House LLC at the recommendation of friend of the site Rebecca Booth, who podcasts over at United Nations of Horror. I’ll be honest, I was a bit cautious at first based upon the plot: a documentary crew tries to piece together what happened when a haunted house attraction opened and went wrong, killing a grand total of 15 people. I wound up really enjoying it. Here are five reasons to watch it this weekend. 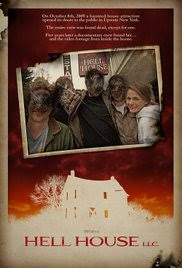 Preaching to the choir here, but found footage films are pretty hit or miss. Sometimes, you get one that knocks it out of the park – other times, you get people being obnoxious, side-eying the camera and really camping up the look and feel (because apparently there’s no quality of acting to go along with the no-budget atmosphere). Luckily, Hell House LLC is the former: it’s really good. The camera isn’t all over the place all the time, and the documentary intersperses are great. It added to the plot rather than subtracted.

This was such a welcome surprise: jump scares combined with atmospheric build. Color me impressed. The action starts building early on, relying on the tension and the knowledge that we’re watching something go very wrong in short order. Once we get to the scares, they’re that much more impactful because we’re already freaked out. I was legitimately creeped out. Good on you, writer/director Stephen Cognetti. Good on you. 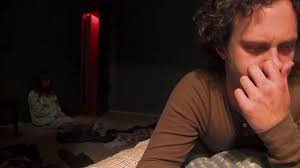 #3 – The performances are solid

I liked this cast. Gore Abrams in particular gives a multi-layered performance as an organizer that happens to catch a few instances of haunting on camera. Also strong are Danny Bellini (Alex) and Jared Hacker (Tony), especially when they investigate weird sights and sounds. Ryan Jennifer Jones does a good dead-eye trance as Sara too. The thing that works here lies within the cast chemistry: they seem a like a group of longtime friends that run a haunted house attraction together. They bicker and they get snappish with each other the way that close friends who happen to be colleagues do. It’s a great dynamic to see onscreen. I felt like I was actually watching people getting stalked by ghosts. Bravo.

#4 – The documentary is buyable

Documentary pieces are a gamble – the wrong group can make the whole thing feel forced. There’s something groan-inducing (in a bad way) about realizing that you’re watching a group of actors pretending to film a documentary; it’s a bit like trying to take the reenactments of Unsolved Mysteries seriously. The documentary crew here does what they’re asked: they try to get to the bottom of what happened, presenting a growing conspiracy and facts our protagonists don’t know. They don’t try to become the Ghostbusters, which is nice. 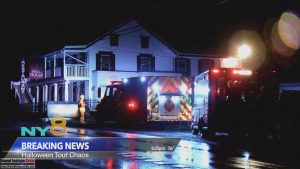 News footage is a nice touch.

#5 – Every town has at least one house like this

Admit it: every single town has at least one spooky place that creeps the living hell out of you. It’s most likely got a history. I’ll share the local one for me: Mother of Sorrows Church. Rumors abound and people have seen weird things there in its time as a church, then when it was made into a library. It’s now a community center and it’s still creepy as all hell. Point is, everyone has a building like this where they live. It’s enough to make you wonder what if.

Hell House LLC is available for steaming on Amazon. Give it a try this Halloween season.