Warning: count(): Parameter must be an array or an object that implements Countable in /homepages/45/d96662078/htdocs/clickandbuilds/TheBackseatDriverReviews/wp-includes/post-template.php on line 316
↓
Home→Horror→Weekend Movies: Five Reasons to Watch Jaws

Iiiiiiiiiiit’s summertime, and you know what that means – kids who have just seen 1975’s Jaws are too scared to go swimming even in the shallowest of water. If they’re anything like my kids, they didn’t even want to be near the shower (yup, I have that kid). But… but… but… it’s Jaws! It’s seminal summer viewing! Here are five reasons to sit in a kiddie pool and watch it this weekend. 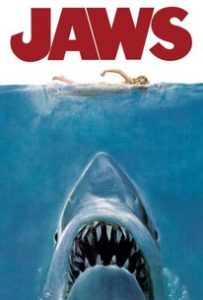 This reason is going to seem incredibly dumb. I mean, I’ve picked some stupid reasons to watch a movie in the past, but damnit, this one’s impressive. My brother does the most bang-on impression of Dreyfuss saying the words, “Damn you!” Yes, that’s beyond stupid, but fucked if I can’t see Dreyfuss saying this every time I see him on the screen. Okay, fine, here’s a fun piece of trivia for you: the story goes that Dreyfuss passed on the role of Hooper initially, but then caught a screening of his film The Apprenticeship of Duddy Kravitz. Dreyfuss hated the whole thing, and was terribly worried that no one would want to work with him again. That’s why he took the job. Steven Spielberg decided to ask Dreyfuss not to read the source material, so that he could craft a character that was really his own. I can’t picture anyone else in the role.

The introduction of this film is incredibly tense. There’s a reason it’s so iconic. It seems so commonplace: couple decides to head to the beach, guy gets drunk and passes out, chick goes skinny dipping. The simplicity of it, and the result of what can go wrong when you least expect it, makes it that much more scary. Another fun piece of trivia: Susan Backlinie, who played Chrissie the skinny dipper, used to be a stuntwoman and was working on breaking into mainstream acting. She was used to physically demanding work and had no qualms about appearing nude on film. Fun trivia aside, between the death of Chrissy and then the killing of a child onscreen, the unexpected deaths of people doing regular things is enough to make you question the simple actions you take without a second thought. In fact, it’s the death of young swimmer Alex Kintner that horrified my then-8-year-old the most. It’s effective when she brings it up a year later and hasn’t fully forgiven her grandparents. 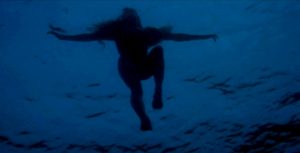 #4 – Proof of success after a setback

This film may have well have been called Voyage of the Damned. Spielberg had 3 huge, mechanical sharks built so that we’d see Jaws in all of his glory; not a damned one of them worked. Filming was supposed to take a modest 55 days; it stretched into an aching 159 days. Spielberg wanted to get a redo of the scene when Hooper finds Ben Gardner’s corpse; Universal said stuff it, and so Spielberg shelled out $3000 of his own to do it. And you know what? The film kicked ass. Bruce the shark not working wound up adding far more mystery because we couldn’t see everything; it was scarier that way. The gang filmed over the course of peak tourist season in Martha’s Vineyard, which is an extraordinary place if you’ve never been there (and lent greater realism to a crowded beach in the middle of summer). The Gardner scene is great. And furthermore, it’s proof that in capable hands, a mistake can turn into something serendipitous.

#5 – The rabbit hole of film criticism

I didn’t realize how much deeper meaning has been packed in and associated with this film. It tackles such subjects as Watergate, Marxism, social classism, spirituality versus science, man versus nature, and who the real villain of the story is. All this from a Great White killing machine. It’s an overly analytical nut job’s dream. Which makes this girl terribly, indescribably happy.

Don’t bother renting this. Just buy it if you don’t have it already.