Warning: count(): Parameter must be an array or an object that implements Countable in /homepages/45/d96662078/htdocs/clickandbuilds/TheBackseatDriverReviews/wp-includes/post-template.php on line 316
↓
Home→Crime→Weekend Movies: Five Reasons to Watch My Friend Dahmer

You know, I need to give it up to my friend Cate. She is the movie equivalent of an MVP. She has come along with me to some stuff others would take a firm pass on (mother! springs to mind), and even suggests some of them. She is my ride or die movie buddy. One such film we caught was My Friend Dahmer, which didn’t get the extraordinary release it should have gotten because fuck me it’s GOOOOOOOOOOOOD. If you need more convincing, here are five reasons to watch it this weekend. 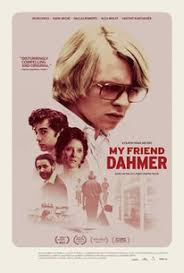 I’m scratching my head as to why Heche’s performance wasn’t so roundly applauded and rewarded by various outlets. Her turn as Dahmer’s alcoholic, emotionally abusive mother is equal parts engaging, draining, jaw-dropping and powerful. You feel so badly for Jeff (Ross Lynch) when you see the complete trainwreck he lived with; you feel so badly for his rejection by her. Watching her, you feel rage coupled with shame. You’re embarrassed for this kid. If you’ve ever had a friend who has an utter mess of a parent, you’ll cringe on the inside and want to find some way to diffuse the discomfort after every interaction. I wonder if that’s why she wasn’t nominated: she captured a point that most people would rather look away from – it’s that notion of “polite people don’t talk about this”. If it’s the job of an actor to make you feel, she nailed it.

#2 – The source material is an interesting exercise in therapy

This film is based off the graphic novel of the same name by Derf Backderf. Backderf grew up with Dahmer and lost touch with his friend – who inspired attention-grabbing pranks and a fan club – after high school. These are his memories of his friend Jeff before he got that fateful phonecall stating what Jeff had been getting up to in his spare time. The graphic novel is an excellent, unbiased look at someone who grew up to be a monster, complete with warning signs and humanizing stories. It’s equal parts historic record and therapy. It’s trying to make sense of knowing a monster when you were just a kid. The film is a faithful adaptation of the source material. The subject matter can be difficult to wrap your head around, but it’s worth it. 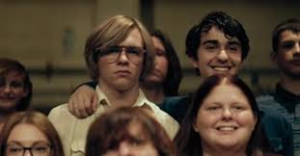 #3 – Sympathy for the devil

How can you manage to feel badly for someone you knew became a monster? That’s the tamest, most appropriate word for Dahmer I can muster: he was a monster that raped and murdered men that didn’t deserve that treatment by a long shot (don’t even get me started on the rampant homophobia toward his victims that his trial revealed). There’s an odd sensation that will fill you as you watch the circumstances of his life unfold: the drinking, the isolation from his parents’ divorce, his obvious signs of mental illness. Something was clearly wrong and everyone looked the other way. It’s difficult to feel nothing looking at this person’s life. Part of you wants to hope it gets better. We all know it didn’t, and that sting of pity lets us know that we’re still human. It also serves as a teachable moment: if you notice something odd, for fuck’s sake, speak up.

#4 – A throwback to troubled youth

In the 1970s, you could get away with a ton of shit. Between the drinking and the lack of adult supervision – as well as missing the documentation abilities of the internet – you could do pretty much anything and have a good laugh about it. It was also a far sight crueler than today’s consideration for your feelings. We see Jeff get exploited and egged on, and everyone thinks it’s funny. Nowadays, someone would be setting up counseling services. Yes, it’s softer, but you have to admit that the treatment this kid gets – being made a spectacle – would have been far better served with intervention than the “aw shucks, it was just a joke!” attitude. 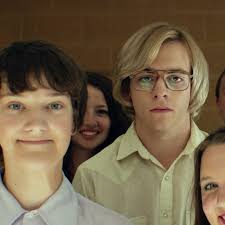 Someone should have seen this coming.

This isn’t a horribly violent movie by any standards. We don’t get gratuitous kill shots or exploitation in that sense. What director Marc Meyers goes for is good, old-fashioned tension. We’re left to wonder if someone is about to get shot or stabbed. We’re clenched in our seats wondering if this disturbed kid is going to hurt someone in front of us. We know what it becomes and we’re scared that we’re going to see how it starts. It’s the waiting that kills us, and this film is so very patient. It’s a bit like a surreal dream. Kudos to Meyers for establishing and maintaining that tone.

My Friend Dahmer is currently available on iTunes and Amazon.