Warning: count(): Parameter must be an array or an object that implements Countable in /homepages/45/d96662078/htdocs/clickandbuilds/TheBackseatDriverReviews/wp-includes/post-template.php on line 316
↓
Home→Comedy→Weekend Movies: Five Reasons to Watch Seven Psychopaths

Martin McDonagh’s 2012 gem Seven Psychopaths is a fun one to catch. The story of screenwriter Marty (Colin Farrell), who gets mixed up in a dog heist that now involves mobsters and killers, it’s a fun little jaunt into both Hollywood and the world of the mob. I mean, it’s got Woody Harrelson and Tom Waits – it’s full of good voices and deadpan delivery. Need more reasons to watch it? Here are five. 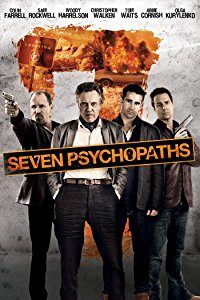 Marty has a problem with the sauce. Yes, you can feel free to insert jokes about the Irish and writers being stereotypical drinkers (which I find unfair), but the film has a good handle on gradually waking up to the notion that you have a problem. Sometimes, it’s not a melodramatic car crash, or even the confrontation by an angry partner – sometimes, you just take a considered look at yourself and realize that there might be something amiss. It’s a refreshing approach.

Christopher Walken plays a man named Hans, who helps buddy Billy (Sam Rockwell) kidnap dogs and return them to their owners for reward money. Doesn’t that role sound like it perfectly fits the quirky Walken? It does, and it goes one better – you get full shot stares into the qualities of Walken’s acting that make him both terrifying and compelling. He’s in his 70s and I still would not fuck with this man. That’s a special level of strangely captivating. 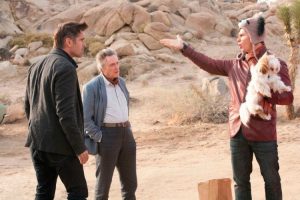 The common thread of this whole film is Bonny, the beloved Shih Tzu of violent gangster Charlie (Harrelson). Charlie is not a nice man, but damned if he doesn’t rip heaven and hell apart to find his beloved dog. Bonny, for her part, charms the living hell out of everyone. And really, that’s how we see our pets. They’re our babies, and no one messes with them because all they do is love us. We all know at least one person who would go full Charlie to get their beloved peanut back. And yes, Bonny would get ALL of the treats from me that she requested.

Total honesty: this film is a bit heavy on the dudes. You don’t get many female performances (though I was quite happy to see Gabourey Sidibe in this film), but of the grand total of about five brief female roles, you get two that are dynamite: Myra (Linda Bright Clay) and Maggie (Amanda Warren). I won’t spoil it, but these two women own the film without having starring roles. They’re special enough to check it out on their own. On second thought: McDonagh, I want a movie about Maggie. 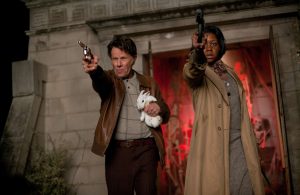 #5 – A commitment to storytelling

This is a film that loves to tell stories, and tell them it does. From drunken retellings at parties to drafting out a script idea to filling in the blanks with new information, this film has a deep love of spinning a tale for the audience. Each time a story is told, you’re sucked right in. That’s a good writer right there. It manages to nail the idea of spinning a yarn by seamlessly incorporating this aspect into the execution. Pun intended.

Seven Psychopaths is available on Amazon.