Warning: count(): Parameter must be an array or an object that implements Countable in /homepages/45/d96662078/htdocs/clickandbuilds/TheBackseatDriverReviews/wp-includes/post-template.php on line 316
↓
Home→Emotions→Weekend Movies: Five Reasons to Watch The Princess and the Warrior

I love Tom Tykwer movies. From Winter Sleepers to Run Lola Run to the incredible 3 (which, really, if you haven’t seen it, you’re missing out on the best poly love story out there), I love the man’s work. He can get a little carried away sometimes (he can go “Full Tykwer,” as I like to put it, with his symbolism), but I forgive him with the soundtracks he’s contributed. One film of his that I adore is The Princess and the Warrior. It tells the story of Sissi (Franka Potente, an actress I can watch all day), a psychiatric nurse who is saved from death by the troubled Bodo (Benno Fürmann), and the incident changes both of their lives. Here are five reasons to find it and watch it. 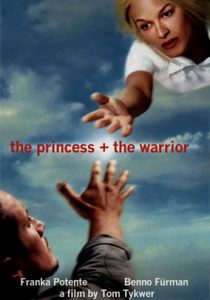 At this point, I’ll watch anything with Franka Potente.

#1 – The mental state of our vets
Being American, I can tell you right now that the way our soldiers come back to us is shameful. Anyone that goes and serves his or her country deserves to come back to adequate healthcare, whether it’s mental or physical. The character Bodo is a vet that has a whole host of mental problems, including anger and violence. It’s tough not to draw a parallel to the care our soldiers should be getting.

#2 – The soundtrack
Tykwer and Johnny Klimeck teamed again on the soundtrack for this film. Does the pairing sound familiar? That’s because our boys have done this before on Run Lola Run, which is one hell of a soundtrack for just about anything (seriously, it works on a car trip or in earphones at an event you don’t want to attend. I know this from experience.). The music they selected and created – including Potente on the song “Fly With Me” – fits very well in this piece. 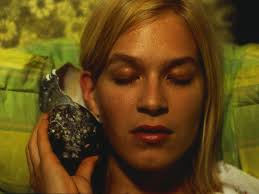 The music is a definite plus.

#3 – A cast of familiar faces
Big shock: when Potente and Tykwer were dating, she was in his films. The bad news: now that they’re broken up, that pairing is no more. The good news: they were together when she signed on for this one, and she wasn’t the only actor that Tykwer recycled. Look out for Lars Rudolph and Joachim Krol, both of whom were in Run Lola Run. All  it’s missing is Sebastian Schipper, whom I would follow to the ends of the earth.

#4 – Connecting with a stranger
After Bodo saves Sissi’s life with a tracheotomy (which is in and of itself an excellent scene), she seeks him out, feeling a sense of connection. And this is something that many of us get: that odd feeling that you know someone, and that this person should be in your life. It doesn’t even have to be romantic. Some people just feel like they’ve always been there. Which leads me to my next point… 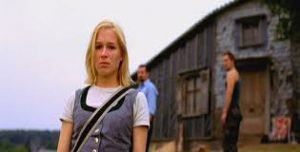 Oh, do I know this feeling well…

#5 – Chaos theory versus destiny
My friend Andrew Hope (of the blog At The Foothills of Madness) and I often discuss the concept of chaos theory versus destiny. Andrew is a firm believer in chaos; me, I’m more so comforted by the notion that there is no such thing as coincidence. The amazing part is that we both manage to let the other talk without getting into nasty arguments about who is right; there’s room for a differing yet respectful opinion. Much like Andrew and I, this film will make a case either way for each argument: is it all just a random incident, or part of something larger? Finally, there’s a film out there that has the potential to make us both happy.

This one is a bit of a challenge to try to find – it’s not streaming anywhere, and while you can buy it on Amazon, you may not want to. So here is an Erin Challenge for you: find it and watch it. It will get you talking at the very least.