Warning: count(): Parameter must be an array or an object that implements Countable in /homepages/45/d96662078/htdocs/clickandbuilds/TheBackseatDriverReviews/wp-includes/post-template.php on line 316
↓
Home→Gender→Free To Be You and Me: A Look At Buffalo Bill

Nika Black and I had a discussion about the character Buffalo Bill from The Silence of the Lambs one day in the not-so-recent past. Nika raised an excellent point: Buffalo Bill is often used as a point of comedy for many, which translates into a joke at the expense of the trans community. I can totally understand Nika’s apprehension at any of the jokes surrounding Bill, particularly in the infamous dancing/tuck job scene. It’s easy to point and laugh, which is not fair to a group that is struggling to be treated as human beings. However, I don’t feel that Ted Lavine’s Bill is off-limits in every respect. Quite the contrary: the character has a ton of value, as Bill demonstrates the mind of a serial killer, with shades of the importance of being able to express oneself in reference to gender identity. 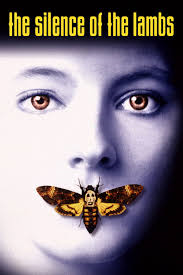 I’m most likely going to piss someone off with this.

At the core, Bill is an over-reactive, fearful representation of just what can go wrong to the extreme when someone is stuck in the wrong body. Over the course of the film’s climax, we learn that a man named Jame Gumb had applied for a sex change operation, but had been denied the procedure. What did this lead to? One hell of a manhunt and a ton of death and torture for some women that didn’t deserve it. Bill’s not looking for anyone’s skin: he’s looking for female skin, something that will make him into a woman because a doctor refuses to allow him to become one. His method is calculated as well as torturous: these women are left terrified before they are butchered. One of his victims even engaged in a type of dating with Bill, demonstrating that the need for sex and companionship was used to prey upon someone in order to obtain a body part he lacked. You can’t help but wonder: would these women have been terrorized, murdered and skinned if the doctor had just signed off on the sex change operation? What if the stigma of being trangender hadn’t had been so great? Would this fictional world have been spared a murderer if Jame Gumb had been allowed the transformation into the identified gender? 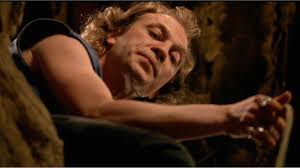 A bit of a chicken-and-egg riddle for you.

Just so we’re clear, being trans doesn’t excuse Bill’s actions by a longshot, and that’s where I think we need to take a step back from the character. Buffalo Bill is a psychopath; the majority of transgender men and women are not. I’m not going to blanketly state “all” though, because that would be a generalization, and you shouldn’t make those. All men aren’t rapists; all women aren’t manipulative social climbers; all exes aren’t stalkers; all millenials aren’t immature and entitled. You can’t wrap people into one broad description because that does a disservice to the rest of the group, no matter how well-intentioned. On the heels of that point, an entire group of people should not be deemed untouchable, because there very well may be some bad apples in there that do bad things. Case in point: most trans individuals don’t hurt a soul in any way, shape or form, but yet we’re stuck with someone like Caitlyn Jenner that has killed someone in a texting-while-driving incident and dodged the charges. Being trans doesn’t dismiss the crime; quite the contrary, it makes it even worse for the trans individuals out there that are good people. However, a member of an oppressed group shouldn’t get a free pass for true wrong-doing. We shouldn’t dodge the notion that there very well may be some not-so-nice folks out there that just happen to be transgender, or that being transgender means that you will never commit a crime, just as we can’t make that same assumption of cis folks as well. Simply put, I think that everyone has the potential to be an asshole – that goes for all races, genders and creeds. Good church goers have been known to kill people, as have seemingly normal individuals; it’s something that transcends labels, and no one is an exception to this. So the true question adds a layer of complexity to the issue of Bill being such a nasty piece of work: are we angry because this is the big, bad trans woman that goes around killing people, or are we mad because this is a murderous whack job who just happens to want to become a woman? For some, they are going to use being trans as a way to demonize the character; for me, it’s fascinating that the motivation for murder – the need to become something which medicine has denied – is an alarm toward the dangers of the fragility of an already-unstable mind. The pathology of a serial killer is what holds the interest for me; the trans nature of this particular killer is one more detail of a complex character.

On the flip side of this, though, the character does represent an extreme reaction to repeated abuse of trans rights. Buffalo Bill (note: referring to the character as “Bill” and “he” for the purpose of coherence in relationship to the analysis of a character that is identified as male; I can and do recognize and respect pronoun choices) is a murderer who acts to fulfill a need that the medical community will not fulfill; that is the motive we are given, and for most people, we look at Bill and we can’t comprehend why Bill has snapped and started killing people. We know that murder is wrong, and truthfully, it is wrong to start killing innocent people to suit a pathological need of ours. We know that Bill is the villain in all of this because the story needs one. Even then, it’s tough to wrap our heads around. Sure, we have an explanation in this plot, but most of us don’t truly get it, at least not with the intimacy of our trans siblings. I met someone once who said, “I mean, why couldn’t he have just dressed up in drag and have been happy?” Because she’s a woman trapped in a man’s body, you fucking asshat. Wearing clothing is not the same as full identity. Men, imagine for a moment that someone took your penis away from you – how badly would that damage your sense of identity? Women, let’s give you a hysterectomy and a double mastectomy, and then ask you how you define yourself as a woman (which, mind you, many women go through – thanks a lot, cancer, you fucking sneaky cunt). Both of those scenarios are mind-fucks that force the person enduring it to question what it means to be a man or a woman. For a trans individual, the process of defining manhood or womanhood means that the individual wants to match the outside to the inside; how he or she looks is not what is felt. There’s a reconciliation process that’s tough for a person to understand if he or she doesn’t have to go through it him- or herself. Make no mistake, this entire process is exceedingly difficult and deserves respect, not dismissal. The Buffalo Bill character already had something severely wrong that involved psychosis (that was not related to being trans) long before women were skinned. However, it cannot be denied that the refusal to let this trans woman complete her transition was a tipping point of the story that caused a psychotic break. Very few trans men and women would have this happen because they are mentally stable people; we don’t have to worry about them killing people because they’re not fucking wired that way. What we’re getting in The Silence of the Lambs is a type of folktale: just what can go wrong when someone who is grievously mentally ill, who feels they were born in the wrong body, is pushed to the brink and denied a fundamental identity. Back in the 1991 when this film was released, it was a different world that was even less kind to our trans siblings. It’s easy to see where someone would make an example of how this can snap the mind. No one should be pushed that far. 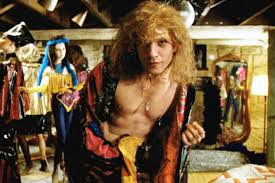 I can’t joke about this. It’s not a punchline.

The simple fact, in the end, is that people laugh at Buffalo Bill now because Bill terrifies us. People laugh at the trans woman who just wants to be a desired woman because they know that Bill is missing some key components that most rational people possess. It’s easy (and wrong) to laugh at something you don’t understand. It’s easy to laugh at something that makes you afraid. Deep down, we don’t want to admit that Bill is, in at least some part, a monster of our own social making: the person who just wants to be who she feels she truly is, who is denied the opportunity to be who she was meant to be. We don’t want to look at this person and think that social prejudice and medical decision-making rendered a monster that’s going to come for our skin in order to become who she is on the inside.