Warning: count(): Parameter must be an array or an object that implements Countable in /homepages/45/d96662078/htdocs/clickandbuilds/TheBackseatDriverReviews/wp-includes/post-template.php on line 316
↓
Home→Comedy→Weekend Movies: Five Reasons to Watch Dude Where’s My Car?

So I bought Dude, Where’s My Car? when my ex-husband and I were first dating. He thought it was a joke, and a bad one at that. As his nickname was The Dude, I felt it was appropriate. I put on the film about ten minutes into one of our first dates, and he actively rolled his eyes at me. About fifteen minutes later, he told he that I was awesome and it was one of the best things I’d ever gotten him. Revisiting it years later, it’s still funny. As we could all use some humor in our lives, here’s five reasons to watch (or re-watch) it this weekend. 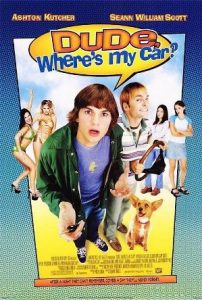 #1 – The main characters are really dumb

Jesse (Ashton Kutcher) and Chester (Seann William Scott) are not winning any academic awards any time soon. The Mensa memberships are not in the mail. Between the dude/sweet exchange and the slow piecing of logical points together, these guys are some of the dumbest motherfuckers on the planet. And they’re a complete joy to watch because you have met at least one person that really is that fucking stupid.

#2 – The most lovable cult on the planet

Zoltan (Hal Sparks) heads up what is quite possibly the most fun cult ever captured on celluloid. They’re not trying to kill people. They don’t want to blow up a bank. There’s no mass suicide plan. They want to meet aliens and have awesome space adventures. Plus, they wear bubblewrap suits (WANT) and have the best greeting. I’d want to hang out with them, if only to narrate their daily activities ala a nature show. 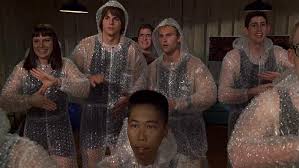 Really, I want one of these suits for my birthday.

I love Office Space. I will forever love David Herman for his one quip at the beginning of that film: “Everything was fine. And then I turned 12 and that no-talent ass clown got famous and started winning Grammys.” So much rage in an everyday body. To see Michael Bolton himself all blissed out and meditating… you can’t help but think of him getting angry and bashing a fax machine with a baseball bat. It’s a strange juxtaposition, but it works.

My take on alien life: it has to be out there. Take a look around you; there has got to be something more intelligent than the human race. Usually, we get aliens that are scary looking and/or out to make us meal time or slave labor. The aliens of Dude, Where’s My Car? are not fashioned this way. They just want to party. I can totally dig that. Especially if a few of them decide to morph into a massive, busty amazon woman. Yeah, I can totally get behind that.

I once pulled the “and then” line while on a phone call with a friend. She was so pissed by the time she hung up with me that I wound up congratulating myself on how angry she was. This is one of my favorite pieces of comedy. I am not ashamed of that. 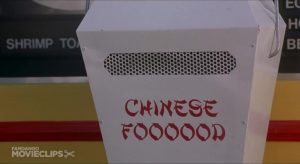 Rent this one on iTunes or GooglePlay this weekend. I promise, you won’t hate yourself in the morning.