Warning: count(): Parameter must be an array or an object that implements Countable in /homepages/45/d96662078/htdocs/clickandbuilds/TheBackseatDriverReviews/wp-includes/post-template.php on line 316
↓
Home→Hail to the King→Hail to the King Vol 2 – The Shining

Jack, Wendy and Danny Torrance stay in a deserted hotel deep within the rocky mountains. The hotel has a history of violence, and some of that still lingers. Danny Torrance’s psychic abilities might be giving some of the Overlook Hotel’s former guests new life. 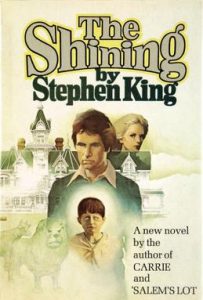 In the novel, the main thing I enjoyed was the preamble before they get to the hotel, particularly how we see a few instances from different perspectives and get a really deep insight into all of the characters. For example, the relationship between Jack and Wendy is interesting, as we see how they went from happy to this broken state. We see the cracks that emerge from Jack’s drinking and Wendy’s inability to leave him because of the situation with her mother.

Jack’s relationship with Al Shockley is key to the whole story as it put events in motion, but it also shows us a different side of Jack. We see the Jack that enjoys himself while drinking without thinking of the destructive consequences it has on his family. Al refers to the drink as “Martians” and how “the Martians are landing”. It paints a picture of a man who truly doesn’t know he has a problem, as he is plateaued by another. Eventually, we see the two hit a tricycle one night while driving drunk and how the event shows the two of them so much that they both put down the bottle. I really enjoyed that the tricycle is never explained, it’s just one of those things in life you come across and will never know the full story. This journey is key to Jack’s character, and it all happens before he get to the hotel.

Jack’s further fall from grace is also shown with ex-student George Hatfield at Stovington Prep School (Go Eagles!). After Jack gives up the bottle, he thinks his troubles are over and that he’s put that more abusive side of himself away, but that changes with Hatfield. George messes with Jack’s car after being cut from the debate team, so Jack decks him. This plays as a foreshadowing for what’ll happen at the hotel, as Jack can still access that violent side of himself.

This adds to the element of creeping dread that pervades the novel, as the characters get an idea of the true evil of the hotel. Danny is pretty up front with his parents about the things he is seeing in the hotel, and they all experience the echoes of the 1945 masked ball by hearing and seeing some of the sights from back then. The best example of this is the Dogman, Roger, who we hear of from others concerning his affair with the Howard Hughes-ian Harry Derwent. Roger is spoken about as things are creeping in to the Torrance family, seen bodily as things get worse, and finally as he stalks around the hotel threatening Danny and showing Danny that things in the hotel might actually be able to hurt him. 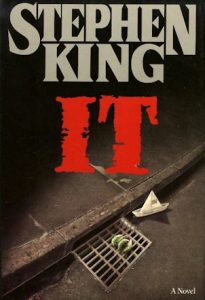 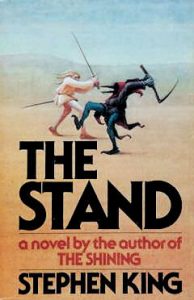 IT: Dick Halloran served in Derry during the 1930’s. He along with Mike Halon’s father developed a nightclub which was later burnt down by a group of racists spurred on by Pennywise the Clown. The events of The Shining are also brought up when The Losers Club reunite at a Chinese restaurant.

The Stand: Stu Redman escapes a Stovington research facility while Captain Tripps finishes off the last of the population. He also meets Glen Bateman and Kojak in a nearby town. 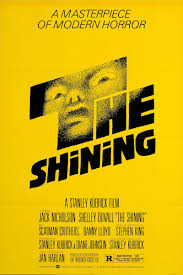 The film might be the greatest film made by Stanley Kubrick. Each shot is composed to give you a nightmarish sense of unreality. His filmmaking seamlessly blends the walls of reality and dream together as everything, right down to the pattern on the floor, is designed to throw the viewer off balance. The relationship between Shelly Duvall and Kubrick as somewhat fraught to say the least (and that’s all I’m fucking saying because don’t want to get sued).

The hotel is shown to be a maze with changing floors, impossible windows, and all sorts of other things that the audience subconsciously picks up on. This adds to the unreality Kubrick is trying to create by throwing in ghosts as though the Torrance family is trapped in a haunted maze trying to find a way out…via axe ?

Symbolically, the maze works well as both the hotel and the literal maze outside, as it really taps in to the more psychological aspects of the story. Although the book has hedge animals come to life and it wasn’t possible to pull off the effects in camera, they would’ve played as goofy in the very serious take on the material. 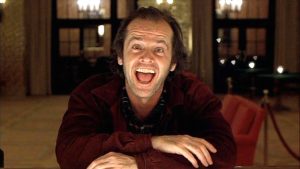 Jack in the novel as stated above comes off a guy trying to do the right thing in spite of his inner demons. He tries to overcome the bottle but is still drawn in by the hotel through the scrapbook interacting with that addictive side of his personality. The reader feels a lot of sympathy for Jack as he’s trying to be better. This is juxtaposed by the Jack of the film version: in the first family interaction in the car, Nicholson has a look on his face like he’s already thing about dicing them all up with an axe. This version of Jack doesn’t really have an arc: he just starts crazy and has to maintain the facade of sanity less and less.

Wendy in the novel has a much stronger desire to fight Jack. She challenges him at all times, not becoming nagging but showing genuine concern for the man she loves and her child. When it comes time for her to fight back, she fights back hard. She has very strong survival and parental instincts: this is shown most clearly when the Overlook in its death throes tries to corrupt her as well. She has a flash of blind rage as they escape at the end, but it’s her strength of character that helps her overcome this. In the film Wendy is a very nagging character: you get instances of her showing affection for Jack and Danny, but when things go south she just shrieks and cries. The role itself is much diminished from the novel as the audience lacks the insight in to who Wendy is as a person.

Danny in the novel is a pretty typical kid…who has an imaginary friend who shows him visions of a possible future. The visions from his friend Tony as very well realised in the novel, coming almost as dreams with very impressionistic imagery. The reveal of Tony being an older version of Danny (who’s middle name is Anthony) isn’t entirely earth shattering, but it is a good reflection of the strong survival instinct we see in Wendy transmuted to Danny. The main thing I liked about Danny in the novel was how up front he was with his parents. He’s a small child seeing terrifying things, so he actually says something. This is in contrast to the Danny of the film, who remains quite calm when presented with images that most adults who watch the film will be affected by. The performance of Danny Lloyd is excellent: considering how young he was, he never crosses over in the realm of annoying or broad.

Halloran is pretty similar character in both version, the only real difference being his journey back to the Overlook. The novel has a lot more stops on the way which work well for breaking up the main plot, but it’s easy to see why they’d be cut from a film version. Sidebar: The below clip is pretty great for fans of the film; it contains spoilers and pretty graphic violence.

Ullman and Watson are significantly different in the book. Ullman is portrayed a greatly disliking Jack and being very high and mighty because of his role within the hotel and being partly responsible for its success. Watson is the ever-cursing cynical caretaker whose family once owned the hotel; he is the conduit for showing Jack the darker side of the hotel. In the film version, both characters are just nice and friendly to Jack. Although, there is a cut scene from the very end, which allegedly shows Ullman visiting Wendy and Danny in the hospital: they talk and as Ullman leaves, he gives Danny the red ball that the Grady twins rolled to him in the hotel. This implies that Ullman knows exactly what’s going on there and is part of it. This scene was cut from all prints at the start of the U.S. theatrical run, and has never seen the light of day as far as I know.

The endings are significantly different. In the novel, the hotel boiler has been a constant source of worry as it needs to have the pressure released manually every so often. This juxtaposes Jack’s mental state which ironically ends up literally killing him as the pressure builds up too much when Jack is in full mania and explodes. In the film, Jack freezes in the snow looking for Danny, a more realistic ending.

Overall, I like both versions for very different reasons. Although I may have come off much harsher on the film, that’s only because I’m looking at it as an adaptation of the book. It changes around lots of things I liked in the book, but also stands on its own as a Kubrick masterpiece.

Next Time: We crack open “The Shadow Exploded”.