Warning: count(): Parameter must be an array or an object that implements Countable in /homepages/45/d96662078/htdocs/clickandbuilds/TheBackseatDriverReviews/wp-includes/post-template.php on line 316
↓
Home→Hail to the King→Hail to the King Vol 5 – ‘Salem’s Lot

“One night over supper I wondered aloud what would happen if Dracula came back in the twentieth century, to America. “He’d probably be run over by a Yellow Cab on Park Avenue and killed,” my wife said. That closed the discussion, but in the following days, my mind kept returning to the idea. It occurred to me that my wife was probably right – if the legendary Count came to New York, that was. But if he were to show up in a sleepy little country town, what then? “

Odd happenings in a small Maine town. Get ready to see this plot again.

This could be considered the first real Stephen King book,  as it kick starts his whole interconnected universe, a universe the upcoming Castle Rock TV show is going to captialise on (please don’t suck or mess with The Losers Club/Pennywise). It starts with what we’ll come to know as the quintessential Stephen King set up: “Horror writer comes to a town in Maine. Some shit goes down.” In this case, the writer is Ben Mears, a King proxy coming back home to write a novel about the old creepy house in his home town. The old creepy house here is 29 Neibo…. I mean the Marsten house. Inside lives a werewolf…. I mean a clown… I mean a vampire.

King’s take on the vampire is wonderfully nihilistic. He uses the older tropes of being invited inside but many of them are portrayed as mindless killing machines rather than calculating, Dracula-esque figures. He removes the romantic idea of the vampire and turns them in to the brutal mythological monster they’ve been in many tales from around the world. Seriously, look up the penanggalan from Malaysia when you get time; it is fucked up. King captures that brutality brilliantly. The problems arise when we aren’t dealing with the monsters. The characters in this book are paper-thin and it really shows, especially when it comes to Ben’s love interest, Susan. She subverts King’s usual female character archtype of abused/damaged women but becomes little more than a sounding board for Ben. This seems like an odd oversight because King was only a few years away from creating his best female character, Franny Goldsmith. Susan just shows up, gives him some information about the town, and then dies to give Ben purpose in the final act. The whole affair has a real Women in Refrigerators-vibe about it.

The rest of the characters aren’t much better, although King can be accused of using lazy archetypes, something I’ll be discussing over the summer (Messrs Guilder, Cunningham, and Cabot I’m looking at you). Although in context this would’ve been the first time King had used any of these characters, they feel shallow and stale. Ben Mears was far better done as Gordie Lachance in Stand By Me/The Body and improved further as Bill Denborough in IT. It’s almost as though this was a testing ground for certain character types that will reappear throughout King’s stories. He defines them much better each time, but when you’re working on the same type of character for 20 years then you’re bound to hit gold eventually. 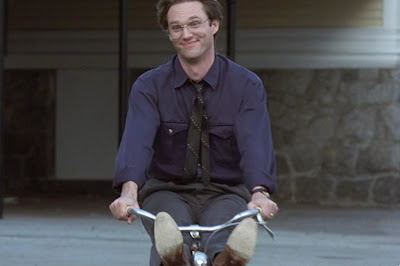 The fragmented opening presents a lot of issues as well, as it’s difficult to get a handle on events properly. The narrative jumps around so much in first third of the books it’s difficult to keep track of who’s who and what their relationships are to each other and the town. This is made even more difficult in that each one lacks a defining characteristic and only appear briefly. The majority of the characters in the opening don’t reappear until the final fact, if ever. By that point you’ve forgotten who they were and what they did, but by that point it doesn’t matter because they’re a mindless vampire now.

This final point is more of a whine than a critique, so apologies in advance. In the middle of this book, Father Callahan is set up as a major character, the priest who drinks and has lost his faith. The stage was set for him to rise up, regain his faith, and fight the vampires. But what does he do? He gets turned in to a vampire, gets on a bus, and fucks off. No last minute Van Helsing-style return, just fucks off out of the story never to be seen again in the book. I know he comes back in the Dark Tower, but it just seems lazy to put that character in the story and remove him without consequence. It’s the equivalent to when James just leaves the town of Twin Peaks and we have to suffer through those horrifically boring road adventures with him. 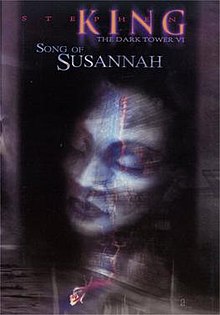 The Marsdens were buried in the same cemetery as Johnny Smith.

Father Callahan appears as a major character later in this series.

The cast is fantastic. This is a legit great gathering of past and future character actors. You have James Mason slumming it in TV with probably the biggest star from the time, Hutch himself, the man who loves the Silver Lady, Mr. David Soul. He’s tired of drifting, searching, shifting from town to town…. so he’s come back to Salem’s Lot. We also have Bonnie Bedelia as Susan in all her underwritten glory, and my personal favourite, Fred Willard as Crockett.

As I think I’ve said in almost all these adaptation pieces, we lose the character internal monologue and aren’t given any replacement for it. The motivations of Crockett just seem like he’s under the vampire’s spell from the off, and it cuts out that he’s a crooked guy involved in some shady real estate stuff. I’d say it left out other details but there really aren’t any to speak of. This story is exceptionally shallow.

In parts, you can really feel the budget of this piece, the ways most things are done entirely in close ups and they keep going to the same few locations. Can play a game of “spot the insert shot,” the tip being it’s usually a close up of an actor giving a reaction shot when they’re clearly miles away from the other location. We also get a load of being driving cars. No conversation or relaying important information, just see that certain characters can in fact drive. They could be thinking about their past, what the inside of Creme Eggs are made of, or whether Reagan will run for office. This vacant-ness doesn’t help the characters and their perceived lack of depth.

The vampire effects are haunting in the best way possible. They’re the bright spots in this dull tale and you can tell Tobe Hooper delighted in designing them. The contact lens and prosthetic work is very impressive even by today’s standards, both the townsfolk turned in to vampires (in particular the Glick boy), and Mr. Barlow, the head vampire. He has a look that is an echo of the 1922 Nosferatu in his bald, skull-like head.

One of the biggest changes I didn’t like at all was the change to Parkins Gillespie. In the novel he’s portrayed not giving anything away in terms of what he knows about what’s happening in the town. In the book you can never get a beat whether he knows all about the vampire menace or is completely in the dark. Whereas in the mini-series, he’s such a slimy small town cop, bribing people for information. It comes right down to the minor point of in the audiobook I listened to: the reader gave Gillespie a thick Maine accent, similar to Fred Gwynne in Pet Sematary. But in the TV mini-series he’s just generic cop. In the translation to the screen he’s lost a lot of personality. If they’d left him with his pipe, that would’ve provided a window in the quirky soul who was one of the only bright points of the book.

Overall, I didn’t really care for either telling of this story. Not to say it’s a bad story, King had some really good stuff in here with the vampires and the nihilism of the situation. But both presentations fall down because the characters are so weak and the plot is pretty thin whenever it cuts away from the monster menace.

Next Time: “She was born bad. Plain and simple” – Characters with the depth of sock puppets embark on a tale where the allegory pokes through a paper thin plot. 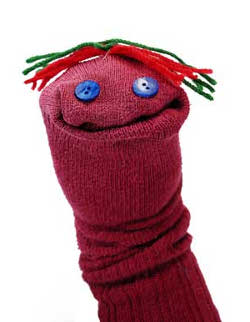