Warning: count(): Parameter must be an array or an object that implements Countable in /homepages/45/d96662078/htdocs/clickandbuilds/TheBackseatDriverReviews/wp-includes/post-template.php on line 316
↓
Home→Horror→Less Room: Mistaken Diagnosis in Hereditary (2018)

**WARNING: I liked this film and it’s still relatively young, so you get a spoiler warning. It’s Spoiler City here.**

Cards on the table: Ari Aster’s Hereditary (2018) messed with me. I watched that film wondering where it was going, studying things like the setting, camera angles and word choice to figure out the mystery. The revelation that Peter (Alex Wolff) is sacrificed to become to vessel for Charlie (Milly Shapiro)/Paimon came out as a beautifully set-up but still batshit twist for the film. I didn’t see that one coming. In fact, where I headed as a total red herring that – in the spirit of Halloween this month – is a fun share: up until the big reveal, I thought that everyone was a personality involved in the integration of a patient suffering from Dissociative Identity Disorder (DID). 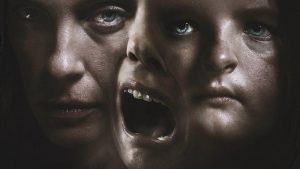 According to the National Alliance on Mental Illness (NAMI), DID is a dissociative disorder – formerly known as Multiple Personality Disorder (MPD) – in which alternating identities take over for the host personality; this disorder stems from extreme trauma, such as combat and severe physical or sexual abuse[1]. MPD quickly became the cause du jour in the 1970s with the publication and popularization of Sybil (1973), a book which was hotly contested as a possible hoax. To expand upon the definition, parameters and treatment options, the disorder was re-christened DID, and moved to include such areas of detachment named by NAMI as emotional numbness, suicidal ideation and out-of-body experiences. In short, rather than the contested and sensationalized disorder splashed across network movies of the week, mental health professionals moved to understand the disorder more and provide treatment options for those suffering from DID. 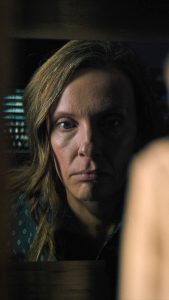 Those treatment options stress the importance of integrating the painful event into the individual to fully process and heal the chasm of dissociation. Common therapies for the spectrum of dissociative disorders include psychotherapy, cognitive behavioral therapy (to relearn behaviors/coping mechanisms), and Eye Movement Desensitization and Reprocessing (EMDR) – a way to retrain the body and brain to react during moments of stressful trauma recall[2]. One of the more popular ways to treat those who suffer from multiple personalities is the use of a process referred to as integration. According to Rachel Downing, integration means accepting the split pieces of the personality – memories, characteristics and all – into the original personality in a careful manner to heal the gap between what’s considered separate and the core individual, essentially causing the individual to fully process the absorption into themselves to claim selfhood[3]. 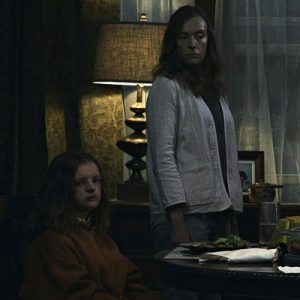 Here’s where we get into Hereditary. Toward the beginning of the film, Annie (Toni Collette) reveals to her grief support group that her late mother suffered from DID. The audience is told that Annie’s mother Ellen was a peculiar woman who kept to herself, but not much else about the presentation of Ellen’s symptoms is revealed – therefore, the audience doesn’t know concretely the extent of Ellen’s DID symptoms. For all we know, she created her own dissociated version of reality by shutting out others and embracing her hobbies; however, the possibility exists that she housed multiple personalities, which is where the research comes in. In viewing the film’s character connections, idiosyncrasies and horrific narrowing down – the culling of the herd, in a sense – the signs point toward DID integration treatment. 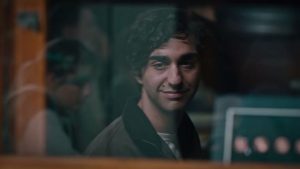 Looking at each of the characters, their personalities and demise suggest integration. Each character’s personality is so different: we have logical father Steve (Gabriel Byrne); artistic mother Annie; aloof party boy Peter; creepy, coddled isolated child Charlie; and caring friend Joan (Ann Dowd). When each one speaks, they don’t seem to interact with more than one person at a time – no one really talks over anyone else, as though waiting their turn for the floor. Then there’s the one-by-one deaths in manners that leave no room for revival: Charlie’s decapitation, Steve’s immolation, Annie’s DIY beheading with piano wire, Peter’s fall – not to mention Peter finding evidence of him being a target, in the form of pictures with eyes scratched out, as well as communication from Charlie from beyond the grave. My honest to goodness thought was that these characters were being killed in the name of whittling down to just one personality, looping back to one core personality we’d find recovering in a safe, contained hospital bed. 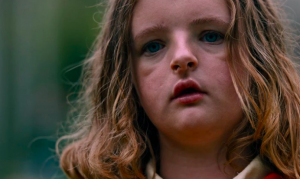 Boy was I wrong – and delightfully so. Aster wrote the film as well as directed it, and has since stated that Charlie was an incarnation of Paimon, with the entire thing being an exercise in getting the demon king to his rightful form. The fact that he presented a case that could easily be interpreted as a whodunnit-turned-DID-integration tale speaks more so to the love and research with which he crafted this trail. You got me on this one, Ari. I loved where this went, I loved that it veered from my expectations into batshit weird territory, and yes, I still check the ceiling corners of my bedroom months after seeing it. Good movies will do that to you.