Warning: count(): Parameter must be an array or an object that implements Countable in /homepages/45/d96662078/htdocs/clickandbuilds/TheBackseatDriverReviews/wp-includes/post-template.php on line 316
↓
Home→Comedy→Model Parents: Positive Role Models in Addams Family Values (1993)

Gotta hand it to Addams Family Values (1993): it’s one of the few sequels that manages to outshine the original, itself a rarity in that its predecessor, The Addams Family (1991), was a well-received big screen adaptation of a beloved 1960s television show. The writing from Paul Rudnick helped make this eagle soar (until it got shot down by Jimmy Workman’s Pugsley). It’s a sly dog filled with snappy one-liners and running gags. Most clever, though, is Rudnick’s portrait of a loving family: despite their nonconformity to social expectations, Gomez (Raúl Juliá) and Morticia (Anjelica Huston) are probably the best examples of unconditional love and support out there. 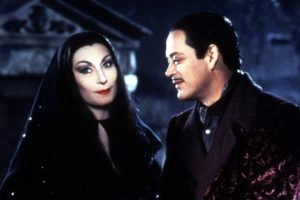 Good parenting starts with a good relationship, and Gomez and Morticia work on theirs without a second thought throughout the film. In the beginning, Gomez is there as Morticia gives birth, and in a rarity for fathers on film, he doesn’t make the birth all about him – I’m staring right at you, Nine Months (1995). They make time for each other with dates and perform small acts of consideration as well, modeling affection and attachment in a way we’re not used to seeing our onscreen parents. Instead of trading pointed barbs, they shower each other with dinners out, kisses and sly glances. Given, they have the financial means to do so (which I think is a HUGE piece of the pie, as so many people are stuck working more and more to provide for their families), but they’re not the stereotypical upper-class family that downs alcohol like water and has unhappy affairs while presenting a tolerant outward face at public functions. These two support one another’s interests and goals. When Tish brings up that she’d love more time to pursue her interests, Gomez hires a nanny immediately. There’s no griping or speeches about how motherhood comes first, or how it’s going to take away from him or the kids – he wants her to feel fulfilled, and recognizes that she gets to be a person with interests as well as a parent. 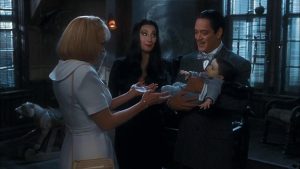 Getting a nanny to take the baby so that your wife can work on her goals? Awesome.

This approach of support and affection spills over into their parenting methods. When the pair brings home young Pubert, Gomez tells Tish he has a surprise for her: he’s decorated the nursery so that she doesn’t have to, relieving her of that task by stepping up without being asked to do so (that sound you heard was my reproductive system exploding like an A-bomb was just dropped). When nanny Debbie (the singular Joan Cusack) lies and informs them that the kids want to go to summer camp, they react with stunned acceptance. “It’s horrifying,” Gomez says with a stare, but reiterates in his confusion, “How could we say no?” When Pubert becomes sick, Gomez cries out, “Please, I beg you! Take me!” before falling into a deep despair that threatens his life, distraught that his child’s health crisis could result in permanent damage in a way that’s usually reserved for mothers. They apologize to the kids who felt abandoned, recognizing that the children have feelings that can’t be silenced simply because they’re young; saying “I’m sorry” to a kid is often overlooked, yet they do it without hesitation. Hell, even when Debbie tries to kill the family, they still offer her a place in their home if she wants it, sympathizing with her and listening to her diabolical backstory with patience and understanding. They treat each other and those in their orbit with respect and consideration. 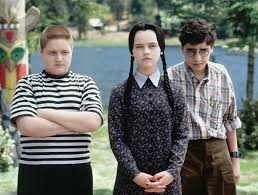 Not many parents would agree to something they find alien.

That’s what makes them such great parents. Are they spooky and dressed in black head to toe? Yes, but they also throw down and set aside their own feelings for what their loved ones want and need, and they meet these challenges as a team. They don’t get the kids’ supposed want to attend summer camp: they perceive camp as alien and strange, far outside of their realm of operation. But they go all in and take the kids with a smile. They don’t give speeches and examples of comical alternatives to what they’re told their kids want; they show up and put on the happiest face they can for the sake of not hurting their kids’ feelings. Even when they don’t understand what the kids want, they suck it up and go along with it because it’s what makes their kids happy. Do you know how many LGBTQ+ kids want this kind of acceptance and embrace? How many cis/goth/emo kids would love it if their parents didn’t laugh at their interests? Wouldn’t the world be a far happier place if we had more parents like this, that loved and supported their kids without blinking, even if they didn’t understand their interests? And to do this together, without making nasty remarks at the expense of the other, all while showing deep affection and teamwork – that’s special right there. 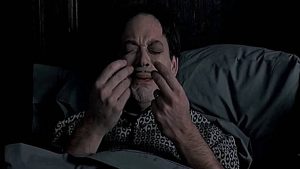 You will be moved to tears.

Strange and misguided as they can be, this is a family that knows how to set aside how they feel to make it about someone else. That’s a refreshing approach to parenthood. No one has to meet expectations to be welcome – they’ve just got to show up and be themselves. They’re rewarded with closeness and affection for this approach. The grand irony: the Addams clan is better at family than any of our sitcoms or family film broods we watch on a weekly basis. There’s nothing creepy or kooky about that.