Warning: count(): Parameter must be an array or an object that implements Countable in /homepages/45/d96662078/htdocs/clickandbuilds/TheBackseatDriverReviews/wp-includes/post-template.php on line 316
↓
Home→Documentary→Weekend Movies: Five Reasons to Watch Jim and Andy: The Great Beyond

I recently had the chance to catch the documentary Jim and Andy: The Great Beyond. Fans of 1999’s Man On the Moon will definitely be pleased with this offering: it’s a behind the scenes look at the making of the film, with a focus on the deep dive Jim Carrey performed into method acting. The footage accompanies recent interviews with Carrey and other cast and crew. Here are five reasons to watch it this weekend. 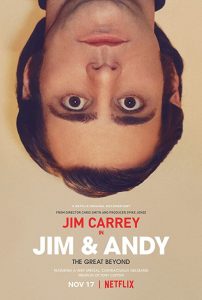 #1 – Andy Kaufman would have gotten up to soooo much

For as much as we shit on method acting, it’s got to be incredibly tough. This film takes a long look at Carrey’s transformation into Kaufman. “Transformation” is really the right word here – there are periods of time when he wasn’t Jim at all, but totally Andy in an effort to become someone else. There are points where it’s confirmed that the studio didn’t want the tapes of Carrey’s behavior to get out because, well, he became Andy Kaufman. Kaufman wasn’t always sunshine and roses, and Carrey doesn’t sugar coat that. He becomes the other person, whether you like that person or not. And he doesn’t break character once. Taking a step back, it’s staggering to realize that he marginalized his selfhood for so long. 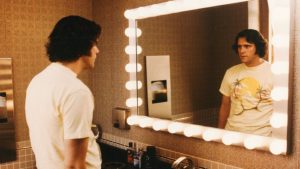 Carrey discusses depression in this film in relationship with connection. He asks some pretty crucial questions concerning how to get in touch with who you are, what people expect of you, and how the world perceives you. There’s beauty in it, even though it’s a tough topic. That’s what makes it so refreshing: having been there, he gets it and has the ability to articulate it. It’s moving, and I suggest you view it for that perspective alone. If you’ve lived it, you’ll get it. If you haven’t, it’s a good point of exploration.

#4 – Performance art isn’t as understood as it should be

Some folks just don’t get art. They stare at the painting, and they wonder why it’s got so many brush strokes. The same is true of performance art: some people don’t understand that it’s designed to get a reaction from you. This film captures not only that concept, but that process as well. Much like the curious view into method acting, the film also explores the reactions to performance art. That’s a step in the right direction for those who have difficulty understanding not only the process, but the end result. 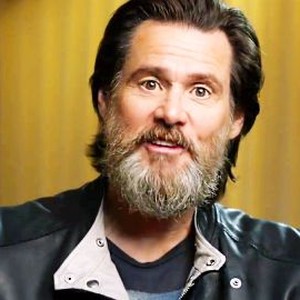 Take it away, Jim.

At the end of the day, you get a huge appreciation for how much Carrey loved Kaufman. To carve out that much of your life and personality and being to make room for someone else… that’s neither something light nor something easy. Carrey gladly untook this project, and you can tell that it comes from a place of sheer love for his idol. It’s not often that you get to see the someone pay that kind of tribute to an idol.

Jim and Andy: The Great Beyond is available for streaming on Netflix.