As I type this, you region is most likely pulling itself out of the downward spiral that was the temperature drop this week. Feel free to bitch about the weather – it was fucking cold this weekend. I think we’re about to be able to quantify “ass freezing” as a unit of measurement. Kinda like Hoth. Speaking of which…. yeah, we’re going there. 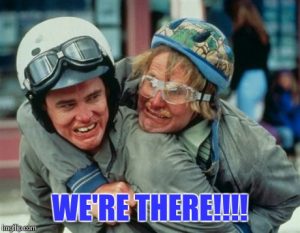 You’ve had more than a few weeks to see it. The majority of the internet is pissing and moaning about how this film seems to lean toward the social justice side of the spectrum, and we’re in agreement, but not in the negative way. So buckle up – we’re bringing some incompetence realness to the Star Wars: The Last Jedi rodeo. Since we’ll already be talking about space, we’re also going to recommend The Farthest: Voyager in Space, because SPACE. There are other reasons, I promise. In the mean time, get ready for a week in the stars.