Warning: count(): Parameter must be an array or an object that implements Countable in /homepages/45/d96662078/htdocs/clickandbuilds/TheBackseatDriverReviews/wp-includes/post-template.php on line 316
↓
Home→Action→Weekend Movies: Five Reasons to Watch Mindhorn

At first glance, Sean Foley’s Mindhorn looks and feels a little bit like a Black Dynamite rip off. It’s got the music and throwback feel to it, complete with the cheesy cuts and conventions of a period piece from the ever-awesome 1970s. I’ll openly admit that this film won’t be a slam dunk for anyone that dislikes British humor. If you do, however, here are five reasons to watch it this weekend. 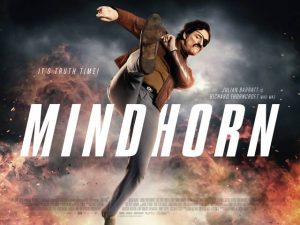 Barratt is one of those actors I get unreasonably excited about seeing. I loved this man as Howard Moon on The Mighty Boosh – he was always the most perfect straight man to Noel Fielding’s glam rock Vince. I love his line delivery, he’s got an excellent voice, and the man can keep a straight face like nobody’s business. On top of that, Barratt isn’t one of those in-your-face actors that has to make every detail of his private life public. This means you can keep watching the characters he presents without getting weighed down by personal details that filter through. It works here in his role of Richard Thorncroft, the star of a fictional Knight Rider/Six Million Dollar Man-esque show.

I watch T.V. shows with a bit of a sinking feeling: on one hand, some are really great, but on the other hand, you can just see the ego of the actors building, and it’s not always the a good thing. You know it’s not always going to be champagne and caviar for these people. Mindhorn doesn’t shy away from this: we see actor Thorncroft 25 years after he left his hit show to make movies, and it didn’t pan out to be a blockbuster breakout the way he’d planned. We get to see the downside: the crashed auditions, the hustles, the comments about his weight and aging. It’s a cautionary tale, albeit a funny one. 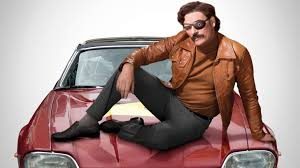 Serving up some Hasselhoff realness.

The plot is funny: an actor gets called in to help find a madman that believes his character is real before he can kill again. In the age of Broadchurch and everyone fawning over David Tennant (who is good, but people, he’s not Jesus), Mindhorn feels a bit like writers Barratt and Simon Farnaby (who also played stuntman Clive) are taking a swipe at the popularity of the seaside murder mystery. There’s intrigue in there and plot twists and lots of coastal scenery. It’s that sleepy town that’s ridden with conspiracy when we all know it’s mostly cow tipping and drunk teenagers. I can’t help but wonder if this isn’t a thinly-veiled jab at shows like Broadchurch and The Fall, with a heaping dose of sarcasm.

#4 – A different presentation of mental illness

Well this was a pleasant surprise. Russell Tovey is in this! I love Russell Tovey, and he does a great job as Melly, the man accused of murder. Melly wants to work with the fictional character Mindhorn, and his feet are firmly planted in a fantasy world. Tovey is believable, and the reasons for his mental break are sad but understandable. I liked that he didn’t feel like a joke in a film that was obviously making fun of the experience of a failed career. And really, you have to respect something that doesn’t trot out the mentally ill as entertainment. Melly moves the plot along, but he’s nowhere near the punchline that Barratt’s Thorncroft is. Eyes are firmly on the hairline-challenged prize here. 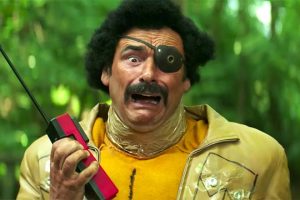 This will make sense. Trust me.

Admit it: we all have one show from our childhoods which would cause us to lose our shit. That’s not a bad thing – it’s actually quite adorable. 90s kids have Pokemon; 80s kids have far too many to keep straight, because we were raised in front of the television in the golden age of Michael J. Fox as Alex P. Keaton and Scott Baio’s luscious locks before he went all batshit conservative. 70s kids? Oh, they had it the best. So many choices, and they had ANIMALS to boot. The thing about Mindhorn is that it taps into both the nostalgia and the still-kicking fanbase, proving once again that no matter how cheesy it was, you still love your show because it’s yours.

Mindhorn is available for streaming on Netflix.