Warning: count(): Parameter must be an array or an object that implements Countable in /homepages/45/d96662078/htdocs/clickandbuilds/TheBackseatDriverReviews/wp-includes/post-template.php on line 316
↓
Home→Comedy→Weekend Movies: Five Reasons to Watch Prevenge

Prevenge has proven to be divisive: people either love it or hate it. The film chronicles the revenge quest of expectant mother Ruth (Alice Lowe) against those she holds responsible for the death of her partner in a climbing accident. It’s a dark comedy that’s equal parts social commentary and a nod to the slasher genre. Here are five reasons to watch it this weekend. 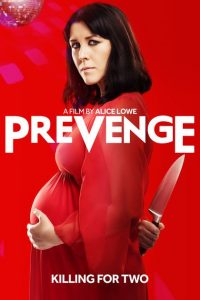 I have a soft spot for Lowe, who wrote this film at 6 months pregnant and shot it over the course of two weeks whilst 7 months pregnant. She manages to be utterly hysterical in this film as well. Where she excels is an area which we can all appreciate: the snarky side comment delivered to an unsuspecting, well-meaning bystander, whether it’s a doctor or a lecherous shop owner. She’s perfected deadpan, searingly honest this method over the years in such works as Garth Marenghi’s Dark Place, Hot Fuzz, The World’s End and Man to Man with Dean Lerner. She’s a complete gem and I can’t wait to see what she does next.

#2 – The take on impending motherhood

One of the things I love most about the Internet culture is that we’re current in the age of over-sharing thoughts and feelings on everything from death to the consistency of your baby’s first poop. Stuff that normally wasn’t brought up in public now gets not only its own message board (or chat room, if you’re old like me and still have AOL discs you use as coasters), but a connection to someone else who is struggling with the same thing. With Prevenge, there’s an anxiety surrounding not only motherhood, but single motherhood. Expressed through a murderous fetus, it says a lot about how we’re expected to stop being sentient beings while we’re incubating another human. I think it’s a message that’s particularly relevant in the age of “shut up and make me a sammich, and don’t cry like a little bitch” logic. 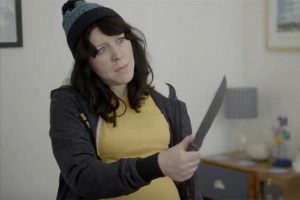 The struggle is real.

#3 – It also says some things about grief

Many found now-classic The Babadook to be a tale of destructive grief. While Jennifer Kent has cited motherhood as more of her broader theme rather than grief, she does admit that grief has a strong thematic undercurrent. Prevenge follows suit in that it asks a question any one of us would find terrifying: how do you carry on with life in the absence of the person you love most? Worse yet. What happens when the time you thought you had gets cut short? How are you supposed to move on when you’re stuck in the past, longing for someone that isn’t going to come back? That, my friends, is a terrifying, terrifying thought. Sometimes, the worst monster isn’t a clown in the sewer – it’s the thought of losing someone you love.

#4 –The soundtrack is pretty good

This film has a great glam rock feel to it. I dare you to watch this and feel a groove breaking out. I’m a huge fan of music in films, and so if something’s making my toes tap, it’s got to be good. Unless if it’s a Jarmusch movie. Then it’s no dice. Anywho, the soundtrack of this film was provided by Toydrum, a British group whose members are part of U.N.K.L.E. That’s what you’re in for. 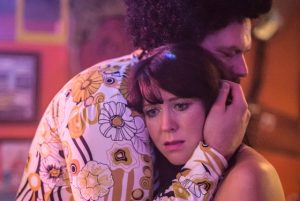 Oh is this soundtrack good.

There’s just enough gore in this to tide you over, horror hounds. On the flip side of that, we’re not talking Eli Roth levels of gross-out. There’s death by murder, and then there’s death by over-the-top violence. This is a good balance for those of us starting to get weary of the whole blood fest.

Prevenge is available on Shudder and Amazon – check it out.