Warning: count(): Parameter must be an array or an object that implements Countable in /homepages/45/d96662078/htdocs/clickandbuilds/TheBackseatDriverReviews/wp-includes/post-template.php on line 316
↓
Home→Comedy→Weekend Movies: Five Reasons to Watch Robin Hood: Men in Tights

I know what you’re thinking: another Mel Brooks movie? Yup. I am a sucker for a Mel Brooks film. I can’t help it. This week, I’m going for 1993’s Robin Hood: Men in Tights. It’s 23 years old, and even after all this time, it still holds up. Mel just has that quality about his work. Here are five reasons why you should head on over to iTunes or Amazon to rent it this weekend. 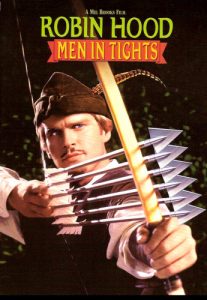 Jesus Christ do I love Elwes’s Robin Hood. He’s sarcastic. He’s deadpan. He’s got a job to do, and he tries to keep moving forward with the plot at all costs. He’s frustrated and after a certain point, he has run out of shits to give, only to renew his hope and start all over again. Watching him go at it from a point of earnestness is strangely charming, especially when coupled with how huge of a smart ass he is.

Cards on the table: my parents took me to see Robin Hood: Prince of Thieves when it came out in the summer of 1991. Everyone loved Bryan Adams and Kevin Costner. Me? I had my eyes on Alan Rickman (I still miss you Alan… always). However, even back then, something felt off to 10-year-old me. Nowadays, I can’t bring myself to watch it. At least, not sober. It’s painful. It deserves every potshot it gets in the spoof treatment. 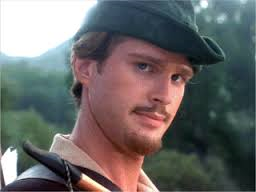 Robin will side eye your ass into oblivion.

Fun fact: this movie was Dave Chappelle’s first major acting role. He kills it as Ahchoo, the African sidekick/comic relief. Ahchoo is pretty amazing, but if I had to pick one… that prize would go to Blinkin, as played by Mark Blankfield. Between the gasps and innuendos, Blinkin the faithful blind servant is one of my favorite Brooks characters. Favorite gag has to go to his sudden ability to see. I’d totally do that. We all know it.

I’m a simple creature. I also swing both ways, so there’s something for everyone in this category. Namely, Amy Yasbeck and Matthew Porretta. Yasbeck has always been one that’s been insanely pretty to me, which is out of character as I’m not really into redheads. Porretta is hot as hell as Will Scarlet O’Hara. Considering that he went on to play Robin Hood on T.V. a few years later, it was good training. The smoulder is strong with this one.

The list of dead relatives and Elwes’s increasingly horrified reaction has to be one of my all-time favorite scenes. Couple that with how it starts out, and it’s so great. Yes, it is indeed good to be home, Master Robin. 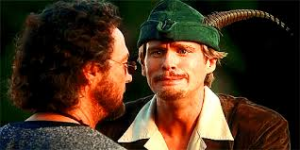 While it’s not the strongest of Brooks’s features, it certainly is a lot of fun. And that’s half the point of any movie. So go have some fun this weekend.