Warning: count(): Parameter must be an array or an object that implements Countable in /homepages/45/d96662078/htdocs/clickandbuilds/TheBackseatDriverReviews/wp-includes/post-template.php on line 316
↓
Home→Comedy→Weekend Movies: Five Reasons to Watch Seeking a Friend for the End of the World

Like a lot of people, I missed Seeking a Friend for the End of the World when it came out in 2012. The film didn’t perform that well at the box office, which is a damn shame because it’s surprising in the most peculiar ways. The story centers around Penny (Keira Knightley) and Dodge (Steve Carell), two people taking a road trip amidst the news that an asteroid is going to crash into the Earth and wipe out life. It’s charming and heartfelt in the face of absolute destruction. Here are five reasons to watch it this weekend. 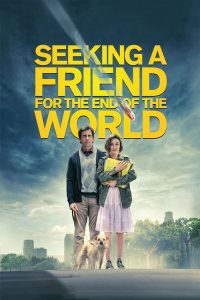 This film doesn’t sugar coat some of our experiences, and it makes sure to cram quite a few of them in. There’s the notion of the one that got away, impending death, and simple joys to name but a few. It’s a nihilist’s dream in terms of its existential crisis. Through it all, though, it’s honest without being overly mean. It tries hard to remain human in the face of total destruction, and that’s what makes it so special. With the surge of nihilist humor, I think this movie’s main problem was that it was ahead of its time.

Knightley and Carell are the big draws, but the little people along the way that they encounter really give you those moments of, “Oh, sweet, it’s [fill in the blank]!” You see people that would go on to make it big: T. J. Miller (pre-impending prison sentence), Gillian Jacobs, Amy Schumer. They’re relatively small parts, but the recognition is definitely there for a group of people that hadn’t hit it as large yet when they appeared in the film. It’s a cool easter egg effect. 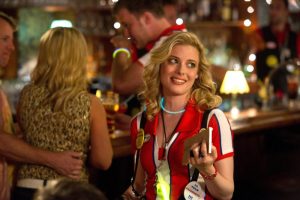 Knightley’s Penny can sleep like there’s no freaking tomorrow. As someone who has been struggling with sleep because her neighbors don’t get the concept that the hours for the laundry room in her apartment building (which happens to be right below her bedroom) are between 8 AM and 10 PM – NOT 2 AM – I am beyond envious of this ability. Petty as fuck? Yes. But I’m tired and I’m a bitch when I’m tired. Team Penny. Sleep for those of us that can’t, baby girl.

Carell manages to be a great person in this film without being the dreaded “nice guy”. A nice guy will always tell you how the world has done him dirty because no one wants to date him, and he will fly off the handle at the slightest provocation (frequent put downs include the size of your ass, your hotness going down exponentially after a polite no, and how much more money they have than you). A great person is a total gem that you never want to let go: they’re honest, they’re upfront, they’re sweet people, and they do things that are more so for your happiness than their own without an expectation of reciprocity. Carell’s Dodge is a great person. Watch it if only to fall in love a bit with this character. I must confess that I never thought of Carell as a romantic lead – he was always the comedy guy. One of his final lines is something we all want to hear, and his delivery is so spot on and believable that, if only for a moment, you fall in love with Steve Carell. 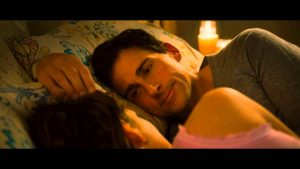 I dare you not to fall in love with him.

#5 – Different reactions to the end

The broad range of reactions to the inevitable death of the human race makes me smile. They really got everything. Some people will attempt to keep things organized. Some will descend into hedonism. Others will want to scream and cry for the things they never got to accomplish or experience. Most will want to be with their families and to reconnect with lost loves. This film gets the full spectrum, and it’s not obnoxious about it. The sense of balance is there, and it’s moving.

Seeking a Friend for the End of the World is available on Netflix.