Warning: count(): Parameter must be an array or an object that implements Countable in /homepages/45/d96662078/htdocs/clickandbuilds/TheBackseatDriverReviews/wp-includes/post-template.php on line 316
↓
Home→Comedy→Weekend Movies: Five Reasons to Watch Surviving Christmas

Okay, before anyone jumps on me for this one: yes, this is a Ben Afflect movie. No, I do not terribly like Affleck, and yes, he and his little band of merry men are most likely shit swizzlers that have intimidated and played the good-ol-boy game for the better part of 20 years in Hollywood. And yes, this movie did not do well at all with either the critics or the box office. Still, I like this movie for other things – namely, it’s a black comedy about unlikable people making questionable decisions at Christmastime. It’s not the movie 2017 needs – it’s the one we fucking deserve. Here are five reasons to watch 2004’s Surviving Christmas. 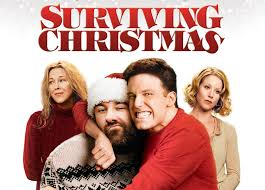 “Erin, how, pray tell, is this a selling point?” Ever have one of those moments when someone you irrationally dislike shows a dimension of themselves that completely validates that opinion? You know how good that feels? That’s what watching Affleck’s performance is like. His Drew is a successful man that no one wants to date or be around, and he attempts to hire a family to manufacture a perfect holiday. He lacks self-awareness and thinks he’s the best thing known to man. It’s sort of refreshing to see this coming from Affleck, because, well, he’s always sort of seemed like that guy. It’s that validation without having to leave your couch.

#2 – Money can’t buy happiness, but it sure as hell can try

As stated above, Drew hires a family to create the perfect Christmas. This reason is more so a statement on what we’re willing to do to get ahead in a world that sucks financially for most of us. Would I tolerate an obnoxious person for a week for $250,000? Yes. Yes I would. A lot of other people would too. There are two possibilities with this outcome: you can either look at it as the beginning stages of an evolving sport for the wealthy (seeing how much someone will put up with for a chance to break even), or a wake-up call to viewing the bonds of love and provision for one’s family in the face of difficult circumstances. Either way, it’s a point of meditation. 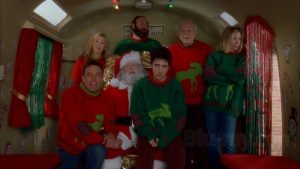 The familiar face of Christmastime togetherness.

Can we take a minute to talk about how great this actress is? Catherine O’Hara has fascinated me since I was a child. I first saw her in Home Alone and Beetlejuice as a kid, and she has always made me smile. Since then, I’ve watched her in so much, in everything from old SCTV episodes to Best in Show. To my daughter, she’ll always be Sally from The Nightmare Before Christmas – there’s a deep gratitude for that one, as the film meant the world to someone who means the world to me. This film is proof for me that you can’t stop watching her. It’s not the best role, but still, she manages to work her magic.

Hot damn, James doesn’t pack heat! Now given, Gandolfini made a career out of playing a mobster because he’s so good at it. However, it’s always nice to see an actor go outside of type casting and take on a different role. Seeing him as the grumpy patriarch of a struggling family was a nice departure. The good actors can make something new look completely seamless. It’s a good reminder that Gandolfini was more than just the mob – he could act. 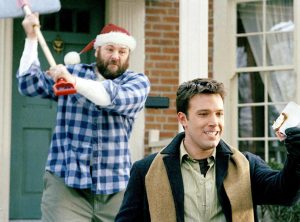 The holidays can be tough if you don’t fit the mold. There’s a sense of not having somewhere to go if you’re not close with family, or have differing circumstances. While the film isn’t always kind about it, the true sense of isolation this time of year is cruel and acute for those who feel it. So if you watch this, please try to see the other side of the coin: this time of year isn’t always about making things brighter or magic. Sometimes, it’s about getting through without reopening all of your old scars. Take that knowledge and try to be kind.

Surviving Christmas is available for rental on Amazon.