Warning: count(): Parameter must be an array or an object that implements Countable in /homepages/45/d96662078/htdocs/clickandbuilds/TheBackseatDriverReviews/wp-includes/post-template.php on line 316
↓
Home→Love story→Weekend Movies: Five Reasons to Watch The Clapper (2017) 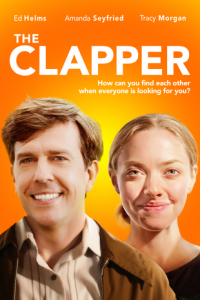 I’ve been trying to use the term “guilty pleasure” less, because you should own the things that give you joy. I am claiming a love of infomercials. Are they cheesy? Yes. Are they strange? Double yes. Do they feature hammy overacting that makes a third grade Thanksgiving play look Tony-worthy? Triple yes. I love it. It’s complete fun, and at 3 AM when you can’t sleep, it’s the freaking best.

This is a reality for more and more people: dating is expensive, and it sucks. Eddie and Judy want to go on dates, but, well, he’s an under-employed actor, and she’s a gas station attendant. No one is raking in the kind of money to go to the opera. They settle for splitting French fries and a soda, and you can tell that they are just happy to be in one another’s company. What’s beautiful is seeing the truth of how love unfolds: you don’t need money or flashy gestures. You simply need to be there and get to know the real person.

Not much matters with the right person.

As I said before, Eddie and Judy aren’t rolling in the dough. This is an uncomfortable aspect of modern life that some people would rather pretend isn’t there: way too many people are struggling to put gas in their cars while holding down jobs that don’t pay much. Eddie jumps through hoops to do things some of us take for granted, like making phone calls or using the internet. It’s a reality for more people than we want to see. If you only take away an appreciation for what you have, please watch this for that reason alone.

Believe it or not, some people don’t want to be famous. I know I certainly don’t – I just want to sit in my home and be a misanthrope that writes film analyses. I would hate to have a camera following my every move. Watching Eddie fall into fame is tough: he just wants to work. He doesn’t want his love interest harassed. He doesn’t want people stopping him on the streets. He wants to have a job, afford food and have a place to live. It’s a stark reminder that some people don’t want that circus, contrary to the belief that everyone does want that. 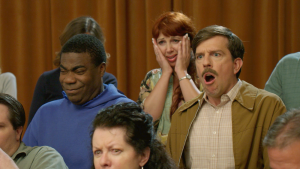 Without giving anything away, one of the recurring themes is that even if something sucks right now, life is going to get better. I won’t lie: the world is a harsh place, and there are more and more people checking out early every day. Seeing the theme that lemonade will get made out of lemons may seem corny and even patronizing, but it’s needed at this point. I don’t know how, but things will get better. They will.

The Clapper is available for streaming on Netflix.